‘It’s just not working out’: University of Utah police spokesman leaving the department

The spokesman hired to guide the University of Utah’s police department in the wake of criticism after a student was murdered on campus last fall has confirmed that he will be leaving after six months on the job.

Dan Metcalf said Wednesday that his departure was a “mutual agreement” with the school. And it comes shortly after Police Chief Dale Brophy also announced last month that he would retire in October amid the ongoing turmoil.

“With the chief leaving, I think it’s best for me to leave as well,” Metcalf said. “It’s just not working out. We tried.”

Because Metcalf will step down within the six-month “probationary period” set up by the university for all new hires — a window when individuals can be terminated without cause — he will not be getting a severance package, said U. spokesman Chris Nelson.

“That’s a time for the employee and the university to decide if it’s a right fit,” Nelson noted. In this case, he added, it was not.

The police department at the university has faced intense backlash in recent months over how it handled concerns reported by student-athlete Lauren McCluskey in the weeks before she was killed on Oct. 22. She was shot outside her dorm by Melvin Rowland, a man who she had briefly dated. He died by suicide hours later.

McCluskey had reached out to campus police several times, including that morning, to report that she was being extorted and stalked by Rowland. Many of those calls were not taken seriously, investigators found. A campus detective at the department didn’t open a formal case until Oct. 19. After that, she did not return to work until after McCluskey had been murdered.

Metcalf follows that detective and Brophy in leaving the department — though the university still has not said whether the detective quit or was fired.

Brophy had hired Metcalf as part of an effort to reform the campus police force. But it has continued to be dogged by questions and criticism since the murder.

In June, Metcalf took the brunt for some of that when the department held an awards ceremony to honor a dispatcher for how she responded to McCluskey’s concerns before her slaying, and two administrators for how they dealt with questions after it — despite a blistering independent review that found several staffers mishandled her case.

The University of Utah spent nearly $60,000 for public relations advice after Lauren McCluskey was killed

“I don’t think there’s anything wrong with recognizing folks who do their job well,” Metcalf said at the time, later adding: “These folks were doing a difficult job. That’s worth commending. There’s nothing obscene about that.”

The department, though, later apologized for including McCluskey’s name on the program after her parents raised concerns. Metcalf said that statement was “heartfelt.” He added: “We just felt it was necessary to do so.”

Most of his time and focus, he said, was absorbed by responding to the McCluskey case — months after it happened.

“I hoped to do things outside of reaction to the past,” he said. “And it doesn’t feel like that’s something that’s going to happen for me right now. It’s unfortunate that I don’t feel like I can tell those positive stories right now.”

Metcalf also responded to public concerns after a University of Utah officer last month crashed into a theft suspect who was riding a bicycle, sending the woman to a hospital.

Though the department has previously had a spokesperson, Metcalf was the first civilian to hold the position — which was recreated after McCluskey’s death. His spot will not be filled immediately, Nelson said. The school intends to defer that decision to the next police chief.

Metcalf said he has “a few leads” on what he’ll do next. He previously was a spokesperson for Cottonwood Heights. But the position at the U., he added, “isn’t what the department needs and doesn’t fit my skill set right now.”

END_OF_DOCUMENT_TOKEN_TO_BE_REPLACED 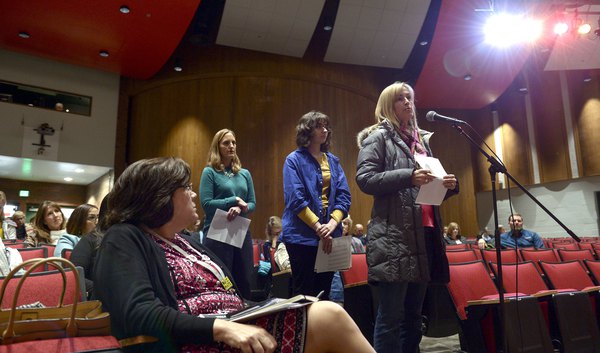 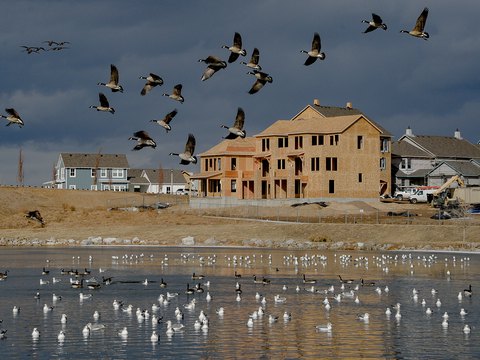 Olympia Hills is back for public debate, with plans to make it Utah’s new Daybreak — only with more jobs nearby
By Tony Semerad • January 12 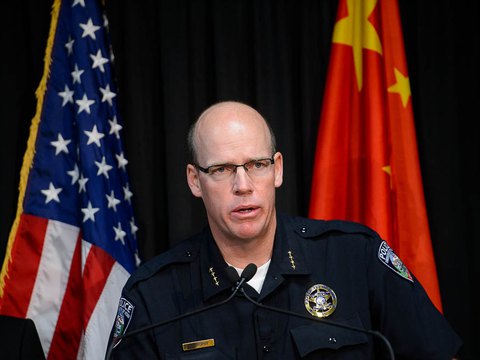 David Brooks: Joe Biden is stronger than you think
By David Brooks | The New York Times • 27m ago