For the second year in a row, Westminster College will not publish the results of a campus survey about sexual assault — even as the federal government is investigating the school for potentially mishandling such a case.

In 2016, school officials said few students participated. This year, they said participants did not represent the diversity on campus.

Student leaders told The Salt Lake Tribune their peers were not taking the survey seriously: It was too long, administered too late in spring semester or had language that did not seem gender-neutral.

But school officials "still don't know why it didn't work and are trying to figure out how to motivate the entire student population to participate in these surveys," said Krista DeAngelis, a school spokeswoman.

And they're not going to try again until 2019, DeAngelis added.

Colleges across the U.S. have been moving toward conducting these surveys — meant to assess the prevalence of sexual assault and perceptions about campus services — after a push in 2014 from the Obama administration. The Utah Board of Regents this year approved a policy urging public campuses to survey students on these issues. Westminster is one of at least six of Utah's 10 largest colleges to do so.

Survey results can help colleges better understand whether students are being served appropriately by Title IX, a federal law that bars sex discrimination on campus. Under that law, schools must address sex assault by not only disciplining offenders but also protecting victims and eliminating the "hostile environment" created in the aftermath of an attack. A student who may have been the victim of a sexual assault is entitled to immediate services, such as changes in their housing and classes or more lenient deadlines.

The University of Utah has published findings from its survey, and Brigham Young University has said it plans to release its results in the fall. Both schools, along with Westminster, are under federal investigation for their handling of sexual assault complaints.

A 'tricky' task • After too few students responded to Westminster's survey in 2016, DeAngelis said, the school revamped it, including trimming it so it took 15 to 20 minutes to complete instead of 45.

Officials also launched a marketing campaign, which included posters, emails and outreach to classes and clubs during the two months the survey was open, said Sabi Lowder, student body vice president and Title IX student adviser. She added that students who completed it also could be entered into a drawing to win small gift cards.

"Getting people to respond is tricky," Lowder said. "Some people don't think it's a real issue. They don't believe it affects them."

In October 2016, the Department of Justice published best practices, advising schools that surveys should take about 15 minutes, and that students were more likely to respond if they received a $20 to $25 incentive.

Ben Pok, Westminster's student body president, said students told him some questions "made it seem like women were always the victims: It patronized and belittled them. Some saw [the wording] as men being attacked."

Von said Westminster used a survey from the Office for Violence Against Women and Bureau of Justice Statistics.

Pok also suggested doing the survey in the beginning of the semester, instead of from February to April when students are busy with classes.

The feds suggest the survey should be administered toward the end of the school year.

Recent graduate Elijah Carter, a psychology major, said he took the survey because he understands the importance of gathering a wide range of responses. But most of his friends did not participate, he said, often complaining about the number of surveys they were asked to take.

Others, who were active in sexual assault prevention on campus, felt the questionnaire was superficial attempt by the school to look like it was doing something, Carter said. "They felt ... that it wasn't good enough," he said.

'Moving the needle' • The Utah Board of Regents approved a policy in January that, in part, called on public colleges to conduct these surveys every two years. Responses help with "making sure they're training students, faculty and staff on the issues," said Geoff Landward, assistant commissioner of higher education for policy and law. "We want to know if we're moving the needle."

The U. had released the results of its survey three months earlier, even though only 14.4 percent — or 4,014 — of degree-seeking students as of January 2016 responded.

U. officials have said they will use these results to improve their services.

Utah State University conducted a campus climate survey in the spring and spokesman Tim Vitale said the school expects to release the findings later this summer. The survey was open a few weeks, and Vitale said about 45 percent of the 23,000 students sent the survey responded. About 41 percent of those individuals were male.

Three former USU students have been accused in high-profile sexual assault cases in the past two years. Vitale credited the school's high response rate to the issue being on students' minds, and to the school "being proactive as we address the issue on many fronts and from many angles."

He said USU advertised the survey through email, posters and on the student online portal. It also had a drawing each week the survey was open for a $100 Amazon gift card.

Utah Valley University has conducted a survey for the past two years, said Layton Shumway, UVU spokesman, but officials have not published the results. "We intend to continue on an annual basis," Shumway said. "We're using the data to help inform and improve our Title IX operations."

Dixie State University in St. George does not ask students to complete a climate survey, but spokeswoman Jyl Hall said employees were asked to take the "Great Colleges to Work For" survey in 2014 and last spring semester.

Westminster and BYU are private institutions exempt from the state's new policy. However, BYU conducted a survey during spring semester and plans to release the results in August. The survey was one of 23 recommendations from an advisory council convened after BYU came under scrutiny for its handling of student sexual assault reports.

BYU's survey was open for about a month starting in March, and about 29,500 students who were 18 or older and registered for at least six credits were invited to participate. About 13,800 students — 46.8 percent — responded.

Carri Jenkins, a BYU spokeswoman, said she believes the response rate was so high because students were alerted to the survey via weekly email and the survey was open for an extended period of time. Participants were entered into a drawing for 100 iPad minis or equivalent cash, she said.

"We were also pleased to see that the participants matched BYU's student body in terms of demographics, with even the colleges represented proportionately to our student population," said Ben Ogles, dean of the College of Family, Home and Social Sciences.

END_OF_DOCUMENT_TOKEN_TO_BE_REPLACED 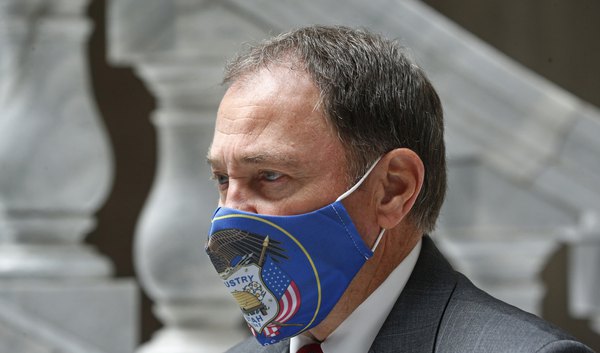 Amazon offers to train Utah teachers, for free, in how to prepare students for cloud-based jobs
By Sean P. Means • 2d ago 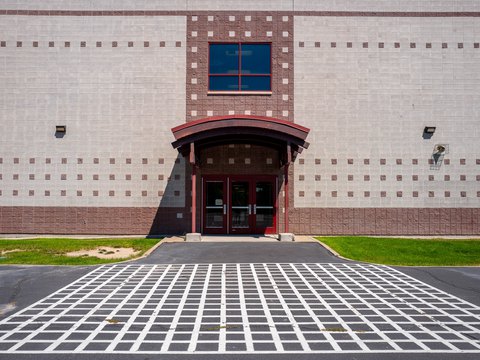 Utah ends ‘modified quarantine,’ will not allow kids exposed to COVID-19 to attend school after all
By Courtney Tanner • 2d ago

END_OF_DOCUMENT_TOKEN_TO_BE_REPLACED

Coronavirus testing: How it works, why Utah’s tests are down, and what’s coming next?
By Andy Larsen • 8m ago
END_OF_DOCUMENT_TOKEN_TO_BE_REPLACED