Campus safety • Students who report sexual assault won’t be referred to the school’s Honor Code office for violations found during an investigation.

Brigham Young University announced Friday it has formally adopted an amnesty policy for victims or witnesses of sexual assault, a move it had pledged to make last year after the school came under fire for practices that some said discouraged students from reporting abuse.

Going forward, students who are victims or witnesses will not be referred to the private school's Honor Code Office, and will "not be disciplined by the university for any related honor code violation occurring at or near the time of the reported sexual misconduct unless a person's health or safety is at risk."

When students who report assaults have violated the Honor Code, the university "may offer and encourage support, counseling or education efforts," the new amnesty policy says.

A "leniency" provision adds that unrelated Honor Code violations discovered during a sexual-misconduct investigations will, "generally," be handled so that the student can remain in school "while appropriately addressing these concerns."

The policy applies to BYU's campuses in Hawaii and Idaho, as well as to LDS Business College in Salt Lake City.

BYU, owned by The Church of Jesus Christ of Latter-day Saints, enforces an Honor Code that forbids alcohol, coffee and premarital sex; imposes a dress code and curfew; and bans expressions of romantic affection between people of the same gender.

Scrutiny of BYU's policies began in April 2016, when then-student Madi Barney spoke out at a campus rape awareness conference about how Title IX personnel treated students who reported sexual assaults. Campus Title IX offices are tasked by the federal government with eliminating sexual violence on campus and extending services to victims.

Barney later launched an online petition calling on the university to adopt an amnesty policy to allow victims of sexual assault to report crimes without fear of school discipline.

The new policy "sounds nice," Barney said Friday, "but the language is so loose that this could hypothetically not change anything."

The wording of the leniency provision also could allow the school to "shame and victim-blame, even if they hypothetically don't press an Honor Code violation," she said.

Spokeswoman Carri Jenkins pointed to the confidentiality portion of the new policy, which prohibits Title IX from sharing an alleged victim's name with the Honor Code Office unless health or safety is at risk.

If an investigation turned up evidence of past Honor Code violations, Jenkins said, a victim or witness would be shielded from expulsion or school discipline.

"It's absolutely critical that students and others understand the confidentiality portion," she said. "No information will ever be shared between the Honor Code Office and the Title IX office."

Julie Valentine, a BYU nursing professor who served on the advisory council that recommended the school provide amnesty to victims and witnesses, said the goal of the new policy is to encourage the reporting of sexual misconduct.

The policy's caveat regarding health and safety are standard language for universities, she said, and meant to preserve campus safety. Investigations might produce information that warrants discipline if, for example, students are accused of making threats against their peers or dealing drugs, she said.

"A university would want to be able to intercede to protect the health and safety of the individual or other people," she said.

And offered counseling would be provided by BYU or community partners as needed, she said, and would not penalize a victim or witness in any way.

"If they need counseling, therapy, additional support, we'll make sure that they receive that," she said. "It's not specified because that would be something that would be individualized."

The school on Friday also announced that it has closed a survey it launched in March to gauge student attitudes about sexual assault and its prevalence on campus. Almost 43 percent of its students completed the survey, BYU said.

"We believe that the data gleaned from this survey will provide vital information for guiding our efforts to help keep students safe," said Ben Ogles, dean of the College of Family, Home and Social Sciences, in a news release. Ogles was a member of the advisory council along with Valentine, student life vice president Jan Scharman and international vice president Sandra Rogers.

A summary of the survey results will be released in the fall, according to the news release.

In 2016, The Salt Lake Tribune heard from more than 50 current and former BYU students who said they were assaulted while attending the school. A dozen said they were investigated or punished under the school's Honor Code after reporting to the Title IX office that they'd been sexually assaulted or raped. Students said school officials probed their conduct, reviewing curfew violations, what they were wearing, and even their communications with others about the Honor Code process — although the students had said they had not consented to sex.

Others said they'd never reported their attacks because they feared doing so would result in being kicked out of school, losing their housing and being disciplined by local church leaders.

BYU's new policy states that being a victim of sexual assault is "never a violation" of the Honor Code. "BYU strongly encourages the reporting of all incidents of sexual misconduct so that support services can be offered to victims … and sexual misconduct can be prevented and stopped."

The language closely adheres to what the advisory council drafted in October, when it released a list of 23 recommendations for improving the school's handling of sexual-assault reports.

Other recommendations included physically separating the Title IX Office from the Honor Code Office, as well as adjusting the chain of command so that the leaders of those offices reported to different administrators. Most of the measures immediately were adopted by BYU, but Honor Code amnesty required a change in official policy and therefore "further review" by the university before being finalized. In the eight months since, BYU said, it has been operating under the guidelines offered in the panel's report.

END_OF_DOCUMENT_TOKEN_TO_BE_REPLACED 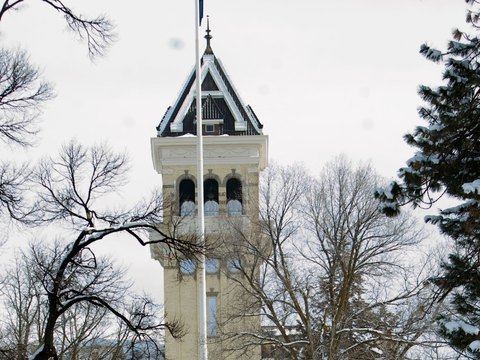 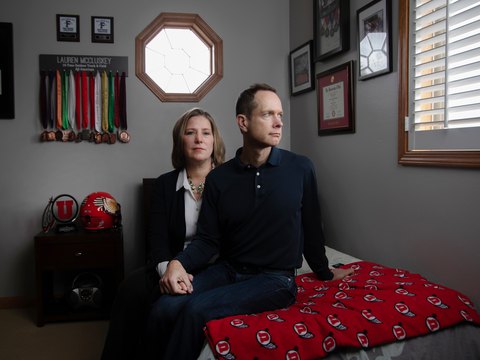