Utah State denies it knew about multiple reported sex assaults, asks for lawsuit to be dismissed

Utah State University is asking for the dismissal of a lawsuit filed by a former student who accuses school officials of not taking action to prevent her sexual assault.

Victoria Hewlett sued the Logan school in November, claiming that when she was raped in July 2015 by Jason Relopez at the Sigma Chi fraternity house, school officials knew that five other women had already reported being sexually assaulted by him.

The university is asking for the lawsuit to be dismissed with prejudice, denying both that the five other women had reported Relopez and that administrators were aware that Relopez had "committed multiple Student Code violations including violent offenses in a series of incidents that, taken together, created a hostile environment for female students, including but not limited to Victoria Hewlett," as Hewlett claims.

Relopez, 28, was sentenced to a year in jail in May 2016 after admitting to raping Hewlett and another USU student, Morgan Klinkowski.

School emails obtained by Logan police — and later released to The Salt Lake Tribune through an open-records request — show that in November 2014, an adviser from Klinkowski's sorority contacted Kevin Webb, USU's Greek adviser, to report that Relopez had sexually assaulted a student in that sorority and had "been verbally, emotionally and physically abusive" to other women.

Webb and two other Utah State officials — all named in Hewlett's suit — then met with Relopez. They told him he "had been brought up in conjunction with a sexual assault," according to minutes from that meeting, and that he was on USU's radar and would be expelled if they found out the allegations were true.

A few months later, still a USU student, Relopez raped Hewlett. She reported him to police, who arrested him; he was subsequently suspended by USU.

In court documents, the university acknowledges Webb received that email and that officials did meet with Relopez about an anonymous report. But it denies that meeting was "concerning the allegations of rape reported by" Klinkowski.

USU's filing also says officials "generally admit" they told Relopez he was on the school's "radar," but says that if officials "learned of any of the allegations being true, Relopez would have been potentially subjected to the penalty of expulsion from school."

It also says that its actions "were reasonable and justified under the circumstances, and/or it did not rise to the level of conscience shocking behavior and/or did not constitute deliberate indifference."

Schools are also required to protect victims and eliminate the "hostile environment" created in the aftermath of an attack. A student who may have been the victim of a sexual assault is entitled to immediate services, such as housing changes and class adjustments or more lenient deadlines.

Hewlett alleges in court documents that she wasn't provided any services required under Title IX, a claim the university denied.

She also is suing USU for violating Title IX and for breach of contract related to the student code, which "contains the promise that defendant Utah State will properly and appropriately respond to reports of sexual assault, violence and harassment in order to ensure the safety of all students."

The university denies that, legally, the Student Conduct Code is " 'an agreement' or 'promise' between the university and its students."

It also claims that Hewlett's alleged injuries and damages "resulted from [her] own actions or omissions, or from the acts or omissions of third parties over whom [the university] had no affirmative link, authority or control."

Hewlett also is suing the local chapter of Sigma Chi — Gamma Kappa — alleging that it was aware Relopez was a threat and did nothing about it. The national Sigma Chi corporation and the Gamma Kappa Alumni Foundation, which maintain control over the chapter's members and operations, also are being sued.

Gamma Kappa, in documents, denied that women were "sexually abused in its fraternity house or during social events hosted by" them.

The location of Hewlett's assault was not disputed in Relopez's criminal trial.

The July 2015 night she was raped, Hewlett says in court documents, Relopez locked her in his bedroom in the fraternity house. A friend tried to get the house manager to open the door, but he refused, saying "Relopez had rented the room, so no one could ever enter without his permission," documents state.

All fraternity defendants denied these claims, saying they didn't have sufficient information to determine whether the allegations were true.

Hewlett claims Sigma Chi was aware that Relopez had raped Klinkowski in 2014 and that he had been abusive toward other women. All three fraternity defendants deny those claims.

Gamma Kappa admits that Relopez was elected as risk manager but denied that he held the position at the time of the attack.

"The injury and damages allegedly sustained by [Hewlett] may have been proximately caused by the fault or negligence of other persons or entities that are not parties to this lawsuit and the fault of such third parties should be quantified and any recovery made by [Hewlett] reduced accordingly," Gamma Kappa wrote in documents, adding that they intend to place fault on Relopez.

END_OF_DOCUMENT_TOKEN_TO_BE_REPLACED 14 more Utah schools shift online this week, including the first elementary to have an outbreak
By Courtney Tanner • November 18 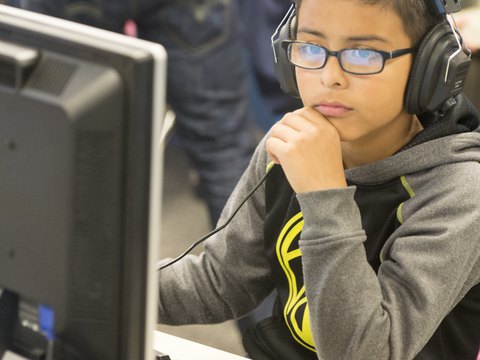