When it comes to wage equity, one thing seems to be generally true: Men think women are earning equal pay; women do not.

That’s consistent with what Utah Valley University business professor Susan Madsen has seen as she’s worked on the wage gap with institutions and businesses in Utah, across the country and around the world.

“That’s the bias, that’s the stereotype. Men just don’t see the issues that women do,” said Madsen, founder of the Utah Women and Leadership Project, who on Wednesday published her latest report on pay inequity in Utah.

That difference also is reflected in a new Salt Lake Tribune/Hinckley Institute of Politics poll, which found that a majority of Utah men — 67 percent — believe women definitely or probably are paid the same as male employees.

Women disagree: 56 percent said their gender is definitely or probably behind.

The poll of 614 registered voters was conducted July 18-21 by Dan Jones and Associates and has a 4 percent margin of error. A majority of respondents in nearly every demographic group — from political and religious affiliations to age and education — shared the mens’ point of view.

Only Democrats (58 percent) and those who consider themselves liberal or very liberal (59 percent each) shared the womens’ viewpoint.

Utah’s culture and the gap

Simply stated, the wage gap is the difference in men and women’s median earnings. Data from the U.S. Census and the 2015 American Community Survey shows that the national median wage for men is men $51,212 annually; for women, it’s $40,742, which pencils out to 80 cents on the dollar when compared to men.

In Utah, the disparity is greater, according to Madsen’s new report, which relies on national and local data. Here the median pay for men is $50,741, and for women, $36,060, or 71 cents on the dollar. It’s the third largest disparity in the nation.

Multiple factors contribute to the gap, Madsen said, but education is at its heart.

Utah graduation rates for women have lagged behind other states and fewer women choose to pursue careers in science and technology, which typically offer higher pay. Utah women are more likely to pursue social work, nursing, teaching and other traditionally female-dominated jobs that historically have lower pay.

Part of the solution, Madsen said, is getting the message out to girls and their parents that their opportunities are broader than they might think.

“If girls don’t think they can choose any major,” she said, “then they really don’t have a choice.”

Utah’s unique culture — where 60 percent of the population are members of The Church of Jesus Christ of Latter-day Saints, contributes to the gap, even though the state has a robust economy and some of the fastest-growing incomes, Madsen’s report says.

Church leaders emphasize marriage and motherhood as high priorities for women, and Utah has high rates of marriage, fertility and a large average household size.

“Many women in the state prioritize family during their key earning years,” the report states, which can leave them at a disadvantage for both potential and actual pay.

Other Utah factors cited in the report: A lack of career planning by women, because they believe motherhood will be their primary job; the propensity of women to work part-time or take career breaks to care for their families, and socialization that can leave women uncomfortable in some work situations, such as negotiating for higher pay.

Fighting the gap at Zions Bank

“There are still cultural issues in organizations, where systems and processes and practices are just not what they should be to really have unbiased workforce practices,” she said.

Forward-thinking businesses, which are willing to examine their cultures and make changes, are critical, her report says.

Companies that meet the needs of female employees, such as offering flexible schedules and eliminating wage disparities, will benefit both financially and culturally, she said.

Utah’s Zions Bank started that process years ago, said CEO Scott Anderson. It regularly examines compensation to ensure gender and race equity at every level, from tellers to executive vice presidents, he said.

“You can have equal opportunity, but if you don’t have equal pay, then you are not treating people fairly and the opportunity is not as great,” Anderson said.

“What we’ve found,” he said, “is that is that we have very few cases of unexplained disparities, and in those cases where there are pay differences that can’t be explained, we take immediate corrective action.”

Corrections can be made for men and women, he said. Zions also publishes job wage data internally and has a process for employees to seek a salary review without any repercussions.

“I truly believe if we do [increase opportunities for women] that our economy will be stronger and our community will be better,” he said.

Awareness of the pay gap has increased in recent years, Madsen said, thanks to initiatives across the state aimed at chipping away at disparities in everything from education to business.

In Utah, 61 percent of women ages 16 and older are working, according to the Department of Workforce Services. That’s higher than the national average of 59 percent.

Overall, 44 percent of Utah’s labor force is women, including 58 percent of all married women.

The National Partnership for Woman and Families estimates that Utah’s wage gap shortchanges female employees by $7.3 billion every year.

Eliminating the wage gap, the partnership predicts, would on average put enough money in working women’s pockets to cover more than 10 months of mortgage and utilities payments, more than a year of child care expenses and close to two years of grocery bills.

Women are the sole breadwinners for 88,000 Utah households, 25 percent of which live below the poverty line, according to a new Utah Women and Leadership Project report.

Poverty increases in homes headed by women with children, according to the report. About 37 percent of families with children ages 18 and younger in the home live below the line, and it goes up to 47 percent when the kids are under age five.

Utah policymakers can help close the gap by looking at best practices in other states and enacting new laws, or strengthening existing ones, that encourage equity, Madsen’s report says.

But former Utah Rep. Jennifer Seelig, a Democrat from Salt Lake City, had a cool reception to her effort to push for pay equity in 2014.

“Some of the responses I had to the bill were the most venomous out of anything else I ever ran,” Seelig said.

What emerged, however, was the 11-member Women in the Economy Commission, which researches the participation of women in the state’s workforce.

As a matter of policy, Seelig said, addressing the wage gap would benefit the state.

“It gives families more choices,” she said, noting that men also would benefit by having more options for their own employment and in their partnerships with their spouses.

But Seelig said The Tribune’s poll shows a critical lack of awareness of the wage issue. She chalks that up to the “phenomenon of being in context,” and not being able to look outside one’s own experience.

“When you have to write legislation or take action to help facilitate equity of opportunity, then what it says is that all of us in a society have not been operating in a sense of fairness in the past,” she said. “We have to own that and that’s hard.”

END_OF_DOCUMENT_TOKEN_TO_BE_REPLACED 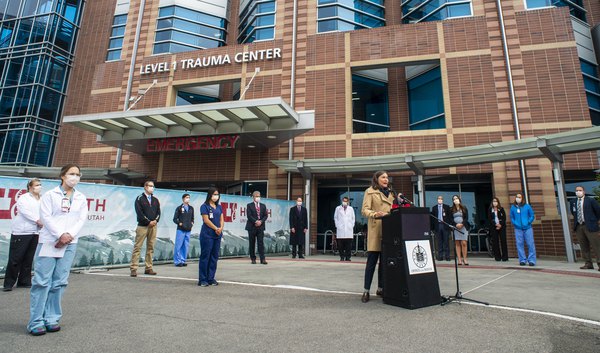 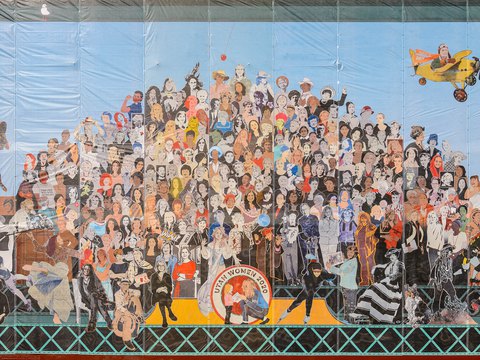 END_OF_DOCUMENT_TOKEN_TO_BE_REPLACED

Sheriff apologizes to family of mentally ill man killed by Unified police, but says shooting was justified
By Paighten Harkins • 7m ago
Olympus edges Bonneville for 5A girls soccer state title
By Alex Vejar • 18m ago