Sexual misconduct, including with underage girls, is alleged in FBI affidavit that details recordings from Bateman and other statements

(Trent Nelson | The Salt Lake Tribune) Girls are taken into protective custody at the home of Samuel Bateman following an FBI raid in Colorado City, Ariz., in September. An FBI affidavit released Friday details recordings from Samuel Bateman and other statements that allege sexual misconduct, including with underage girls.

Samuel Bateman first said he felt prompted to take his own teenage daughter as his wife, his family later told investigators, in early 2019.

Soon after, his wife and daughter left his home in Colorado City, according to the FBI, where Bateman had been raised as a member of the polygamous Fundamentalist Church of Jesus Christ of Latter-Day Saints.

But the next spring, Bateman began gathering young women, and then girls, and then the adult wives of his male followers as his own wives. He later directed and participated in group sex acts with them, according to accounts detailed in a federal court document filed Friday.

(Trent Nelson | The Salt Lake Tribune) FBI agents conduct a search of a home where followers of Samuel Bateman live in Colorado City, Ariz. in September.

Some of the descriptions are from Bateman, the document said, drawn from recordings made by a Colorado City woman who helps members of the polygamy community and her husband, who was filming a documentary.

In one example, Bateman told the couple that Heavenly Father had instructed him in early November 2021 to “give the most precious thing he has, his girls’ virtue,” to three of his adult male followers while he watched, according to an affidavit from Special Agent Dawn A. Martin.

Martin said she listened to the audio recording of that conversation from November 2021 as Bateman drove the couple home in one of his two Bentleys.

Bateman said the girls had “sacrificed their virtue for the Lord,” Martin said, noting one of the three girls he described was 12 years old at the time.

“God will fix their bodies and put the membrane back in their body. I’ve never had more confidence in doing his will. It’s all out of love,” Martin quoted Bateman. 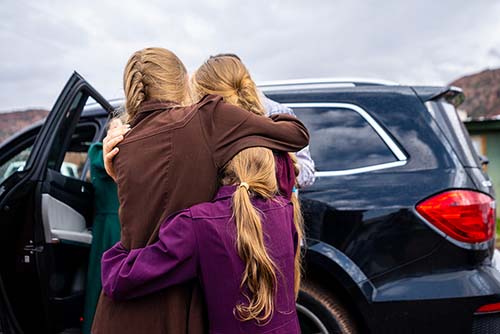 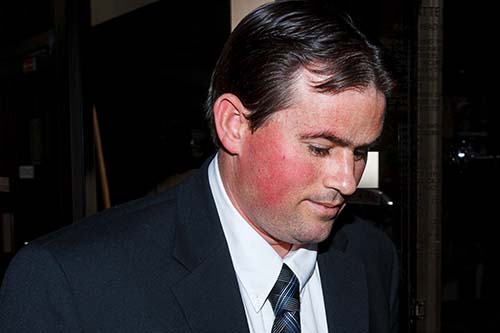 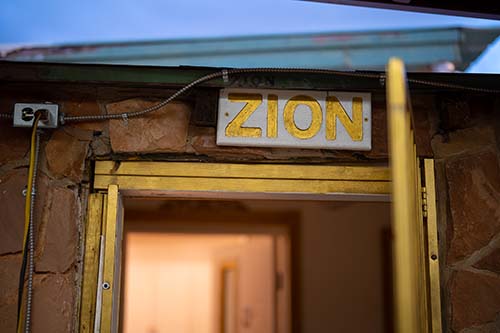 A screenshot of an affidavit from FBI Special Agent Dawn A. Martin, filed in federal court in Spokane, Wash., on Friday. Martin describes an investigation into Samuel Bateman and the disappearance of eight girls from state custody in Arizona. The girls were found in Spokane Thursday.

Martin’s affidavit was filed Friday in federal court in Spokane, Wash. — where eight girls who had been removed from Bateman’s homes by the Arizona Department of Child Safety were recovered Thursday. The girls had disappeared Sunday from group homes in the suburbs of Phoenix.

Bateman, 46, has been in jail in Arizona since the FBI raided his two homes in Colorado City on Sept. 13. Agents were looking for evidence of underage marriages or sexual relationships between adults and children, according to a copy of the search warrant shared with The Salt Lake Tribune. Girls were briefly removed and then returned. Then nine girls were taken into state custody the next day.

Bateman has not been charged with sexual abuse, though Martin’s affidavit said the FBI has probable cause to believe he and others transported minors between Arizona, Utah, Nevada and Nebraska to engage in illicit sexual conduct between May 2020 and November 2021.

Bateman “began to proclaim he was a prophet” in 2019, Martin said in her affidavit. In his small offshoot of the FLDS faith, he has “approximately 50 followers and more than 20 wives, many of whom are minors, mostly under the age of 15.”

Most of the wives are daughters, sisters and mothers drawn from two extended polygamous families, she said.

Members of the group that began following him told The Tribune that in 2019 Bateman joined a group of FLDS people who had moved to Nebraska for work.

J.J., one of four wives of a man who began to follow Bateman, told Martin that two of her young adult daughters who were living in Nebraska became Bateman’s first plural wives. J.J. described a series of marriages that followed, beginning in approximately May 2020, as followers moved between Nebraska and Utah.

(Trent Nelson | The Salt Lake Tribune) Girls huddle together before being removed from the home of Samuel Bateman by the Arizona Department of Child Safety, in Colorado City, Ariz., on Wednesday, Sept. 14, 2022. An affidavit filed by the FBI allege Bateman had as many as 20 wives, with some under the age of 15.

The eight girls recovered in Spokane are listed in the affidavit as wives of Bateman. The young woman who was with them when they were found — Moretta Rose Johnson — also became a wife of Bateman when she was under age 18, according to the affidavit.

Johnson gave birth seven months after she turned 18, indicating the baby was likely conceived when she was 17, Martin noted. Johnson is accused of kidnapping in a federal complaint that also accuses two other women of kidnapping.

One of the two other women was arrested Thursday in Colorado City; the status of the third woman is unclear.

In the summer of 2022, J.J. began sharing her concerns about Bateman to the Colorado City woman known for helping the polygamy community. J.J. eventually was interviewed by Martin, the FBI agent said.

J.J. described witnessing multiple occasions in 2020 when Bateman gathered followers to have sexual contact with him or each other in a group setting, the affidavit said. J.J. alleged that girls were at first made to watch sex acts, but on later occasions touched Bateman. Children cannot legally consent to sex acts with adults.

J.J. also told Martin that Bateman described directing an adult male follower to have sex with a girl in the November 2021 gathering that followers later referred to the “Atonement,” the affidavit said.

On Nov. 23, 2020, a woman called the Colorado City Marshal’s Office to allege that Bateman married a girl born in 2009. An officer met the girl and her father — who was a follower of Bateman’s — at the small airport in Colorado City, Martin said.

The father said “the stories were just rumors,” she said, and the girl denied having a relationship with Bateman.

The next day, a woman called the Marshal’s Office and alleged Bateman had married one of her granddaughters, a girl born in 2011, Martin said. That girl is the sister of the child the officer had spoken to the previous day.

Later on Nov. 24, 2020, the grandmother called the Iron County Sheriff’s Office to allege Bateman was kidnapping her grandchildren. An officer “stopped Bateman, detained him, and interviewed all the adult occupants of the vehicle” he was in, including the mother of the two grandchildren.

The mother “told sheriff’s officers she was going to marry Bateman and she and the girls were there of their own free will,” Martin wrote.

A parent of each minor in the vehicle “said their children were fine with Bateman,” Martin added.

Officers contacted J.J. that day because one of her daughters was in the vehicle. J.J. said “she knew her daughter was with Bateman and that she was not in danger,” Martin wrote. “She explained she only said that at the time because she was fearful of repercussions for the girls if she said otherwise.”

Bateman’s teenage daughter was interviewed the next month, but no further action by officers in Colorado City or Iron County is described by the affidavit.

Around that same time, in about November or December 2020, Bateman drove to the Colorado City couple’s home “in a large SUV packed with women and girls,” Martin wrote, adding that “Bateman introduced everyone as his wives.” The youngest was the girl born in 2011, she wrote.

A year later, in November 2021, the Colorado City woman contacted law enforcement and said she had recorded a conversation with Bateman and three of his wives, as they described the “Atonement” gathering. That and other recordings of Bateman and his wives were turned over to law enforcement at that time, Martin wrote.

Eventually, in the summer of 2022, J.J. began to confide in the woman about her concerns about Bateman, Martin said. The woman recorded their conversations and shared those recordings with law enforcement as well, Martin wrote.

And then in early August 2022, J.J. agreed to be interviewed by Martin, and she shared what she had witnessed. In her statement, J.J. acknowledged having sex in front of minor girls, Martin wrote.

Bateman was arrested on Aug. 28 — but not by the FBI, and not based on any of the allegations described in the affidavit.

The Arizona Department of Public Safety pulled Bateman over near Flagstaff because, authorities said, he was towing a box trailer with girls riding unsecured inside. He was arrested and later released.

On Sept. 13, however, the FBI raided Bateman’s two homes in Colorado City, looking for evidence of underage marriages or sexual relationships between adults and children, according to a copy of the search warrant shared with The Tribune.

Bateman has been in jail in Arizona since then. He faces with three counts of child abuse related to the girls riding in the trailer; he also faces federal charges for allegedly instructing his followers to delete the messaging app Signal from his phone after he was arrested in the traffic stop. He has not been charged with any allegations of sexual abuse.

Nine girls were briefly removed from Bateman’s homes on the day of the FBI raid and then returned, but they were taken into state custody the next day. Eight of those nine girls were recovered in Spokane on Thursday. Their whereabouts now are unclear. 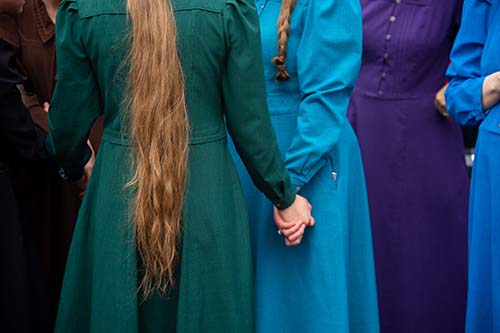 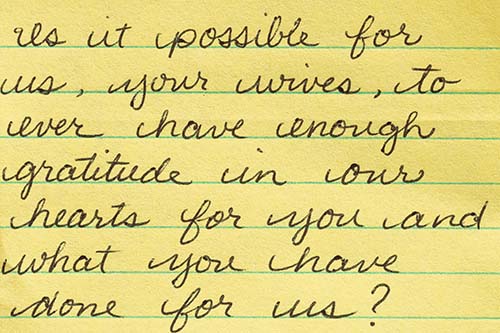 Officials took girls from a historically polygamous community on the Utah-Arizona border. Then the girls went missing.