Unified police are seeking information related to the fatal shooting of a 21-year-old man in Millcreek early Sunday.

Detective Kevin Mallory said that officers went to 635 W. 3900 South around 12:30 a.m. after a passerby called in to report a shooting victim at the car wash located there.

That man — later identified as Manuel Felipe Gonzalez-Cortez — was transported to the hospital, where he died.

Mallory said that officers are pursuing a few leads but have been hampered by an apparent lack of witnesses.

“We really don’t have a whole lot. I’m hoping to have a little more by [Monday],” Mallory said. “As of right now, we don’t have any witnesses or really any information on a suspect. And so we have to rely on the forensics, which can take a little bit of time.”

‘Out of control’: When Utah schools opened in a coronavirus hot spot
Evacuations lifted for Utah County residents impacted by Range Fire, which is now moving north
Police release name of suspect killed by officers during Tooele hostage situation
Homes evacuated as fire near Provo Canyon rages; A ‘human-caused’ blaze breaks out in Summit County

He said that officers are canvassing the area hoping to find any security footage that may have captured the shooting.

He also urged anyone with information on the case to call dispatch at 801-743-7000, stressing that individuals providing information can choose to remain anonymous.

END_OF_DOCUMENT_TOKEN_TO_BE_REPLACED 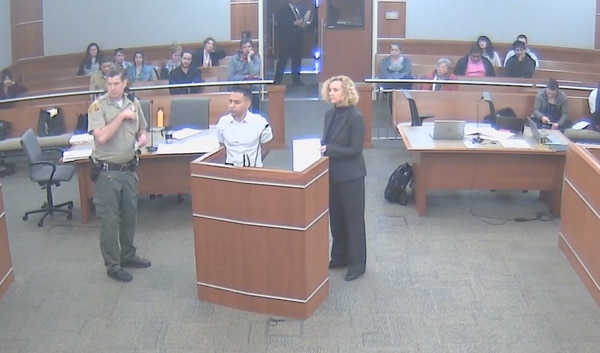 Utah man sues public defenders, alleging they conspired to put him in jail
By Jessica Miller • 5h ago