Editor’s note • The Salt Lake Tribune is providing free access to critical stories about the coronavirus. Sign up for our Top Stories newsletter, sent to your inbox every weekday morning. To support journalism like this, please donate or become a subscriber.

Health officials are urging Gov. Gary Herbert to return coronavirus restrictions to the “orange” level statewide if Utah does not get down to an average of 200 new cases per day by July 1.

During the past week, the state has averaged more than twice that many, about 470 new daily cases.

“We are quickly getting to a point where the only viable option to manage spread and deaths will be a complete shutdown,” warns a memo that Dr. Angela Dunn, the state epidemiologist, distributed Friday to state and local health officials.

The Utah Department of Health document — which Dunn said was presented to leaders of the state’s coronavirus response — states that contact tracing and testing will not be enough to curb the rapid spread of COVID-19.

UDOH brief by The Salt Lake Tribune on Scribd

A surge began 12 days after Herbert loosened restrictions by moving nearly all of the state to “yellow” or low-risk status, the memo notes. On Monday, the state reported 444 new cases — the 26th consecutive day with more than 200 new cases.

“This might be our last chance for course correction,” the memo states. “Utahns care about these colors. They change their actions based on them. They are the key messaging tool to the public.”

The memo is the strongest statement yet by Dunn and others at the state health department about an infection curve that has escalated from a plateau to a redrock pillar. Last week, a Twitter user noted a health department coronavirus webpage removed the words “It’s Working, Utah” from a headline that now just says “Stay Strong, Utah.”

A prepared statement Monday from the governor’s office said Herbert shares the concerns of Dunn and her colleagues at the health department.

Coronavirus in Utah: Three more die and nearly 400 new diagnoses are reported as part of ‘dramatic’ rise in cases

Reports of child abuse in Utah are down. Experts say it’s because schools closed early with COVID-19.

“Her memo was prepared specifically to help frame key issues for this week’s leadership deliberations about how to address the surge in cases,” the statement said. “Dr. Dunn will be a part of those consultations, and her analysis will be front and center in our meetings.”

Later, on Monday evening, Herbert tweeted that he appreciated the memo and vowed to work to slow this surge but said he has “no plans to shut down Utah’s economy.”

Dr. Dunn’s internal memo raises alarm about the increasing COVID-19 cases in Utah. I appreciate her analysis and share many of her concerns. We will work to stem this tide, but I have no plans to shut down Utah’s economy.

[Read more: Coronavirus treatments are improving. Here’s a guide to what works and why.]

Some in Utah wonder aloud what the state’s plan is to curtail the pandemic.

“What I want to see,” said Jeff Whitlock, the 32-year-old CEO and co-founder of the Orem technology firm Girbil, “is someone who has a vision and can make a case with the data for what we’re going to do.”

Whitlock’s grandmother, Sybil Walker, died from COVID-19 on April 29 in Mesa, Ariz. He said he doesn’t know what course Utah should take now to reduce infections but is concerned by what he sees as a lack of political will to take action.

“Watching her die was just horrific,” Whitlock said. “I just saw her struggling to breathe.”

In their memo, Dunn and the health department warn that absent a drastic reduction in new cases, switching back to orange “will send the message to Utahns that this outbreak continues to be a serious problem, and state leadership is committed to saving lives and preventing a complete economic shutdown.”

The memo, which was sent less than an hour after Herbert moved much of rural Utah from “yellow” to “green,” or the “new normal” level of vigilance, urges state officials to stop lessening restrictions until July 1 — primary election day is June 30 — and mandate face coverings “either by government or business enforcement.”

If state leaders will not do that, UDOH wrote, “we need to be clear with the public about why decisions are being made lessening restrictions.” The reasons, health officials wrote, are “economic, not health.”

And conditions will get worse if Utah’s outbreak does not change course in a matter of weeks.

“We have heard,” the memo states, “from the [Utah Hospital Association, University of Utah Health and Intermountain Healthcare] that hospitals are going to exceed their capacity to care for individuals within the next 4-8 weeks.”

Should masks be mandated?

On Tuesday, the hospital association will introduce a campaign called #MaskUpUtah. Through advertisements on radio, billboards, social media and elsewhere, the campaign will encourage Utahns to protect their parents, grandparents and other vulnerable people by wearing masks in public. Face coverings are a way to reduce the amount of droplets people emit, thus limiting the spread of the coronavirus.

Former Utah Lt. Gov. Greg Bell, the president and CEO of the association, said the campaign is a private-sector solution to encourage residents to do something they might chafe at if mandated by the government. Bell, who also sits on the state’s coronavirus task force, said Utah needs “to reconsider the way we’re going” with infection rates or hospitals could be overwhelmed.

Bell doesn’t believe, however, that shutting down businesses and public places the way Utah did in March and April is realistic. He noted that, with a few exceptions such as Salt Lake City and Bluff, all the requests Herbert has received are to ease restrictions.

“There’s just been so much pressure to open up,” Bell said.

The coronavirus task force, led by Lt. Gov. Spencer Cox, who is running for governor, hasn’t met in two weeks, said Dr. Brian Shiozawa, a physician at University of Utah Health and a former state senator who also sits on the panel. He doubts there’s any political appetite to bring back restrictions to close businesses.

As for face masks, the way to foster the practice, Shiozawa said, is encouragement from churches and private organizations.

Utah’s predominant religion, The Church of Jesus of Latter-day Saints, has urged its members around the world to follow guidelines spelled out by public officials and health care authorities. In the faith’s temples, which have been slowly reopening to limited services, it has insisted that “all government and public health directives ... be observed,” including “the use of safety equipment such as masks.”

“Mask up for moms everywhere,” the ad pleaded.

Beach says her 89-year-old mother contracted the coronavirus at an assisted living center in Cottonwood Heights. While Beach doesn’t know if whoever infected Miller was wearing a face covering or whether it would have saved her, Beach believes everyone should be required to wear a mask in public.

“We have a segment of the population that is not doing their part, frankly,” Rupp said. “We need everybody in the community to take this seriously.”

Said Herbert on Friday: “For those who care about their neighbors, wear a mask.”

As of Monday, only Salt Lake City remained at an orange level — indicating moderate risk and asking people to maintain social distancing, limit travel and not gather in groups larger than 20. Much of the state remained at yellow or low-risk where social distancing is still encouraged but gatherings of up to 50 people are allowed and places like pools and movie theaters are open.

Ten rural counties in eastern and central Utah are in green or the “new normal.” Social distancing and good hygiene are still encouraged, but there’s no limit on gatherings.

State leaders paid millions to Utah technology firms to provide real-time data on the pandemic and developed a plan on when to lower risk levels. Herbert appears to be bypassing those criteria.

He lowered the entire state's restriction level from "red" to "orange" on May 1, about two weeks after setting forth target criteria for reopening, in figures such as new hospitalizations, percentage of hospital beds filled, and the percentage of cases where contact tracers are able to find the source.

But it’s unclear that the state ever met all the criteria to loosen restrictions. New hospitalizations were trending upward May 1, according to data provided by the state. Utah’s plan called for seven days of decrease.

Last week, contact tracers found the infection source for fewer than half the more than 3,100 new cases — and nearly 40% were "unknown" or still "under investigation," consistent with UDOH reports that contact tracers were becoming overwhelmed.

That includes Salt Lake County, which has most of the state’s hospital beds. As of Thursday, 67% of the county’s ICU beds and 62% of its regular beds were occupied.

“Once we run out of beds at tertiary care hospitals on the Wasatch Front, there is no state ability to care for the critically ill,” the memo reports. The state should be ready to open alternate care facilities, health officials wrote.

The spike in new cases is no longer tied to an individual large outbreak or more widespread testing.

“Testing has plateaued,” the memo states, “indicating that increase in cases is NOT due to increase in testing.”

“However, it becomes less effective as the number of contacts per case increases, and as the public perceives lower risk and does not adhere to quarantine recommendations,” the memo states. “Since going to yellow, we have increased our number of contacts [per] case from approximately five to over 20. For contact tracing to be effective as a tool to stopping the spread of COVID-19, it needs to be paired with policies that limit the number of close contacts per person.

“We are exceeding our capacity to effectively and efficiently conduct contact tracing due to the surge in cases and number of contacts per case.”

In total, 17,906 Utahns have been diagnosed with the coronavirus. Of those, 1,192 have been hospitalized and 158 have died. Health officials reported no new deaths in Utah since Sunday.

END_OF_DOCUMENT_TOKEN_TO_BE_REPLACED 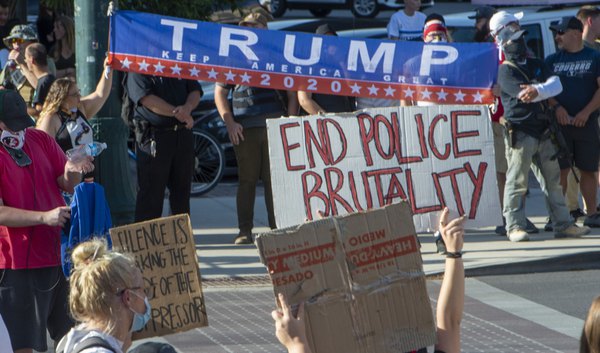 Addison Trupp: In a time of chaos, we need a real leader
By Addison Trupp | Special to The Tribune • 42m ago 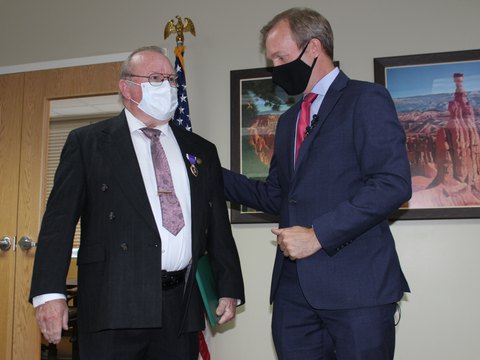