Third UTA employee in a year charged with theft from agency

For the third time in a year, a Utah Transit Authority employee has been charged with stealing from the agency.

A 66-year-old retired worker was charged on Tuesday with money laundering, a second degree felony, and theft, a Class B misdemeanor.

The probable cause statement said the man was employed in UTA’s light rail maintenance division, used a UTA purchasing card shortly before he retired to buy an air compressor from Lowe’s. He later exchanged it for a variety of personal items.

Charging documents note that UTA employees are allowed to use agency purchasing cards to replace personal hand tools that wear out, but that using it to charge $445 toward the purchase of the air compressor was unauthorized and not allowed.

Supervisors found the charge on records, and asked the retired worker several times to turn it over to them or Lowe’s so the amount could be credited back to the card. Documents said he repeatedly made excuses, including that it was too difficult for him to lift the compressor or that he was busy.

Court documents say when he purchased the air compressor in February 2019, he never removed it from the store but left it for future pickup. In March 2019, he technically returned it — but instead of having the $445 returned to the purchase card account he asked for gift cards.

Last fall, two UTA employees were charged in separate incidents for stealing up to $500,000 in coins from fares.

Lower income Utahns, young people and students make up most of UTA’s ridership

In September, Jason Vaughn Guest, 37, of American Fork, was arrested and charged with stealing perhaps $71,000 in cash from fares and about another $4,300 derived from recycling old tokens and fare boxes and pocketing the money.

Court records show that the cases against both are still proceeding. 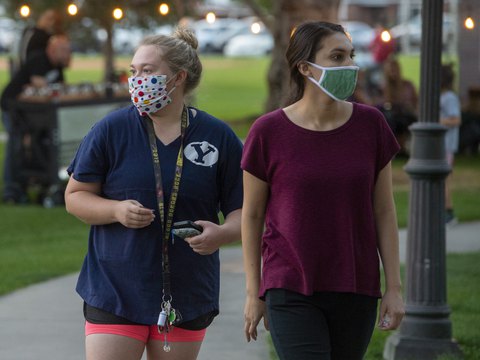 END_OF_DOCUMENT_TOKEN_TO_BE_REPLACED

Letter: Let’s work to forge a more positive outlook on life
By Seth Anderson | The Public Forum • 1h ago
END_OF_DOCUMENT_TOKEN_TO_BE_REPLACED