True Health, a Salt Lake City-based startup, is producing reusable medical gear out of full-face snorkel masks, a quick reaction to the pandemic pushed by a doctor and a business student.

Back in March, Dr. John Pearson, an assistant professor of anesthesiology at the University of Utah, was concerned about the rapidly spreading coronavirus and its drain on personal protective gear used by doctors and nurses.

After all, many of the face masks needed were made in China. The problem was that China, at one time the COVID-19 epicenter, was essentially shut down. Pearson had worked on 3D printing and creating medical devices during a fellowship at Harvard, so on his own time and with no funding, he began looking at a way to help.

Pearson eventually linked up with a group from Stanford that held a similar mission and came up with a reusable, cost-effective face mask, specifically using a full-face snorkel mask with a port at the top. The group helped develop a filter that can be attached to the port, essentially where the snorkel is supposed to be, which blocks virus particles.

Pearson was the first clinician to join the Stanford group.

He thought the mask worked, providing ample protection from the virus and, as an added bonus, allowing patients to still see a doctor’s face.

Pearson teamed up with Alex Spencer, who graduated from Brigham Young University with an engineering degree. He is now an MBA candidate at Harvard, but once COVID-19 hit, the Provo native packed up, headed back to Utah and is living on the east bench of Salt Lake City.

Spencer and Pearson, who declined to provide exact numbers of masks sold and donated other than that both figures are in the thousands, met while working on an open-source project at the Massachusetts Institute of Technology, a contact tracing app. They reconnected recently.

In April, Pearson moved away from the Stanford project and started True Health with Spencer.

“Once it became clear that this can get to the market, and we can go forward with it, Alex and I formed True Health," Pearson said, “and we knew we had to get this out there as quickly as possible and as widely as possible.”

Should you wear, or make, a mask? Health experts now say yes.

How you can help: University of Utah med students are collecting masks, gloves and more

For each mask True Health sells to what its website terms “a hospital system with means,” it will “donate or provide at cost a mask to a resource-constrained hospital on the front lines fighting COVID-19.”

A normal N95 mask used in a hospital is intended to be thrown away after one use. True Health’s filter gets swapped out once per week.

As COVID-19 moves forward, so do Pearson and Spencer. Their product is on the market, thanks to an “emergency use authorization” from the Food and Drug Administration, but, as they have found out, once you move from a lab to the marketplace, there are problems that need solving.

Customers want to know if they can us their autoclave sterilizing machines on the filters or just the mask? Can the filters be sterilized in a bleach bath at 90 degrees Celsius? There are import-export issues to deal with, as well as keeping the filter supply chain humming to keep the product as a viable front-line option.

While there is a big need now, they are seeing their mask as product doctors and nurses can use for the long term, and that means they’ll try to refine as they go.

END_OF_DOCUMENT_TOKEN_TO_BE_REPLACED Jonny Vasic: Port Authority spends $850,000 for a fairy tale of a plan
By Jonny Vasic | Special to The Tribune • 35m ago 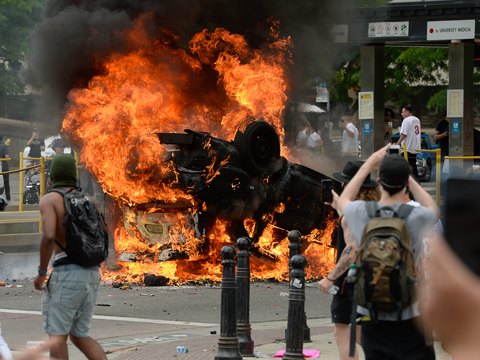