Despite opposition from the Utah Attorney General’s Office, a legislative committee moved forward a bill that would give local prosecutors new tools to reconsider cases of people who say they are innocent even though they were found guilty in court.

The legislation is being pushed by Salt Lake County District Attorney Sim Gill, who created a conviction integrity unit in his office more than a year ago. But there’s been some question about whether district attorneys have the authority to ask a judge to vacate a conviction or order a new trial if an error has been made.

The legislation, sponsored by Rep. Marsha Judkins, R-Provo, has sparked a fight between the Salt Lake County D.A.’s office and the attorney general’s office — with Darcy Goddard, the chief policy adviser to Gill, telling lawmakers during Friday’s committee hearing that A.G. attorneys had initially called the bill a “dumpster fire.”

Andrew Peterson, who handles post-conviction cases for the attorney general, didn’t go quite that far during the House Judiciary Committee meeting. But he did say his office opposed the bill, expressing concern that it could upend how the state argues appeals in federal court. He also worried about what effect it could have on victims, if prosecutors asked for a new trial and they had to testify again.

“No one is opposed to the idea of prosecutors having added tools to investigate claims of wrongful conviction and error in the trial process,” he said. “Everyone wants to ensure that only the guilty are punished and the innocent go free. The attorney general’s office is opposing this bill as currently drafted, however.”

But after hearing a wave of support from groups like the American Civil Liberties Union of Utah, the state’s Commission on Criminal and Juvenile Justice and the Utah Sentencing Commission, lawmakers passed the bill out of committee on a 9-3 vote. It now heads to the full House.

A handful of lawmakers who voted in support of the bill also encouraged the district attorney’s office to work with the A.G.'s office to iron out their issues. Rep. Brian King, D-Salt Lake City, said it was a needed piece of legislation.

“We’re talking about a critically important issue for people who are sitting in prison,” he said. “We need to address what legitimate issues exist sooner rather than later.”

Salt Lake County’s conviction integrity unit is the first of its kind for Utah but it isn’t exactly groundbreaking. Across the United States, there are nearly 60 such units, with new ones popping up every year.

The National Registry of Exonerations estimates that there have been nearly 400 people cleared of criminal convictions because of conviction integrity units. Those exonerations stem from everything from mistaken witness identification to official misconduct to false accusations or confessions.

Salt Lake County’s conviction integrity unit hasn’t made a decision on any case yet.

In all, nine cases have been submitted for review. Five were declined by Gill’s office before reaching the panel. Two others have been on hold as those convicted finish the appeals process.

The panel has reviewed two and are still considering one of those. The other ended when the attorney general’s office settled the case and declared the man factually innocent.

END_OF_DOCUMENT_TOKEN_TO_BE_REPLACED 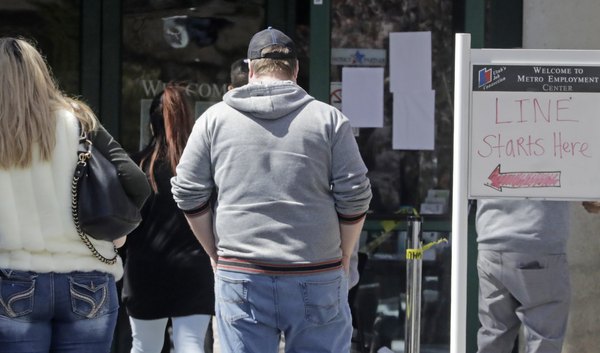