Boise • A federal judge has canceled more than $125 million in oil and gas leases on public lands that are home to the declining bird species greater sage grouse, in a ruling that said the Trump administration illegally curtailed public comment.

The ruling doesn't stop drilling already underway in areas with sage grouse, but it could help protect the birds from future activity.

The decision marks the fourth time in the past year that the Bureau of Land Management was forced to cancel or withdraw oil and gas leases issued in Utah in the face of lawsuits brought by environmental groups.

The latest one comes in response to a suit filed by the Center for Biological Diversity and the Western Watersheds Project, which successfully argued that new procedures, known as Instruction Memoranda, or IMs, unnecessarily exposed sage grouse habitat to destructive energy development.

“The administration’s approach to get as much leased as they can by shortcutting the law is blowing up in their face,” said Taylor McKinnon, the Center for Biological Diversity’s senior program manager. “It’s not working. They are causing, to our delight, major setbacks to oil and gas impacts that will harm wildlife and cause dangerous climate pollution.”

Among the lease sales targeted in Thursday’s ruling was one for Utah held in September 2018, when the BLM sold leases on 134,000 acres of the 204,000 acres offered.

Those that failed to win bids were available for noncompetitive prices over the counter.

In response to other challenges brought the Southern Utah Wilderness Alliance and allied groups, the BLM had suspended leases to conduct supplemental analysis regarding their potential climate impacts. By McKinnon’s estimation, the Trump administration has now been forced to withdraw nearly a quarter of all the onshore oil and gas leases it has offered in the lower 48 states since 2017.

The latest case is part of a broader effort by environmentalists challenging the administration’s oil and gas leasing practices within the habitat of the ground-dwelling greater sage grouse.

The birds that range across 11 Western states, including Utah, have suffered sharp population declines in recent decades due to development, disease, drought and wildfires.

BLM pulls back on Utah leases to do climate reviews

Future leases in greater sage-grouse habitat must allow a 30-day public comment and administrative protest period, Bush ordered. The Trump administration had reduced the protest period to just 10 days, which critics said gave them too little time to meaningfully react to proposed sales.

The ruling means any future sales on more than 100,000 square miles (270,000 square kilometers) of sage grouse habitat also would require the longer public comment period, according to Talasi Brooks with the Western Watersheds Project, one of the groups that challenged the lease sales with a federal lawsuit.

“It's a real win for public process and transparency in federal decision making," Brooks said. “It could change the outcome potentially. The government could say after hearing public comment, ‘This is potentially important habitat.'"

Wyoming, the oil industry and the federal government had argued against cancelling the leases outright because of the huge amount of money at stake. They wanted Bush to merely suspend them or say that no drilling could occur pending more public comment.

Canceling the leases “would require BLM to refund over $125 million worth of revenues to the purchasers,” attorneys for Wyoming and the Western Energy Alliance said in a joint court filing.

About half of the sale proceeds were previously distributed to the states where the leases are located, the attorneys said. That included more than $44 million for Wyoming that the state's Republican governor said Friday has already been included in state budgets and programs.

“The remedy issued by the Idaho judge is extreme, impractical and unworkable," Gov. Mark Gordon said in a statement. He urged the Trump administration to seek a court order that would put Bush's ruling on hold pending an appeal.

Bush said he had considered the “undeniably significant" economic impacts of voiding the lease sales. But the judge said allowing the leases to stand would provide incentive for the government to approve potentially illegal projects out of the hope that they would be “too massive to unwind."

BLM spokesman Derrick Henry said in response to the ruling that the agency supports “common-sense adjustments” to rules that govern leasing as a way to get rid of “burdensome regulations.”

A U.S. Justice Department spokesman said the government was reviewing the ruling and declined to say if an appeal was planned.

The Salt Lake Tribune’s Brian Maffly contributed to this story.

END_OF_DOCUMENT_TOKEN_TO_BE_REPLACED

Marina Gomberg: Self-isolation hasn’t been easy, but I think I know what’ll help my family survive this
By Marina Gomberg • 3h ago
END_OF_DOCUMENT_TOKEN_TO_BE_REPLACED
L 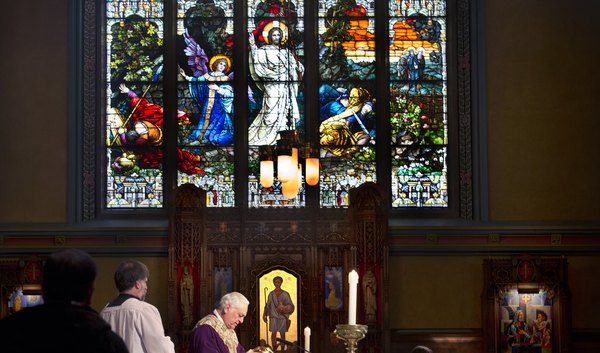 ‘Forgive us our debts, as we forgive our debtors’ — Lord’s Prayer resonates in age of coronavirus
By Peggy Fletcher Stack • 44m ago 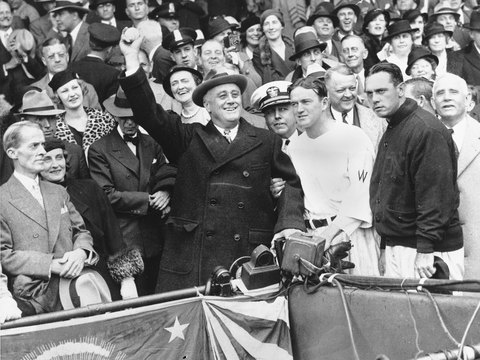