In some of Utah’s youth detention centers, children as young as 10 are being locked up.

They are still small enough to fit on their mother’s lap during visitation. One boy, a detention center employee recalled, asked when he’d be able to go to recess.

But in Utah, there’s no minimum age for sending children to juvenile court. That means that 12-year-olds, 7-year-olds — even kids as young as 5 — have gone through the court system. Last year, prosecutors filed cases against nearly 100 elementary school-aged kids.

A Utah lawmaker wants to change that, and has proposed a bill that would keep almost every young child out of the courtroom.

Rep. Craig Hall, R-West Valley City, is sponsoring HB262, a bill that would block children under the age of 13 from being prosecuted if they break the law. Instead, the children will receive mental health help, counseling or other services.

There would be some exceptions. Prosecutors could still file a petition against young children if they commit serious crimes, such as murder or aggravated sexual assault. And Hall said that if a youth isn’t participating in the therapy or services offered, there’s still an option to bring the case after all other resources are exhausted.

But the Utah lawmaker said his bill will greatly reduce the number of young children going through the court system.

“These 9-year-olds and 8-year-olds, they are simply too young to understand what is going on,” he said. “Low-risk youth being introduced to detention can cause long-term problems.”

The proposed legislation would have an effect on dozens of Utah’s young children. There were 92 total court referrals in fiscal year 2019, according to state data, and 64 admissions of elementary school-aged kids into locked detention centers.

Peterson said data shows that those young people that are diverted from formal court proceedings and instead received other services had better outcomes than those who were locked up.

He was abused by staff at Red Rock Canyon School. Now, this Oregon teen wants to change the foster system that sent him to Utah.

In busts of illicit massage parlors, do some Utah officers let touching go too far?

A teen from Bermuda died at a Utah treatment center, sparking anger there and investigations here

Peterson said his department separates youths by age, so it’s unlikely that the youngest in their care will be mixing with 17-year-old offenders. He said they won’t lock up any kids under the age of 10 — but noted he’s seen kids as young as 11 being booked into detention as recently as last week.

There’s at least 20 other states that have a minimum age for prosecution, Hall said.

More than a dozen states have set a minimum age of 10, and California passed a law that just went into effect in January that prohibits prosecution of kids under the age of 12.

A handful of other states are currently debating similar legislation that would set age minimums.

Utah legislators have been working for the past several years to reduce the number of youths in courtrooms and detention centers.

A 2017 legislative working group found that Utah youths who were deemed “low-risk” often were progressing deeper into the juvenile system. And if juveniles were placed out of the home — whether that be in a detention center, a group home or other placement — they fared worse and reoffended more often than those who were allowed to stay where they were living.

That year, lawmakers passed sweeping changes to the juvenile justice system. State data released earlier this year shows that there’s been a 44% decrease of youths being ordered out of their homes and into detention programs.

It’s too early to say whether the reforms will lower recidivism rates for young people or bring better outcomes — but those involved in the legislation have said they’re optimistic.

END_OF_DOCUMENT_TOKEN_TO_BE_REPLACED 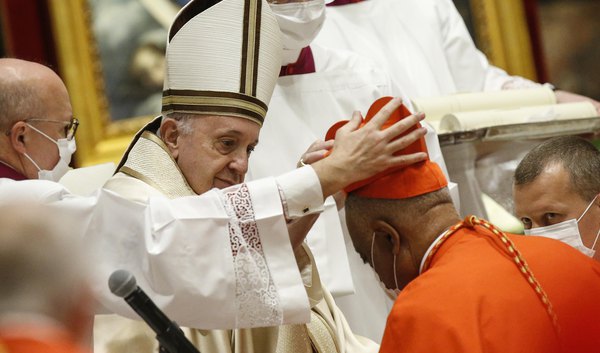 Despite health warnings, Utahns ranked No. 1 in continental U.S. for Thanksgiving road trips
By Lee Davidson • 43m ago