A Utah federal judge will continue to preside over a teen sex case involving the bisexual actor who played the grandfather in the made-in-Utah Disney Channel show “Andi Mack," despite the actor’s allegation the judge is biased.

An attorney for Stoney Westmoreland, 48, made a motion for U.S. District Court Judge Howard C. Nielson’s recusal Nov. 11. The judge denied it earlier this month, writing he has no bias against Westmoreland.

Westmoreland was charged in January in Utah’s U.S. District Court for allegedly trying to set up a meeting for sex with someone he thought was a 13-year-old boy. The boy was actually an undercover Salt Lake City police detective. The actor was initially charged in December 2018 in state court, but that case was dropped to be tried in federal court, where Westmoreland is facing one count of coercion and enticement.

This isn’t the first time Nielson has been accused of being prejudiced against members of the LGBTQ community. U.S. Congress members and human rights groups raised the same concerns when Nielson was nominated to the federal bench — a fact Westmoreland’s attorney, Wendy M. Lewis, cites in her motion. They also criticized a memo Nielsen wrote as part of George W. Bush’s Justice Department that was used to justify enhanced interrogation techniques that some argued amounted to torture.

Nielson, son of former Utah Rep. Howard Nielson, was narrowly confirmed by the Senate 51-47 with all Democrats and one Republican, Sen. Susan Collins of Maine, voting against the nomination.

The anti-homosexuality bias claim stems from Nielson’s past work for California’s Proposition 8 to ban same-sex marriage.

Lewis writes that during cross-examination in the Prop 8 case, Nielson said homosexuality is a choice that can be reversed using “conversation therapy.” She says that Nielson also argued that research showing that discrimination leads to more stress and mental health difficulties in gays and lesbians was “hopelessly flawed.”

Westmoreland is bisexual, and Lewis writes that in her defense she must discuss the “homosexual male lifestyle,” “hook-up culture" and will likely call gay men as witnesses.

“Fair or not, there is now a perception that the court maintains certain prejudices regarding homosexuality,” Lewis says, “and this perception reasonably leads to questions regarding the Court’s impartiality in matters directly related to or intertwined with the homosexual lifestyle.”

Utah faces a college football blueblood in the Alamo Bowl, as Texas tries to restore its aura

He argues that Lewis’ motion is based on two assumptions: that Nielson’s personal views are the same as his formers clients’ and the positions he took for his clients as a private attorney will influence his decisions as a judge.

“Neither assumption is reasonable,” he writes.

As a lawyer, Nielson said he was bound to advocate for his clients’ beliefs — and the role of a judge is much different than an attorney’s.

“Indeed, even if I in fact held the personal views that Defendant imputes to me based on positions that he believes I advanced on behalf of my clients — and I do not — a reasonable person would not assume that as a judge I would follow those views rather than the law that I have sworn to uphold,” Nielson writes.

The case will move forward with a court date scheduled for Jan. 3.

END_OF_DOCUMENT_TOKEN_TO_BE_REPLACED 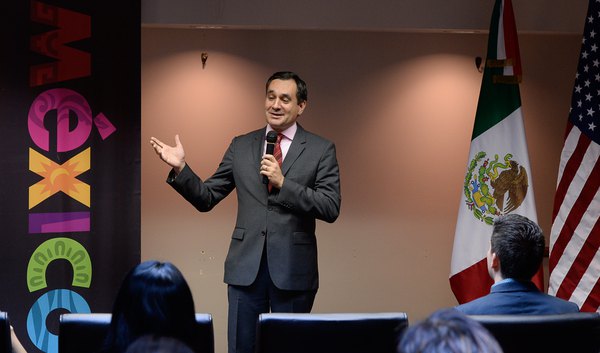 Another 413 cases and seven deaths due to COVID-19, as three Utahns die at home
By Nate Carlisle , sean p. means • 19h ago
END_OF_DOCUMENT_TOKEN_TO_BE_REPLACED
L