State Sen. Dan Hemmert, who had emerged as a top challenger to incumbent U.S. Rep. Ben McAdams, is dropping out of the race.

Hemmert said Monday that he was unable to juggle the campaign schedule and his business commitments, running a chain of dry cleaners he co-owns. He had planned to transition out of the business but it didn’t work out.

“A couple weeks ago it became clear that I needed to think about things differently and I came to the conclusion late last week that I should just get out sooner rather than later,” Hemmert said in an interview Monday. “It’s not the right time. I don’t know what to say.”

Hemmert said he began calling donors late last week to notify them of his decision.

Hemmert’s announcement came just two hours before McAdams announced that he’ll vote in favor of two articles of impeachment against President Donald Trump. Republicans, including Hemmert, had hammered McAdams for being part of the Democratic effort against the president.

McAdams, who defeated Republican Rep. Mia Love by fewer than 700 votes in the GOP-leaning district in 2018, is a top target for the national Republican Party, which had aggressively pursued Hemmert to challenge the freshman Democrat.

Hemmert had raised more than $400,000, more than double the closest Republican contender — a sizable portion of it a $175,000 loan he made to his campaign — but said he had stopped making fundraising calls a month ago. In September, the National Republican Congressional Committee named Hemmert to its “Young Guns” program, its candidate development program for top-tier candidates.

“Dan Hemmert was handpicked by Washington Republicans to run in Utah’s 4th Congressional District, and his decision to drop out of the race underscores just how difficult Representative Ben McAdams will be to unseat in November,” said Brooke Goren, a spokeswoman for the Democratic Congressional Campaign Committee.

Before Hemmert got into the race, Love expressed concerns about the field of challengers and had said she was considering a rematch with McAdams, but she stepped back once Hemmert announced his candidacy.

Utah Rep. Ben McAdams finds himself in a no-win situation on impeachment

Hemmert said he believes McAdams is vulnerable in 2020. The district favors Republicans, but turnout in the GOP-dominated Utah County was low in 2018.

“If he votes yes on impeachment, I think he becomes much more vulnerable, because then he motivates that far-right crowd to come out, and there are so many more of them," Hemmert said before McAdams’ announcement.

Hemmert said he plans to run for reelection to his seat in the state Senate, where he is currently the majority whip.

Calls grow for U.N. probe of China’s forced birth control on Uighurs
By The Associated Press • 4h ago
END_OF_DOCUMENT_TOKEN_TO_BE_REPLACED
L

END_OF_DOCUMENT_TOKEN_TO_BE_REPLACED 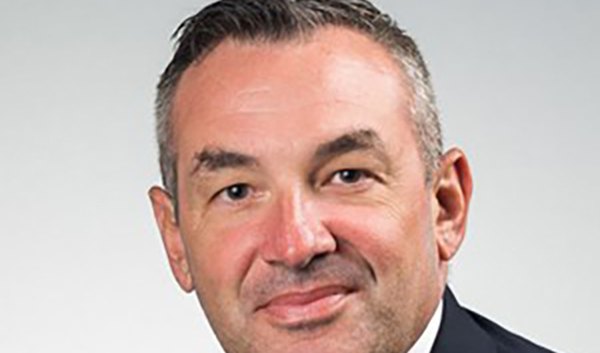 Emily Walker: Don’t be afraid to ask about suicidal thoughts
By Emily Walker | Special to The Tribune • 53m ago
END_OF_DOCUMENT_TOKEN_TO_BE_REPLACED