Utah is out of bar licenses — again

The liquor agency is running out — once again — of bar licenses for potential business owners.

The state liquor commission handed out the last two bar permits for 2019 on Tuesday, awarding them to a new 'Bout Time Pub and Grub in Lehi and Pins & Ales Restaurant and Brew Pub in West Valley City.

Five other businesses — most with planned opening dates in November and December — were left on the waiting list.

Owners also were told the chances of getting a bar license would be slim during the first six months of 2020, because only three permits are expected to become available before July, when new state population information is available.

Businesses that want a bar license must apply with the DABC and then wait until one becomes available through an increase in population — state law allows one bar for every 10,200 people. A license could become available before then — if another bar shuts down and relinquishes its license. Businesses can also buy bar licenses from other owners.

Two years ago, the state had a similar shortage, with some business owners waiting more than a year to get a bar license. The waiting list dwindled in 2018, after the Legislature tweaked state liquor laws that at least initially alleviated the bar license shortage.

Since then, most applicants have been able to get a bar license with little or no wait.

“The Legislature probably ought to take a look at this again,” he said after Tuesday’s monthly meeting. “I hate to go back to the situation we had a few years ago, where we had 20 or 30 people waiting for bar licenses."

Changing the population quota creates “policy implications” for the Legislature, which tries to balance access to alcohol while at the same time preventing underage drinking and overconsumption.

Michael Jordan is selling his Park City home for $7.5 million

But, added Nielsen, “the state also should not be preventing businesses from operating and serving the public.”

Tim Ryan, owner of the 'Bout Time Pub and Grub franchise and who endured the long waits a few years ago, agreed. “The Legislature has put us into a spot where we have to beg again,” he said. After investing thousands of dollars on construction, “all the participants are desperate for a license."

Jess Wilkerson was one the business owners who did not get a bar license Tuesday — even though his new bar, Trolley Wing Co., was at the top of the waiting list. “I feel like we have done everything you have asked,” he told the board, “and we’ve been on the docket longer than anyone.”

Still, the board decided to give the final two bar licenses to businesses in underserved cities.

Wilkerson settled for a tavern license, which allows him to open Nov. 12 as planned, but the only alcohol customers will be able to order is beer. He said the bar — in its namesake streetcar at Trolley Square — was renovated to accommodate a full-service bar.

“Getting a tavern license,” he said, “feels like a step backward.”

END_OF_DOCUMENT_TOKEN_TO_BE_REPLACED 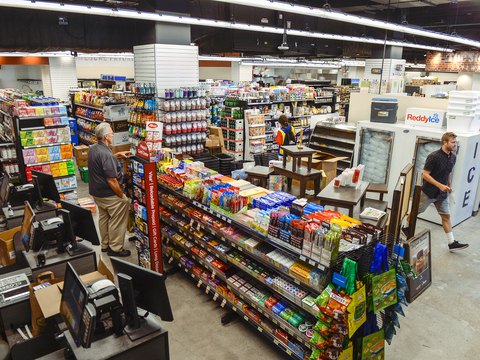