Utah police are subscribing to new digital technologies — but at what cost to people’s privacy?

On an overcast evening in August, a homeowner’s doorbell camera catches a man dressed in a fluorescent orange T-shirt standing on the front porch.

He’s wearing sunglasses, and his neck tattoo is visible as he looks over his shoulder before he stoops down to pick up a package. He walks to a silver two-door car with red mirrors and drives away.

The homeowner shares the footage on the Neighbors app, created by the video doorbell company Ring to allow users to post suspicious activity. Someone comments that they’ve seen this same guy. Other users say that with the man’s distinctive car and tattoo, police should be able to catch him.

Some time later, Salt Lake City police comment that they’ve done just that: “The suspect and vehicle have been identified. Investigation is ongoing as of this writing. Thanks for the info from everyone!!!”

Ring would say this is exactly how its video doorbell technology is meant to work — and it’s touting its new partnerships with hundreds of law enforcement agencies across the country, whose officers can easily ask for footage they want. Unlike the case in August, when Salt Lake City police spotted the video by monitoring the app, virtual requests from partner departments go directly to the company.

But since those new alliances — including with Salt Lake City and Sandy police in Utah — were first reported by The Washington Post in August, some privacy advocates have said they are wary of the proliferation of these and other surveillance cameras, and the possibility of police gaining access to footage without a homeowner’s knowledge.

In a time when police have more means to track people digitally than ever before, including with facial recognition software, cellphone GPS and automatic license plate readers, it begs the question: How do departments balance residents’ privacy concerns while embracing technology?

“In addition to just being kind of an Orwellian and scary sounding society that I wouldn't necessarily want to live in,” said Electronic Frontier Foundation analyst Matthew Guariglia, “there are real implications for your First Amendment rights of free movement and free expression in a society like this.”

For instance, he said, if police could get nearly unfettered access to doorbell footage, it could make some people wary to canvass door-to-door for politicians.

But police in Utah say their use of technology for surveillance is limited. Many forces are not large enough to provide officers enough time analyze huge amounts of data. And the ones that do — such as Ogden police — don’t sit around watching cameras, said David Weloth, the director of Ogden’s Real Time Crime Center.

Rapid DNA machines have the potential to change policing, but not everyone in Utah is on board

One Utah crime helped home DNA tests become a hot new investigative method. And then another caused an uproar.

“I sometimes think people do think that we're Big Brother or we're trying to monitor everything they do,” Weloth said. “But as far as how many cameras we actually have, we don't have a lot of coverage across the city.”

And when they do check those cameras, it’s normally after a crime happens.

Sandy police haven’t requested videos through Ring, owned by Amazon, since partnering with the platform in July. The same is true for the Salt Lake City department, which signed paperwork in the last few weeks, according to spokesman Greg Wilking.

But Sandy police Capt. Jason Chapman said he has high hopes for how officers can use the footage in the future. He said police must seek permission to obtain videos in much the same way they did before.

“It would be the same thing if I knocked on your door and said, ‘Hey, we had your neighbor's house broken into, and they got assaulted, and we noticed you had a camera on the outside of your house. Would you be willing to share any video?”

However, officers will send requests electronically to Ring, which will send an email to the doorbell owner. That person can agree to share it, or not. They can also opt out of receiving future emails from law enforcement agencies for other requests.

If video is shared, law enforcement gets access to the recording, the user’s street address and the email address associated with the account, which police can use to get in touch with the user later, according to Ring.

One issue for privacy advocates arises when a person refuses to hand over footage, Guariglia said.

“Then what police can do is get a warrant, and they don't have to come back to you with that warrant, and they go straight to Amazon,” he said. “And it's incredibly unclear if Amazon even needs to tell you, ‘By the way, police came with a warrant and now have seen the footage that you told them they couldn't.’”

A Ring spokeswoman acknowledged the company will comply with search warrants, but added it also evaluates such requests and may fight ones it considers problematic.

“Ring will not disclose user videos to law enforcement unless the user expressly consents or if disclosure is required by law, such as to comply with a warrant,” she said in a statement. “Ring objects to overbroad or otherwise inappropriate legal demands as a matter of course.”

Groups including the ACLU have spoken out against Ring partnerships with police. Jay Stanley, an ACLU policy analyst, wrote on the organization’s website in September that police are public servants with enormous power and that the partnership — particularly the implied and sometimes explicit sales component of it — is an abuse of that authority.

“Allowing officers to serve as a de facto sales force for a company selling surveillance devices is a betrayal of police departments’ duty to serve the public first,” he wrote. “It is also a betrayal to allow that company to shape how departments communicate with the public about their technology programs.”

Wilking, with Salt Lake City police, said he also understands people’s uncertainty, especially after seeing the unsuccessful 2013 rollout of a program called SafeCam. It allowed Salt Lake City residents and businesses to give officers direct access to security camera feeds. Or, when police knew a SafeCam participant’s camera was near a crime scene, officers could ask for footage.

It turns out, Wilking said, that people don’t want police to have that access. While a page about the program is still up on Salt Lake City’s website, it has been shuttered because of people’s uneasiness to opt in.

“I could see how that would make people go, ‘Oh, wait a minute,’” he said, “but that is so far from what is able to happen with Ring.”

The advance of technology

Scientific advances have long helped police nab criminals, such as fingerprinting when it was introduced in the 19th century. DNA evidence now plays a major role in many cases.

Guariglia, whose doctoral research focused on the history of policing, said law enforcement agencies are often early adopters of new technologies. Officers have been tapping phone lines as long as phones have existed, he said.

With the advent of facial recognition technology and the proliferation of cameras, plus more advanced computing, police can collect and store images and identify people at a higher rate than ever, Guariglia said.

This could make people — say someone with a warrant for his arrest, who might otherwise try to report suspicious activity anonymously — hesitant to speak with an officer, because a body camera might see them, identify them and connect them with that warrant, he said.

That type of facial recognition technology has not been deployed in Utah, said Chief Brian Redd with the Department of Public Safety’s State Bureau of Investigation.

But the state uses facial recognition software to scan its driver license database to help identify criminals, witnesses or others of interest, a controversial technique.

Redd said the state agency is the only one in Utah with facial recognition technology — and he said it has limited access sought by other agencies or departments, with privacy in mind. But if a department gets a good image of a bank robber, for example, it requests help from DPS and state analysts compare the face to the driver license database.

That caught the eye of researchers at Georgetown University, who published a study that led to reports in The Washington Post and New York Times about Immigration and Customs Enforcement and the FBI mining Utah’s driver license database to analyze thousands of photos without motorists’ consent or knowledge.

The Post reported that outside agencies searched Utah’s database — which includes photos of undocumented immigrants who’ve received driving privilege cards — nearly 2,000 times. About half of those searches were attributed to federal agencies, and a DPS spokeswoman previously told The Salt Lake Tribune that 49 searches were from ICE.

State lawmakers are rethinking the program, including considering legislation that would put it on hold until legislators come up with a way to codify how it should be used.

Cameras now, and cameras to come

When David Weloth, with Ogden police, started his career in 1985, he and everyone else wrote reports by hand. They searched filing cabinets for mugshots every time they put together a photo lineup. And if they were investigating a homicide, they went to the neighborhood and knocked on doors asking for witnesses.

Now, officers are trained to look for home surveillance cameras. Weloth said he knows a handful of people on his street have Ring cameras, and he does, too.

Other innovations fizzled. A remote-controlled blimp, which the department developed with help from Weber State University, never got off the ground because of Federal Aviation Administration regulations. Weloth said the city’s aged license plate readers aren’t viable technology anymore and haven’t been used in years.

But the crime center has five full-time employees and plenty of work from Ogden police, in addition to cases from around the county.

On a recent October morning, there’s a 911 call log and maps on one of the six monitors on the wall. Analysts have spreadsheets pulled up on their computer screens and surveillance footage from a break-in at a trailhead.

The footage isn’t ideal; a camera is near but not at the spot where a car was burglarized. Analyst Jason Christensen says the cameras police use aren’t that great — unless the car they are looking for, for example, comes to a complete stop, and unless the lighting is right, officers won’t have a lot to go on.

They aren’t, for instance, like Ring cameras, which can be expensive and advanced, he says.

Weloth chimes in; he’s going to have to look into Ring and a partnership for his department, he says. And now they’re scheduled to meet this week.

END_OF_DOCUMENT_TOKEN_TO_BE_REPLACED 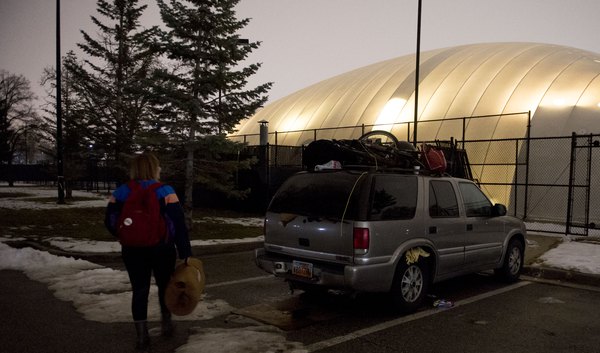 How many are homeless in Utah? An annual survey aims to count them all.
By Taylor Stevens • 15m ago 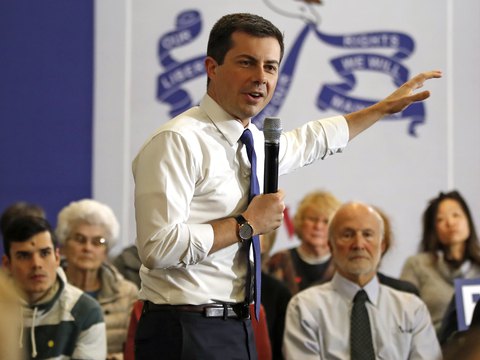 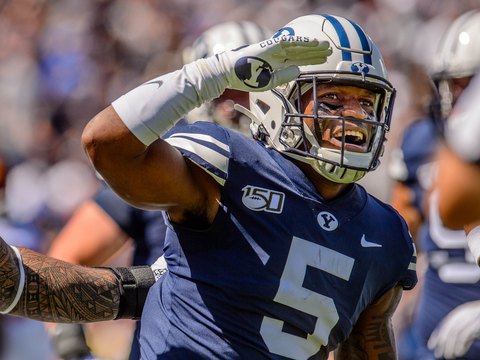 Eye on the Y: BYU’s Dayan Ghanwoloku made the most of his NFLPA Collegiate Bowl opportunity
By Norma Gonzalez • 59m ago