Animal activist groups are criticizing Lagoon Amusement Park after a video surfaced of what they said seemed to be an adult male lion in distress, but the amusement park says the lion is just roaring while lying down.

The Farmington-based park addressed the concerns Friday on Facebook, saying the behavior is “NOT uncommon.”

“Lagoon would like to reassure the public that this lion receives great care and treatment, and enjoys excellent health. This untruthful mischaracterization of the video is naïve, misguided, and unfortunate,” the statement continued.

The Utah Animal Rights Coalition posted the video to its Facebook page on Wednesday and called the sight — an 8-second clip of male lion lying on its side in a concrete-floored enclosure, intermittently exhaling grumbling sounds — “INFURIATING.” Since then, the video has garnered more than 1,000 comments, many saying they feel bad for the lion.

In a statement, Utah Animal Rights Coalition executive director Jeremy Beckham said, “Lagoon Amusement Park needs a reality check. It is not a zoo, it is an amusement park.”

He asked that the amusement park work with his coalition to move the animals it houses to wildlife sanctuaries “where they can have happier lives in naturalistic habitats.”

The group started a petition calling for the animals to be relocated. As of Friday around 4:15 p.m., more than 15,600 people had signed in support.

Amusement park spokesman Adam Leishman told The Salt Lake Tribune that the park has no plans to get rid of its animals, which include elk, eland antelope, tigers and mountain lions.

Leishman also said the park was in compliance with the Animal Welfare Act and is in good standing with the United States Department of Agriculture, which enforces the federal law.

He provided The Tribune with 58 pages from the USDA’s Animal and Plant Health Inspection Service that show violations over the past two decades. The documents were released to him through a Freedom of Information Act request.

There have been two violations this decade. One in 2011, when the USDA found the amusement park wasn’t testing animal’s fecal matter for parasites often enough and another in March 2018, when a young male elk was was euthanized after being attacked by a bison when it slipped through a gap in the animal’s enclosures.

The USDA website lists Lagoon as an active licensee/registrant, regulated under the Animal Welfare Act.

Regardless, Beckham said, the Animal Welfare Act requires only the “bare minimum" of caretakers.

“It’s just stuff like, ‘Are you giving the sick animals vet care?’, ‘Are you feeding them?’, ‘Are you watering them?’,” he said. “What it doesn’t take into account at all are things like animal psychological well-being, their social needs. These things aren’t addressed in the Animal Welfare Act at all.”

He added that the park could work with his coalition to get the animals homes in sanctuaries “tomorrow” and this lion incident could turn into a “feel good story” — and if Lagoon did, they could have better business.

Leishman said the park hasn’t seen a dip in attendance and that they are doing as well as ever this year.

END_OF_DOCUMENT_TOKEN_TO_BE_REPLACED

Washington man is 1st in U.S. to catch new virus from China
By Carla K. Johnson and Mike Stobbe | The Associated Press • 16h ago
END_OF_DOCUMENT_TOKEN_TO_BE_REPLACED
L 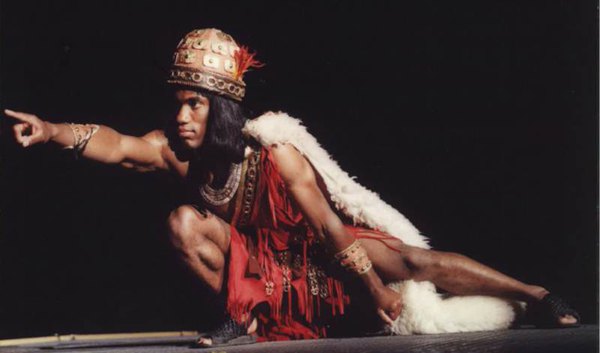 Letter: You can’t explain away racism
By Stephen R. Clark | The Public Forum • 26m ago

Robert Gehrke: Requiring clergy to report abuse is a thorny issue, but protecting kids makes it worth it
By Robert Gehrke • 59m ago