A lawsuit filed Wednesday by several parents whose young children attended a now-closed Santa Clara school and daycare for preschool and kindergartners alleges a pattern of abuse on the part of the private facility’s principle educator.

In the 24-page complaint, filed in the Fifth Judicial District Court in Washington County, plaintiffs allege that Analee Nellie Talbot, who ran Desert Edge Montessori, often hit and yelled at their children, to the point where several expressed severe anxiety about attending school and began soiling themselves, despite being toilet trained.

Talbot was charged in May with a class A misdemeanor count of child abuse involving physical injury in connection with one of the child’s claims. She pleaded not guilty in July.

Her criminal attorney, Daniel Talbot, could not respond to The Salt Lake Tribune’s request for comment Thursday afternoon because he was on vacation, according to a receptionist at his law firm, Slemboski & Tobler. Ruth Shapiro, an attorney representing Desert Edge Montessori, denied all the allegations against the school, which include vicarious liability, breach of contract, breach of covenant of good faith and fair dealing, and punitive damages.

“The allegations appear to be the result of a disgruntled former employee, who’s created a frenzy with folks who were apparently exceptionally satisfied with the service that was being provided by Desert Edge Montessori up until a few months ago,” Shapiro said.

Desert Edge Montessori has since closed, but Shapiro said the closure wasn’t related to the allegations or criminal investigation.

The lawsuit alleges several instances of abuse from nine children, including the child referenced in the criminal case. Some of the allegations date back several years, plaintiffs’ attorney Nathan Langston said. He added he has spoken with “dozens” of parents of children whose allegations didn’t make it into the lawsuit.

A child identified as B.W., who was 4 at the time he attended Montessori in the fall of 2015, apparently used the pencil sharpener when he wasn’t supposed to, the lawsuit states. Talbot allegedly became angry and pushed him against the wall, yanking the sharpened pencil from his hand and stabbing him with it on his left arm.

Another boy, identified in the lawsuit as D.R., went to the school from December 2017 to June 2018. During that time, his mother, Gisselle Lalonde, “noticed dramatic changes” in his behavior.

He began peeing his pants on a daily basis, dreaded going to Desert Edge and didn’t want to get out of bed on school days, the lawsuit states. At school, he was “spanked, yelled at, and even watched as his sister was forced to eat food that had been in the garbage,” the lawsuit alleges.

Once, he “play-bit” another child at the school while the pair were playing dinosaurs. To discipline him, Talbot allegedly brought him into her office and smacked him “in the face so hard his head hit the wall behind him.”

A staffer at Liahona Academy, a school for troubled boys, charged with child abuse

Since 2017, police have been called to Red Rock Canyon School in St. George 72 times, often for child abuse complaints
Violence, sex abuse and mistreatment: Utah officials threaten to pull the license of this St. George school for troubled youth

When Lalonde asked about the incident, Talbot reportedly told her that “the other child’s parents were big donors and she couldn’t afford to lose them.”

Lalonde pulled her son out of school shortly after. But he suffered “physical and mental injuries and continues to suffer from potty-training issues related to the emotional abuse he received at the hands of Talbot at Desert Edge Montessori,” the lawsuit states.

Talbot reportedly advertised the school to parents as being accredited by the American Montessori Academy and herself as a trained educator with a Montessori certification and a degree in child development. But the lawsuit alleges none of that is true, noting that the director of school accreditation and school improvement of the American Montessori Society reached out to Desert Edge and asked that it remove their logo from its website and other documents.

Shapiro told The Tribune on Thursday that Montessori “doesn’t accredit, so it’s an inaccurate fabrication” to say the school wasn’t accredited.

Several parents said that after they learned of the abuse allegations and pulled their children out of school, or were kicked out, they were still required to pay fees.

Kacei Slade had two children at the facility, identified as B.S., who was not yet toilet trained, and S.S. Many times when she picked the boys up from school, she would find her youngest’s diaper full and would have to change it in the parking lot of the school, the lawsuit states.

Slade’s mother-in-law came to pick them up one day, the lawsuit states, and found B.S.’ diaper “was very full with both urine and hard feces.” He had diaper rash so severe he had to be taken to a pediatrician that evening and has lasting scars from the incident, according to the complaint.

S.S., the older boy, told his mother he wasn’t allowed to poop at the facility “because Talbot told him poop is nasty.”

Desert Edge Montessori kicked the two boys out of school two days into the month and took all the state-funded money for the month of August, a total of $976, leaving Slade in a financially difficult situation to find child care, according to the lawsuit.

The lawsuit also claims other teachers at the school witnessed some of these alleged confrontations between Talbot and the students.

Parents in the lawsuit say Talbot’s actions were willful and “manifested a knowing and reckless indifference toward, and a disregard of, the rights of others.”

They are accusing Talbot of negligence and battery, among other claims, and are seeking general damages, including pain and suffering in an amount to be proven at trial, as well as past and future special damages, breach of contract damages, punitive damages and coverage of their attorneys fees.

Langston said, “One of the goals [of the lawsuit] is to make sure that this director, this school teacher director, Analee Talbot, is never in a position of trust and authority over small children.”

The other goal is to bring further allegations and evidence to light via the civil discovery process that can help prosecutors build a bigger criminal case against Talbot, Langston said.

END_OF_DOCUMENT_TOKEN_TO_BE_REPLACED 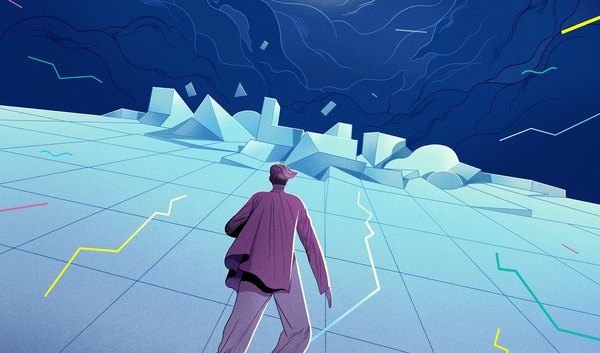 The Utah Jazz have had the NBA’s best offense for the past 25 games. Here’s why.
By Andy Larsen • 27m ago