Salt Lake County’s annual report on infectious diseases found that yet again, sexually transmitted ones top the list — but what stood out to health department Director Gary Edwards was how many teenagers were contracting the diseases.

Chlamydia was by far the most diagnosed infectious disease in Salt Lake County in 2019, with 5,279 cases. And while 15- to 17-year-olds make up about 4% of the county’s population, their 412 cases represented nearly 8% of the county’s total, according to the report.

That age group also accounts for about 3% — or 52 — of the county’s gonorrhea cases, which is the second most frequently diagnosed infectious disease. The number of gonorrhea cases has been increasing for eight consecutive years in Salt Lake County, with the 1,913 cases marking a new high.

“This is alarming, and an indicator that our current approach to sexually transmitted disease education is not working," Edwards said in a statement. "Teens need accurate, realistic, and comprehensive STD education — whether that’s at home, at school, at church or in another venue appropriate for the discussion.”

Chlamydia and gonorrhea are two of the more than 70 diseases that doctors, clinics and other providers are required to report to public health officials. But because not every instance is reported, there are likely a higher number of cases of infectious diseases circulating, the department noted.

Many people with STDs do not have symptoms, but untreated cases can lead to infertility in both men and women, cervical cancer, pelvic inflammatory disease and birth defects, it added.

When asked in an interview what needs to change, Edwards pointed to the Centers for Disease Control and Prevention’s guidelines for school-sanctioned HIV, STI and teen pregnancy prevention programs.

The guidelines say programs should provide “basic” and “accurate” information that promotes health, and should address the needs of youth who are not having sex, in addition to those who are thinking of starting or have already started. They also should take feedback from parents and students into consideration, and create a program “consistent with community values and relevant policies.”

Utah recently approved the first comprehensive updates to its sexual education guidelines in more than 20 years.


(Reported in 2018 to public health officials)

Utah state code permits an “abstinence-based” sex education program, which teaches celibacy as the most effective way to prevent pregnancy or disease. Teachers are prohibited from encouraging "premarital or extramarital sexual activity.” The new standards allow them to give more information on evaluating different methods of contraception, like condoms and birth control pills.

Utah’s sex education standards will be updated for the first time in 20 years. But teachers will still be ‘stressing abstinence.’
Let’s talk about sex ... education. Utah voters say they’d like teachers to explain more about condoms and birth control in class, according to new poll.

Vaping-related illnesses on the rise in Utah, health officials warn

The county’s health department provides testing for sexually transmitted infections and treatment to patients age 14 and older, and parental permission is not required. Patients can walk in from Monday to Friday from 8:30 a.m. to 4 p.m., or can make an appointment by calling 385-468-4242.

Other findings from the report:

• There were six identified outbreaks of pertussis, or whooping cough. The largest one infected 23 students across all grades at a high school; the school had a 5% rate of students exempted from vaccinations. The 164 total cases were a significant drop from the 253 reported in 2017.

• The 79 reported cases of chicken pox included an outbreak at a school where 12 students were infected. Slightly more than half of the reported patients had not been vaccinated.

• Influenza was the most common infectious disease for children up to age 4, and for those age 65 and older. There were 830 cases involving hospitalization, the highest total in six years.

• The county received 512 complaints of foodborne illnesses; in September, a norovirus outbreak in more than 30 affected over 700 students.

• There were 79 new cases of HIV reported. HIV case counts have remained stable for the past three years, the report said.

• There were 15 cases of Lyme disease reported. People can be infected if they are bitten by a tick carrying the disease-causing bacteria; the department said none of the patients acquired the disease in Utah.

• Two outbreaks of illness caused by microscopic parasites called cryptosporidium were identified. One was associated with drinking from a waterfall in southern Utah; the other was traced to a public pool. All the county’s 53 cases reported having diarrhea.

• There were 103 reported cases of Hepatitis A, following the 100 cases reported in 2017. Before that, the county was recording three or four cases a year. Almost all of the cases were related to a nationwide outbreak among people experiencing homelessness and people who use illicit drugs, the department said.

END_OF_DOCUMENT_TOKEN_TO_BE_REPLACED 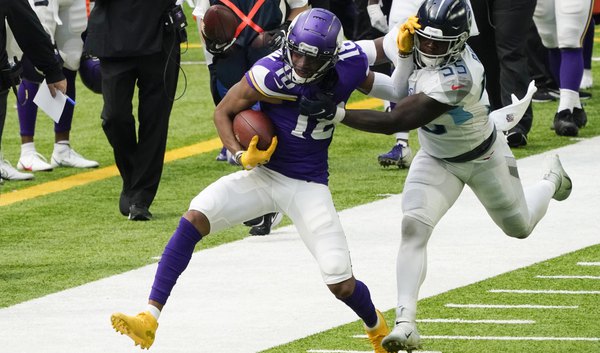 Tennessee Titans have NFL’s first COVID-19 outbreak, with 8 positives
By The Associated Press • 42m ago

For Utahns, impact of Trump tax report may be in the eye of the beholder
By Lee Davidson • 4h ago
END_OF_DOCUMENT_TOKEN_TO_BE_REPLACED