Decades ago, researchers overstated the plight of ‘crack babies.’ Now a Utah study asks: Is science making the same mistake on opioids?

Researchers at the University of Utah hoped to find answers about the risks facing babies whose mothers use opioids while they are pregnant.

But the data they found in existing medical literature was far from conclusive — even though previous studies claimed to have found significant health effects on the children.

“A lot of the authors ended up in their abstracts [saying that] prenatal opioid exposure has an effect on this cognitive outcome,” Liz Conradt, an assistant psychology professor at the U., said in an interview. “But the finding did not hold when you controlled for socioeconomic environment.”

Conradt focused on 11 existing studies on the effect of prenatal opioid exposure and found the effects at birth, infancy, and early childhood were not clear. Results were inconsistent from study to study of babies at birth. For infants, ill effects appeared even less likely, Conradt found.

“We felt a little bit more comfortable saying that there may not be major effects of prenatal opioid exposure in infancy after controlling for these relevant [factors]," Conradt said.

For children older than age two, studies showed those with prenatal exposure to methadone had higher fear, aggression and anxiety, and lower attention — but again, Conradt said, it wasn’t clear whether those problems were caused by opioid exposure or the environment the kids were growing up in.

It was surprising that childhood environment was not factored into the studies, Conradt said, because that’s what researchers overlooked in the 1990s when studies began to draw alarming conclusions about children with prenatal exposure to cocaine. “Crack babies” were said to be at high risk of severe impairment, and that belief attached a stigma to the already vulnerable children of drug users.

“In reality, the effects of prenatal cocaine exposure were quite small,” Conradt said. "The prenatal drug exposure was just a proxy for the environment in which the baby was raised.

"I'm just concerned that we might be making a mistake with the prenatal opioid research."

Conradt and other researchers are participating in a large, 7-year nationwide study on environmental health and developmental outcomes supported by the National Institutes of Health, which could fill in some of the blanks in existing research on opioid exposure.

With about 50,000 children already participating, including about 2,000 in Utah, Conradt anticipates obtaining data for about 5,000 children believed to have been exposed to opioids.

Where in Utah have opioid overdose rates been highest? In Carbon and Emery counties, where treatment services are scarcer.

Only this time, other details of their childhood — factors ranging from their parents' education level to exposure to air pollution — will be known, along with their developmental outcomes.

“We have current plans to analyze the existing data that [is] available,” Conradt said. “What are the longterm developmental impacts of prenatal opioid exposure on the child? We can answer this question in a matter of months.”

The 11 studies that researchers focused on examined children diagnosed with neonatal opioid withdrawal syndrome, or NOWS. The condition is diagnosed days after birth and includes symptoms such as feeding problems, tremors and a high-pitched cry, the U. said in a news release. Overall, the researchers reviewed 52 publications, and their work is published in Pediatrics.

END_OF_DOCUMENT_TOKEN_TO_BE_REPLACED

Ray Ward: Utah cities should beware of nuclear plant costs
By Ray Ward | Special to The Tribune • 18m ago

Gordon Monson: The Utah Jazz aim to surprise a world that’s already in shock, if anybody cares anymore
By Gordon Monson • 46m ago 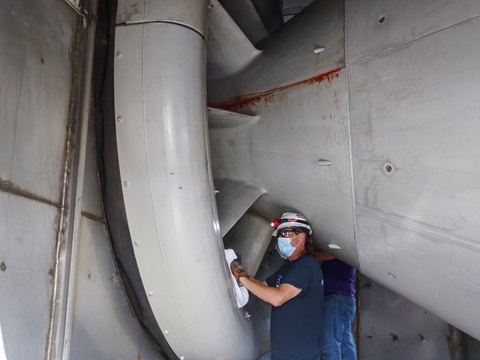 The next energy battle: Renewables vs. natural gas
By Ivan Penn | The New York Times • 1h ago
END_OF_DOCUMENT_TOKEN_TO_BE_REPLACED