Some Salt Lake City parents say they are scrambling for child care after learning barely three weeks before the school year began that a popular after-school program was understaffed and would not have room for their kids.

The program allowed Pang and her husband to finish their workdays while their daughter received care and educational activities for just $4 an hour, Pang said.

But this year, Pang logged into the sign-up page the minute it opened in July — and the slots filled up before she could finish the form.

Now the couple still hasn’t found another care provider; the other after-school programs they have contacted would require them to leave work in the middle of the afternoon to shuttle their daughter from school to the child care center.

For Pang, who works in West Valley City, disappearing for nearly an hour each day during work is not tenable.

“It is impossible for me to quit my job. We don’t have any parents here that can support us,” she said. “There is no way for us to find an alternative.”

The problem, said district superintendent Lexi Cunningham, is staffing. After-school teaching jobs start at $10 per hour, according to the position listing on the district website, and they only offer about three hours a day of work.

“The economy is really good,” Cunningham said. “It’s hard to find people. ... A lot of people don’t want to commit to a job that is only two to three hours a day. ”

The district was trying to fill open positions in the program last year, too, but this year has been harder.

“We’re up at the [University of Utah], looking for people that would work. On Fraternity Row, Sorority Row. We’ve talked to education classes. We’ve [recruited] in our high schools,” Cunningham said.

What the first day of school in Utah looked like for a new principal, a first-time teacher and a kindergartner

Cunningham said she could not immediately provide data showing how many students are enrolled in the program at each school, and how many are waitlisted.

But at the I.J. and Jeanne Wagner Jewish Community Center’s after-school program, the effect is noticeable.

“We’ve been barraged with calls and it’s way too many for us to handle,” said Andrea Alcabes, executive director of the JCC. Its after-school program enrolls about 80 students and typically is able to admit all who apply.

This year, Alcabes said, every slot is full and 34 students are waitlisted.

The JCC program is appealing to a lot of Salt Lake City families because it provides transportation each day from several schools. Alcabes said she is looking at ways to shift around busloads to accommodate a few more kids. But to take everyone who’s asked, she said, “We’d need three more buses."

Alcabes said the center has received multiple phone calls from parents who had planned to keep their kids at the public school program, only to find out during registration at the end of July that there wasn’t room.

By that time in summer, many families have already made their arrangements and slots at other facilities are filling up, Alcabes said — and the options are even more limited for low-income families.

“Part of our scholarship program is for after-school care, but we make those awards in May,” she said. “We’ve given away all of our money.”

Even if the district cannot find enough employees to staff the program, they could have warned parents earlier so other arrangements could be made, said Callie and Derick Apt, whose daughter also is in first grade at Bonneville.

“I don’t know why this wasn’t a priority in May,” Derick Apt said.

Pang said parents likely would be willing to pay a bit more if it would allow the district to offer a more competitive salary and keep the program fully staffed. But at $4 an hour and a ratio of 15 students per teacher, she pointed out, each teacher should generate $60 of revenue.

“Why do they only pay the teacher $10?” she asked. “If they do not increase the pay, how do they expect to recruit quality staff?”

END_OF_DOCUMENT_TOKEN_TO_BE_REPLACED 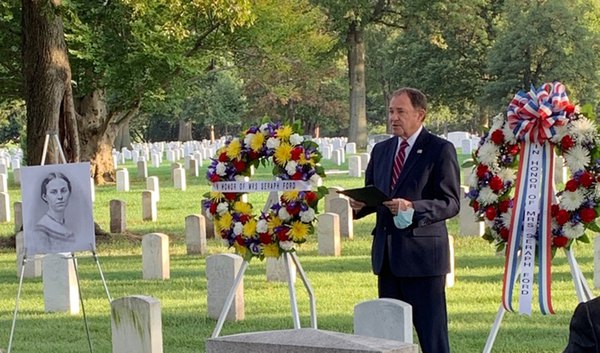 Robert Gehrke: Friends are rallying to help Dave The Flower Guy, they shouldn’t have to
By Robert Gehrke • 46m ago
END_OF_DOCUMENT_TOKEN_TO_BE_REPLACED