Davis County Attorney: We ‘don’t do reviews,’ but might investigate after a Woods Cross officer was accused of pointing his gun at a 10-year-old boy

“The Davis County Attorney’s Office doesn’t do ‘reviews,’” Rawlings wrote in an email he sent Tuesday morning to The Huffington Post, replying to a request for comment.

Rawlings said his office will treat any information received from Woods Cross police, about the Thursday incident involving an unidentified officer and 10-year-old D.J. Hrubes, like any other case.

“We are not bound by what the requesting law enforcement agency has done (or not done),” Rawlings wrote in his email, which he shared with The Salt Lake Tribune. “We will investigate as we determine necessary to make an appropriate criminal screening decision.”

In a follow-up statement, Rawlings wrote that he has told Woods Cross City “that if they do send it to us, it will be a criminal investigation into the officer’s conduct.”

Rawlings’ comments are in response to Woods Cross Police Chief Chad Soffe’s statement Monday: “We’re not investigating the actions. We’re reviewing them to see if there are any changes that we might be able to make in our policies.”

Soffe, after issuing an apology to the boy and his family, delivered a timeline of events leading up to the encounter between the officer and Hrubes. It’s a narrative sometimes at odds with what Hrubes’ mother, Jerri Hrubes, described the day of the incident.

The officer was responding to the end of a police chase that began in Farmington and ran through Centerville. At the end of the chase, involving a white Mitsubishi and a silver Cadillac, the people in the white car pulled off Interstate 15 and abandoned the car in a church parking lot in West Bountiful.

About 380 yards from the church, Soffe said, “our officer saw a black male running toward the street. Our officer pulls over and tells the young man that he wants to talk to him, the young man looks at him and starts running across the street.”

Soffe said the officer then drew his gun and ordered the young man to get on the ground, “thinking that this is one of the suspects.” Police dispatch reports during the chase identified one of the drivers as a black man.

Salt Lake City will stay cooler than normal and then get summer temperatures again
Police arrest three in Kearns shooting that left one dead, one wounded

The boy did as he was told. As the officer walked closer, “he realizes this is not the suspect, he immediately holsters his weapon.” This is when Jerri Hrubes ran out, “yelling” and identifying the young black man as her 10-year-old son, Soffe said.

“We believe the total time of this encounter was very short — far less than a minute,” Soffe said.

Karra Porter, an attorney helping the Hrubes family, said Tuesday she took a statement from an anonymous witness who describes the situation differently than the chief’s account. The witness said the boy was not running, before or after the officer pulled over — and that the officer pointed his gun at the boy before he went to ground.

Officers are trained, Soffe said, to hold their weapons at “low ready,” a 45-degree angle. “Until you’re ready to use that weapon, you don’t point it at the person — and at any time, we don’t train to point it at the head,” Soffe said. However, the chief added, “It very well could have been pointed at the boy” when he got on the ground, when the officer was holding his gun at 45 degrees.

Such discrepancies make a review of policy, rather than an investigation of the officer’s actions, premature, said Karra Porter, an attorney who is helping the Hrubes family.

“What is there to review?” Porter asked rhetorically. “Somebody needs to determine the facts, then review the facts. They’re skipping a step.”

Jeanetta Williams, president of the NAACP’s Salt Lake Branch, called for an independent investigation over the weekend. She repeated that demand outside Woods Cross city offices Monday.

“An investigation will give us more information,” Williams said, “and maybe give us a clearer picture of what happened.”

Department policy, Soffe said, “does not require an investigation when an officer draws but does not discharge his firearm.”

Soffe offered an apology “to D.J., his mother and any other family members who may have been traumatized by this event.”

Woods Cross police, Soffe said, have tried twice to contact Jerri Hrubes to talk to her about the incident, but “she hung up on us.”

Porter disputed that. “She says she has not heard from them."

END_OF_DOCUMENT_TOKEN_TO_BE_REPLACED 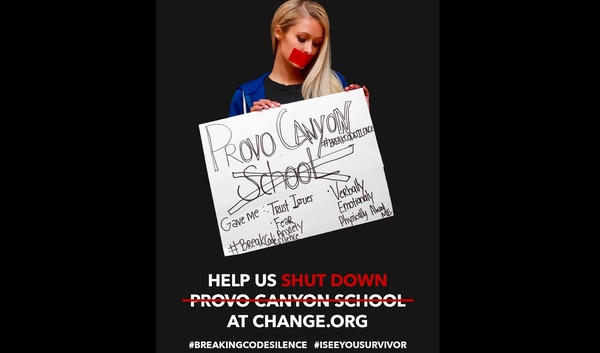