Kevin Billings will never get out of prison for killing West Valley City code-enforcement officer Jill Robinson, but on the day of his sentencing, the woman’s family members questioned whether it was truly justice.

How could someone who ambushed and gunned down a stranger, upset over something as trivial as a messy yard, be allowed to live out the rest of his life?

How can he still see and talk to his children, while they can only visit a gravesite?

“Nothing can bring her back,” daughter Katie Merrill said Monday during Billings’ sentencing. “Nothing about this seems fair or just or balanced. A monster gets to continue to live and breathe today.”

Some of Robinson’s family felt Billings should receive the death penalty. Others felt a lifetime in prison was enough. Ultimately, Billings was spared the possibility of execution by pleading guilty to charges in February, admitting in court papers that he shot Robinson in his driveway Aug. 8 before lighting her body and a truck on fire.

He pleaded guilty to first-degree felony aggravated murder, along with charges of aggravated arson, arson and aggravated cruelty to an animal.

As part of the plea, he agreed to be sentenced Monday to spend the rest of his life in prison without the possibility of parole — a sentence 3rd District Judge Amber Mettler handed down Monday after hearing emotional testimony from Robinson’s family and co-workers.

Robinson’s mother told the judge she still holds one regret: The day before her daughter died, she twice had an inkling that she should call Jill. But she was on vacation, and it was late.

She’d call the next day, Ronny Robinson thought to herself.

But she never got the chance.

A sentencing delay is just the latest hold-up in the decade-old saga of convicted real estate fraudster Rick Koerber
In just minutes, Utah jurors acquit an investigator accused of trying to tamper with a case

“Nobody will ever know the heartache and the pain that we are still suffering because of the vile acts of one person who decided to be judge and jury for my daughter,” the mother told the judge. “Someone who knew nothing about her, had never met her and decided that she should die.”

Many of Robinson’s family members told Mettler that even a life sentence was not truly justice.

“She was loving and kind. She was my best friend,” sister Julie Egelund said. “I still reach for my phone to call her and text her. There will never be justice for what he did.”

Billings was silent throughout the sentencing hearing. Defense attorney Nick Falcone told the judge that his client was “not well enough” to speak publicly but was remorseful for his crimes.

Robinson had mailed a “notice of violation” last July to Billings — papers that instructed him to improve his yard and to call city officials for a compliance inspection by Aug. 6 or face daily fines. He called Robinson on Aug. 8, according to charging documents, and told his daughter early the next morning he had an appointment with a code-enforcement officer at 10 a.m.

A West Valley City vehicle was in flames. Robinson lay dead in Billings’ driveway, with a single gunshot wound to the head. A neighboring house was also on fire — and that blaze killed four of his neighbor’s dogs.

Prosecutors wrote in court papers that Billings’ neighbor came to his home after hearing a gunshot and saw Robinson was deceased. The neighbor turned to Billings, who was sitting on his walker in the driveway and smirking.

“Why did you shoot her?” the neighbor asked, according to the documents.

“I’ve had all the harassment I can take,” Billings allegedly responded.

Before the fatal shooting and fires, Billings had received several complaints in the mail about the condition of his yard and unregistered vehicles on his property, his daughter told police.

The man whose house was set on fire told police Billings had contacted his wife and accused them of calling code enforcement on him.

Robinson, 52, had worked for the city for more than 10 years in code enforcement, which includes issuing citations for vehicles parked on lawns, driveways filled with weeds or garbage piled up outside homes.

Some of her co-workers also stood at Billings’ sentencing hearing and spoke fondly of the woman they worked with for more than a decade.

Her death has changed the way they do their jobs, they told the judge. People are angrier. One man said people have told him that it should have been him who was shot that day instead of Robinson.

“We have to worry about our lives,” said code-enforcement officer Tumi Young. “We have individuals thinking it’s OK to threaten us, that the same thing should happen to us, all because of one selfish individual.”

END_OF_DOCUMENT_TOKEN_TO_BE_REPLACED

Robert Gehrke’s post-election rundown: Why the math is working against Jon Huntsman
By Robert Gehrke • 18h ago
END_OF_DOCUMENT_TOKEN_TO_BE_REPLACED
L

END_OF_DOCUMENT_TOKEN_TO_BE_REPLACED 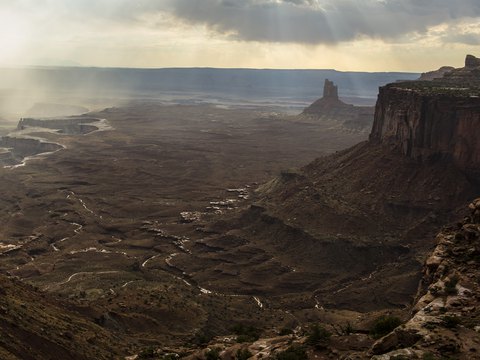