A West Jordan police officer was justified in shooting a man who reportedly held a knife to his girlfriend’s throat and then raised it toward officers who were called to her apartment, according to report released Thursday by prosecutors.

The mother of Riviore’s girlfriend had called police Oct. 11 to report Riviore, 22, had assaulted her daughter for the second time in less than a week. Riviore had been arrested Oct. 5 after a report he punched the woman in the face, Gill wrote; anticipating his release from jail a few days later, the woman and her mother had arranged a “panic” word the woman could text to indicate she was in danger: “Fish.”

On Oct. 11, the woman sent a text to her mother: “Fish fish call the cops please tell them he is holding a life [sic] to my throat he said if I call the cops he will kill me.”

Officer White, who had arrested Riviore after the previous report, learned of the second call and returned to the apartment because “he thought he had ‘good rapport’ with Riviore and could ‘talk him down,’” prosecutors wrote. In fact, West Jordan Police Chief Ken Wallentine said, Riviore had “reached out and asked Officer White for some life advice” during their previous encounter.

White joined two other officers at the apartment, near 7000 South Cherry Leaf Drive. After a delay, the woman let them into the apartment, telling them Riviore was “in the back” and still had the knife.

The three officers found Riviore in a bathroom attached to the bedroom. Body camera footage shows Riviore opening and closing the bathroom door, knife in hand “and making motions toward the officers.”

The two other officers with White fired their Tasers at Riviore, but they didn’t disable him. Riviore can be seen on the footage raising his knife again. White shot at him through the door, striking him twice in the torso, Gill wrote. The officers attempted first aid, but Riviore died.

Gill showed a frame of the video, which shows the beginning of the muzzle flash at the end of White’s gun, as Riviore is reaching around the door with the knife in his hand, held over his head.

The image was “very critical” in ruling the shooting justified, because it showed what was unfolding the moment White decided to shoot, Gill said. Riviore shut the door as the shot was fired, and the bullets passed through the door before hitting him, but the image shows White didn’t decide to shoot at Riviore while the door was closed, he said.

After shooting suspects, three Salt Lake County officers refused to talk to prosecutors. Their attorney says it is a matter of trust.

“Fortunately they were able to extract that one very tiny slice of video that showed the muzzle flash at the moment the knife was raised and moving toward this officer’s body,” Wallentine said.

However, Gill said, the shooting may raise “legitimate questions” as to the officers’ tactics in approaching Riviore. For example, whether they needed to move so close to Riviore so quickly, and in such a confined and cluttered space.

“Did the decisions made by the officers to respond to the situation the way they did make the use of deadly force more likely to occur? To what extent did the outcomes of each decision made by the officers, one after another, contribute to a situation in which the use of deadly force became necessary? Did the sequential decisions of the officers ultimately reduce their ability to choose options other than deadly force?” Gill wrote. “Although these issues may not bear directly on our analysis of the shooting’s justification, these unanswered questions nevertheless relate to the circumstances surrounding Officer White’s decision to use deadly force and are of interest to the community.”

When asked whether the officers could have done something differently to avoid needing to use deadly force, Wallentine said: “We think the outcome here is reasonable.”

“I’ll tell you that [they] didn’t have Superman X-ray vision, couldn’t see into the room before they went in. The officers didn’t know the circumstances they were going into," Wallentine said. "They’d been called to respond to a very serious threat. They didn’t know ... what would happen once they went through the door.”

Wallentine and Gill also addressed Riviore’s release from jail before the shooting. He had been booked following his girlfriend’s previous report of domestic violence, but officers did not forward the case file to prosecutors before 72 hours lapsed and Riviore had to be released.

“The document was prepared and was ready to be picked up. The officer needed to pick it up, and it didn’t get processed and [Riviore] got released," Gill said.

“This was a case where the information was filed but hadn’t been delivered in time, and that I think rests on us,” Wallentine added.

The Salt Lake Tribune reached out to Riviore’s family, but his mother, Kwateca, said they weren’t ready to make a statement.

END_OF_DOCUMENT_TOKEN_TO_BE_REPLACED 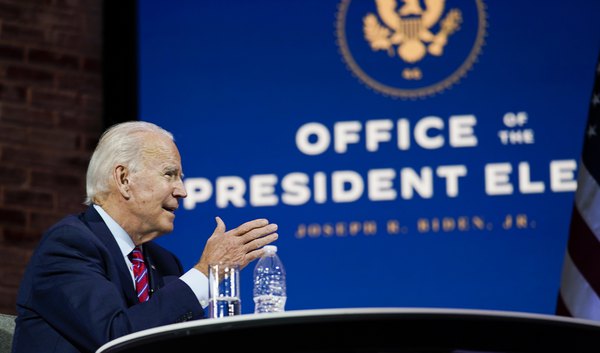 Letter: I’m still in shock over this election
By Marilyn Marshall | The Public Forum • 2h ago
END_OF_DOCUMENT_TOKEN_TO_BE_REPLACED