A Utah man was convicted of several charges, including killing a police dog, in a case that helped change the law

A Utah defendant could spend the rest of his life in prison for weapons charges, but it’s the conviction for killing a police dog that drew a special audience during the trial.

Friday, a jury in Salt Lake City convicted Torey Chase Massey, 30, of five counts, including a charge for the killing a Unified Police Department dog named Dingo in 2017. The Belgian Malinois’ handler, Chad Reyes, sat through the four-day trial.

“It was a very difficult week reliving all the experiences I went through on July 6th of 2017,” Reyes told FOX 13. “The verdict from the jury today was very vindicating.”

The case already had an impact on state law. In 2018, at the urging of Reyes and law enforcement, the Utah Legislature increased the penalties for killing a police dog. The crime now carries up to 15 years in prison.

The most serious guilty verdicts from the jury dealt with Massey being a felon shooting a gun. He was convicted of two first-degree felonies that carry up to life in prison.

Sentencing is scheduled for June 17.

Massey had prior convictions for robbery, assault, theft and forgery. He was paroled from the Utah State Prison on April 11, 2017. He was in violation of his parole terms when a fugitive apprehension team pursued him about 12 weeks later.

Reyes and 7-year-old Dingo were part of that team. After a car chase that ended when police deployed a spike strip near 3300 South and 1100 East in Millcreek, Massey stopped his vehicle in Brickyard Plaza and began running.

“Sgt. Reyes observed Massey look back at Dingo and then at Sgt. Reyes with a taunting smirk on his face,” prosecutors wrote in charging documents.

In those court documents, Reyes said he saw Dingo reach Massey and the suspect and the dog tumble into tall weeds. Then Reyes said he heard three gunshots, Dingo yelp and then two more gunshots.

By the time Reyes reached Dingo, Massey was gone. Other offices captured him a short time later.

Dingo received a police funeral later that month. Reyes is now the deputy chief of the Herriman Police Department.

END_OF_DOCUMENT_TOKEN_TO_BE_REPLACED 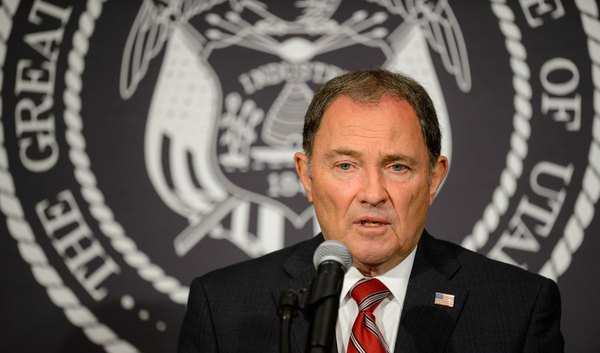 Too hot? You can cool off in Salt Lake County convention centers.
By Scott D. Pierce • 19h ago
END_OF_DOCUMENT_TOKEN_TO_BE_REPLACED
L

END_OF_DOCUMENT_TOKEN_TO_BE_REPLACED

Some Utah LDS wards are resuming restricted Sunday services, but how they’re doing it varies
By Peggy Fletcher Stack • 7m ago 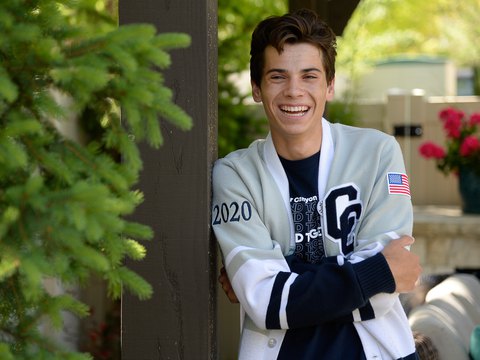 Gordon Monson: The NBA and the Jazz should go now with a playoffs-only format
By Gordon Monson • 2h ago
END_OF_DOCUMENT_TOKEN_TO_BE_REPLACED