Nineteen students and employees at Park City High School have reported feeling ill — and one of them has been taken to a hospital — after exposure to pepper spray at the school, district officials said Monday.

A student has admitted to releasing the pepper spray in the school, fire officials said.

A gas leak was reported at about 1:55 p.m. Monday, about 10 minutes after classes were dismissed at the school, said Tricia Hazelrigg, spokeswoman for the Park City Fire District.

Anyone who was at or near the school and has experienced similar symptoms should call a doctor, Colton said.

Some of the patients at the school were tested for carbon monoxide exposure and showed “elevated readings,” but responders weren’t certain of the chemical’s source, as it wasn’t detected in the air, Hazelrigg said.

One person was taken to a hospital, Kirk said, but he did not know the patient’s condition or whether the person was a student or employee at the school.

A crew that was checking the school and the attached Eccles Center theater for hazardous chemicals detected the pepper spray a few hours after classes dismissed, Colton said. Classes will take place at the high school on Tuesday.

END_OF_DOCUMENT_TOKEN_TO_BE_REPLACED 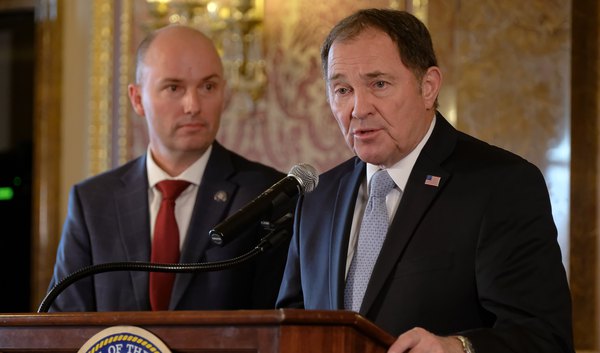