St. George • In work meetings, DJ Tischner used to sit anywhere. Now he finds a chair near the door. At restaurants, the 26-year-old puts his back against a wall. Better to see everything that’s going on, he figures.

Loud noises jolt him — the sound of sudden laughter or a scream or construction workers hammering in the St. George building where he works as a country music disc jockey.

Tischner was covering the Las Vegas Route 91 Harvest Festival for his station, Big Kickin’ Country, when Stephen Paddock opened fire from the nearby Mandalay Bay Hotel late on Oct. 1. At least 59 died, including some Utahns, and hundreds were physically wounded. Tischner was one of dozens of Utahns among the 22,000 people in attendance — witnesses, and, in substantial ways, victims of the deadliest mass shooting in modern U.S. history.

Nine months later, many still grapple daily with what they experienced. They find themselves making mental notes on how to escape — just in case — when going to sporting events or the movies. They look with suspicion at strangers. They struggle to explain what they saw to friends and family who weren’t there.

More and more Americans have had similar experiences. Since the Las Vegas massacre, there have been seven mass shootings, totaling 71 deaths and 64 injuries, according to a Washington Post analysis. They have occurred at schools, a restaurant, a car wash, a church and, recently, a Maryland newsroom. After each, the Facebook survivor groups multiply. More GoFundMe pages for medical expenses are created.

The media and public soon move on to the next big story. But survivors of mass shootings and similar traumatic events face long recoveries, at least six to 12 months, during which they may experience a range of physical, emotional and social symptoms, according to Emanuel Maidenberg, a UCLA psychiatry professor and an expert in stress and anxiety.

After this initial recovery period, Maidenberg said, it “becomes clear who tends to suffer long-term consequences.” For some, various symptoms and potentially unhealthy coping strategies — a withdrawal from friends and family, for example, or substance abuse — can linger for years.

Tischner fears he might never be the same. He knows he is fortunate to have escaped physically unharmed but nevertheless feels “robbed” of his normal life.

He hasn’t been able to move on. “I think about it every day.”

Five Utahns at Route 91 told similar stories in interviews for this article. They recall the terror associated with a series of horrible split-second decisions: Are we sure those were gunshots, not firecrackers? Do we crouch down, or make our move? Could there be multiple shooters roaming the concert grounds — or perhaps all over the Las Vegas Strip? Is anywhere safe?

Tischner was taking a group photo with colleagues at the media tent when they first heard the faint gunshots.

“I’m going to die right now,” he recalled thinking. He grabbed a friend and sprinted, vaulting a fence, then piling inside an Uber with a pregnant woman and a guy bleeding from his arm. Finally, he said, they found shelter at a nearby helicopter rental business.

Herriman resident Amy Beckstead was taking a video of Jason Aldean performing one of her favorites, “When She Says Baby,” when the gunfire began. She had won tickets to the festival from a radio station and invited her sister-in-law — just a “little girls’ weekend,” she said. They ducked behind concession stands, then a bar. They crawled under a fence, before running more than a mile away.

Jessie Wood and Jordyn Florence, meanwhile, were walking toward the restroom when they stopped and realized they were missing one of their favorite songs. The 22-year-old hospice aides from Ogden then noticed something else: The harsh crack of automatic gunfire and the crowd surging toward them.

They crouched behind a concrete barrier, then dashed behind a trash can. They watched concertgoers bang on the windows of passing cars, shouting “Let us in!”

They found safety when a stranger offered to let them stay in her hotel room.

Karen Larsen, 60, describes herself as a “rabid” country music fan. The retiree from Clinton had enjoyed all the acts at Route 91, but she was especially eager to watch Aldean — she even encouraged her sister and friend to push their way to the front of the crowd. After that, though, her memory has blank spots.

She thinks a man pulled her onto the ground, but eventually, she ran. Another person shuttled her behind a beer stand. She screamed some more, ran some more. A woman grabbed her, and they hid behind an electrical box. Another woman soothed her and others after they finally reached a casino elevator. “It’s OK, guys, we’re safe,” the woman had said. “No one can get us in here.”

“There were people like that everywhere, which is amazing,” Larsen said. “Because I just get hysterical and don’t know what to do. But there’s people there, in the middle of that shooting, that are calming everyone down, helping everyone.”

In the days after the shooting, these Utahns said, it was impossible to sleep or focus on tasks at hand.

Paddock’s face had been plastered all over the news for days, and sometimes, Wood said, she would close her eyes, and there he was. Staring back at her.

Beckstead, a financial analyst who works from home, said her mind wandered constantly back to that night. She repeatedly checked for new information about those who died or clarity on Paddock’s motive. Four days after the shooting, she realized she’d looked at the same work email 10 times in an hour. “I couldn’t even process it,” she said.

Tischner, too, felt obsessed with the shooting. He compulsively pored over cellphone videos of the carnage that he found on YouTube. Eventually, he realized the habit was strange and probably unhealthy.

Like others, Tischner has had vivid nightmares. Sometimes, he’s at a different concert where someone opens fire. In others, he won’t have his gun when he needs it. Or it’s out of bullets. In real life, he carries his handgun everywhere now. Sometimes, wind rattles the windows at his house, he said, and he’s sure someone has broken in — not to steal anything but to “shoot me.”

All five said they’ve become more anxious in crowded places. Tischner has felt it at bull-riding events, at a Brad Paisley concert in Salt Lake City, at a gathering inside a high school auditorium.

“The odds of it ever happening to me again are so slim,” he acknowledges. “But, still, I’m always thinking everywhere I go.”

If something does happen, he said, “I know not to sit back and just chill.”

Florence and Wood attended a Royals soccer game this spring. They considered going on the field with the rest of the crowd, at halftime, to watch a musical performance. But they stayed in their seats.

Watching all those people crowd together “gave me the chills,” Florence said. Besides, Wood reasoned to her friend, the stadium seating would offer more protection if someone started shooting.

Maidenberg, the UCLA professor, said this “hyperawareness” — including a need to prepare for the worst — is normal after experiencing a mass shooting. It can last months, or years. Survivors often report it helps them in the moment by making them feel less anxious.

But it can be unhealthy in the long run, he warned.

“It’s a disproportionate response,” Maidenberg said. “People continue with a [high] level of anxiety at places where it may not be warranted. Not every crowded place has an increased risk of something terrible happening — but it’s being perceived that way.”

Some have gone to therapists. Others believe that’s unnecessary. Tischner said he felt supported by family and listeners, initially talking about it on his morning radio show. He hasn’t yet sought professional help but said he’s considering it — especially as he continues to have nightmares and anxiety in public places.

“I don’t want to have those thoughts,” he said, “to where I’m always on the defense.”

Florence saw a counselor once a week for several weeks and said it helped minimize the post-traumatic stress. But her friend Wood said she largely has kept it inside. “I’ve learned my way of coping,” she said of previous traumatic experiences in her life, “and it’s just putting it away.”

Larsen went to a counselor once.

“You are so lucky,” the counselor told her. “You’re lucky you can’t remember the horror, the horrible things that you had to have seen.”

Larsen didn’t feel the need to go back but has poured herself into volunteering at an animal shelter, which she said has helped her cope.

Before Route 91, Beckstead often would see shootings on the news and wonder, “What would I do in a situation like that? What would be going through my head?” Then it happened. Now she knows.

In February, as she watched the coverage of the Marjory Stoneman Douglas High School shooting in Florida, she knew exactly how those kids felt: Their terror as they tried to hide. She put herself in their shoes, she said, back in the midst of the pop-pop-pop of gunfire, and eventually it became overwhelming.

She switched off the TV.

Said Tischner: “We all ask that question: Why does this keep happening? Why?”

As yet another mass shooting unfolded, this time at the Capital Gazette newsroom in Maryland, a co-worker sent Tischner the breaking news story. He didn’t feel the need to read all the details. “I felt like, ‘Well, it’s just another one.’”

Just a fact of American life.

END_OF_DOCUMENT_TOKEN_TO_BE_REPLACED 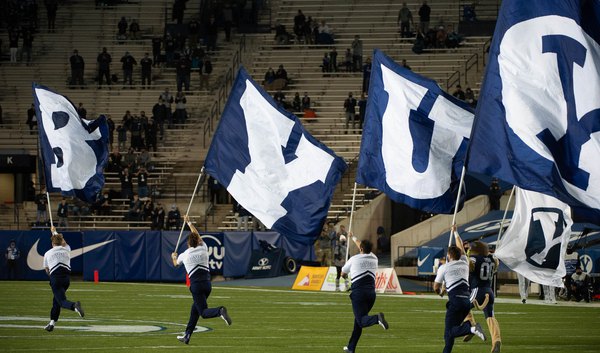 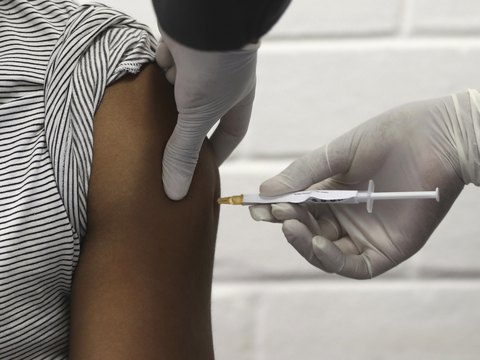