Police have identified the gunman killed in a standoff with South Salt Lake police on Sunday as Abe Martinez, 44, the grandson of the woman he killed.

Rose Martinez, 89, was killed by Abe Martinez, who was then shot and killed by police. Rose Martinez’s 71-year-old husband — whose name was not released — was wounded; his condition has been upgraded from critical to serious and stable. He was the step-grandfather of Abe Martinez.

The incident began Sunday morning when authorities received a report that two residents in a home near Stanley Avenue and 400 East had been taken hostage. A SWAT team responded, and the hostage-taker told police he intended to harm the couple. Police said that, after hearing screams from inside the home, Abe Martinez was shot through a window by police.

However, according to the Federal Bureau of Prisons website, Martinez was listed as escaped from a halfway house in Salt Lake City on Saturday. He was serving time after a 2004 conviction on drug and weapons charges, assault on a federal officer and witness tampering; Martinez had previously been convicted on drug charges and for unlawful intercourse with a minor.

Because a South Salt Lake officer was involved in the shooting, the case is being investigated by the West Valley City police.

END_OF_DOCUMENT_TOKEN_TO_BE_REPLACED 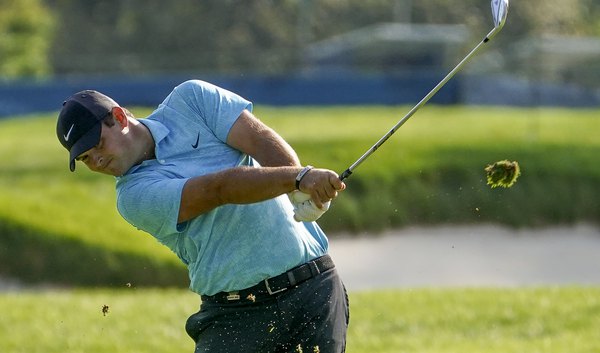 Pac-12 presidents briefed on moving up start of football season. A kickoff date could come this weekend.
By Julie Jag • 36m ago
END_OF_DOCUMENT_TOKEN_TO_BE_REPLACED