Police have a man in custody whom they have now named as a suspect in the “violent” homicide of 15-year-old Baleigh Bagshaw.

After police found Bagshaw dead in her Salt Lake City home on Monday, they began a nationwide search for Shaun French, 24, who was located and arrested Wednesday in southeast Colorado.

According to Sgt. Brandon Shearer, French had been in a prior sexual relationship with Bagshaw.

On Tuesday, French was charged in Salt Lake City’s 3rd District Court with three counts of third-degree felony unlawful sexual activity with a minor, and a $500,000 arrest warrant was issued. The sexual involvement with Bagshaw occurred in early 2017, according to court documents.

French moved in with Bagshaw’s family in February 2017, when Bagshaw was 14 years old and French was 23 years old. One of Bagshaw’s family members later told police of seeing French having sexual relations with the girl on three occasions, according to charges.

Shearer said that after school on Monday, Bagshaw called her mother when she got home from school, as she routinely did. While on the phone, Bagshaw’s mother heard her being “brutally attacked” and then the line went dead.

The mother called a neighbor to go check on Bagshaw, Shearer said, and the neighbor called police. Officers arrived at the home, near 1650 West and 500 North, just after 3 p.m.

There they found Bagshaw dead after what appeared to be a “very violent attack,” according to Shearer. He said that “quite a bit of evidence“ was “widely spread throughout the home and throughout the area.”

Police on Monday had named French as “a person of interest” in the killing, and said they believed he may have fled the state. On Wednesday, after his arrest, they categorized him as a “suspect.”

Shearer said French was being held in Colorado on the unlawful sexual activity with a minor warrant. The warrant “increases the speed with which we can extradite him,” Shearer added.

“We will be sending detectives to Colorado to speak to Shaun,” he said.

Salt Lake City police declined to give details about where in Colorado French had been arrested, but the Otero County Sheriff’s Office tweeted that they had made the arrest.

Bagshaw was a student at West High School and began working at Leatherby’s Family Creamery in Salt Lake City in April, according to her Facebook page.

A GoFundMe page that was set up Tuesday, apparently to cover the teen’s funeral costs, had raised more than $8,800 by Wednesday afternoon.

END_OF_DOCUMENT_TOKEN_TO_BE_REPLACED 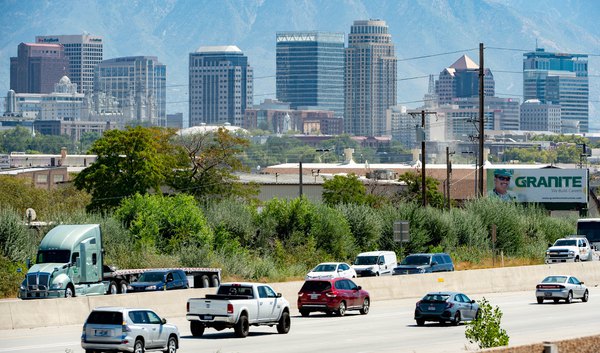 Despite health warnings, Utahns ranked No. 1 for taking Thanksgiving road trips
By Lee Davidson • 10m ago