Weeks after receiving a pallet of dog food, members of the Humane Society of Utah were dismayed to discover that the donation came from an unlikely and unwanted source: a pet store.

The Humane Society of Utah (HSU) is opposed to, and lobbies against, making a profit from the sale of pets.

The group learned the source of the donation after a video showing Puppy Barn owner Matthew Milligan and two women dropping off the pallet was posted to the pet store’s Facebook and Instagram accounts, according to Deann Shepherd, the director of marketing and communications for HSU.

“When I saw this video that a donation was dropped off to us, I was a little shocked,” Shepherd said Thursday.

HSU on Wednesday sent American Fork-based-Puppy Barn a check for $900, the estimated cost of the donated dog food, saying that it doesn’t accept donations from companies that don’t align with the nonprofit’s mission of “adopt, don’t shop.”

Along with the check, HSU sent a letter asking Puppy Barn to take the video down, because the nonprofit doesn’t support pet stores and didn’t want its logo to be used to appear to promote one.

The Murray-based nonprofit lobbies against all pet stores, such as the Puppy Barn, which makes money by selling dogs.

Unfortunately, Shepherd said, puppys sold at Puppy Barn and other pet stores occasionally end up at shelters after the dogs have gotten bigger, older and more difficult to care for or after they’ve “lost their cute appeal.“

“We can’t go up to the [Utah State] Capitol and fight [for] legislation to ban the sale of pets and then turn around and take a donation from the profit of that,” Shepherd said.

Neither Milligan nor the Puppy Barn had responded to requests for comment as of Friday morning.

The donation had been dropped off a couple of weeks ago, Shepherd said, and had been accepted by a member of the staff who didn’t know Milligan was associated with Puppy Barn or that she was being filmed.

“We definitely didn’t agree to have a video made that would promote a pet store,” Shepherd said. “That goes against what our mission is. And I don’t know if they meant to not tell us who they were or where the donation came from.”

The video, which was posted Tuesday evening and taken down about 8:45 p.m. Wednesday, showed Milligan and a woman buying dog food at Costco, then delivering it to HSU. At the end of the video, an HSU staff member thanked the donors and said, “You guys are awesome,” according to Shepherd.

That employee was “upset” when she saw the video, according to Shepherd. Had she known who the donors were, she “wouldn‘t have said that,” Shepherd said.

Additionally, Puppy Barn didn’t have “consent to film our staff or use our logo or name,” Shepherd said.

Shepherd said she believes Puppy Barn had good intentions with the donation but that to accept the donation would be hypocritical.

“We don’t want to promote buying puppies when we deal every day with trying to find them homes.”

END_OF_DOCUMENT_TOKEN_TO_BE_REPLACED 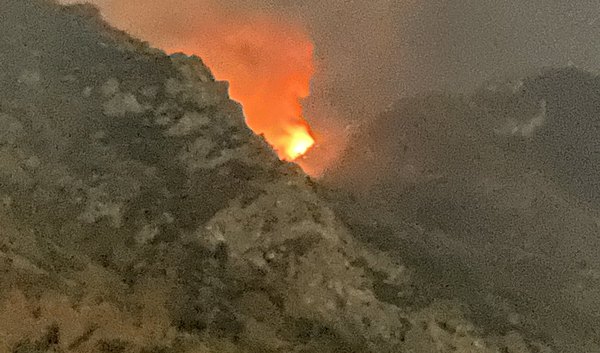 Don Gale: Too little leadership, too much populism
By Don Gale | Special to The Tribune • 1h ago
END_OF_DOCUMENT_TOKEN_TO_BE_REPLACED