Zombie apocalypse! TV’s 6 most successful shows about the undead

It’s not exactly original to argue that there are too many cop shows on TV. Too many legal dramas. Too many medical dramas.

Even too many shows based on comic books — which is not a hard case to make, given that there have been more than 20 of them this year.

But who would’ve ever thought there’d be a glut of zombie shows on the TV market?

Vampires, sure. They’re evil and sexy and scary. But zombies? They’re gross and disgusting and terrifying.

Do we really need half a dozen shows that center on the undead? Really?

And “The Walking Dead” is going where no zombie TV show has ever gone before. It will air its 100th episode on Sunday (10 p.m., AMC) — not bad for a show that AMC had so little confidence in that it ordered just six episodes for its first season. But, hey, that was way back in 2010.

Here are the most successful zombie shows in American TV history, based on the number of episodes produced and not necessarily quality.

1. “The Walking Dead” (100 episodes as of Sunday at 10 p.m. on AMC; it will hit 115 at the end of Season 8 and has been renewed for Season 9) • There are those who argue that this show is not as good as it once was, that it has become repetitive and overly gory. And they’d be right. But this grim tale of those who survived that zombie apocalypse and struggle to survive the evil humans who remain still attracts a huge audience. There’s no end in sight.

2. “Z Nation” (Episode 47 airs Friday at 10 p.m. on Syfy) • Both this and “The Walking Dead” center on survivors of a zombie apocalypse. But there are major differences. In “Z Nation,” there’s a cure, and there are laughs. There are precious few of those in “TWD.”

3. “iZombie” (45 episodes to date; it returns for Season 4 on The CW sometime later this season) • What’s a young doctor to do when she gets bitten by a zombie and turned into one? Well, get a job in the morgue — when she can eat the brains of murder victims and recapture bits of their memories so she can help catch their killers. It’s weird and wacky and often hilarious. And as we head into Season 4, the existence of zombies is no longer a secret — so there will be major changes.

4. “Fear the Walking Dead” (37 episodes to date; it has been renewed for a fourth season in 2018) • There are those who argue that “Fear” is not as good as the original “Walking Dead.” And they’d be right. But there’s also no end in sight to this spinoff.

6. “Santa Clarita Diet” (10 episodes to date; Season 2 will debut on Netflix in 2018) • Things get crazy for a pair of married real-estate agents (Drew Barrymore and Timothy Olyphant) when she turns into a zombie and he decides he loves her so much he’ll help her kill and eat humans. It’s American suburban narcissism with an undead twist.

“Supernatural” • There have been half a dozen zombie episodes, but after 266 episodes (and counting) there aren’t many monsters it hasn’t featured a few times.

END_OF_DOCUMENT_TOKEN_TO_BE_REPLACED 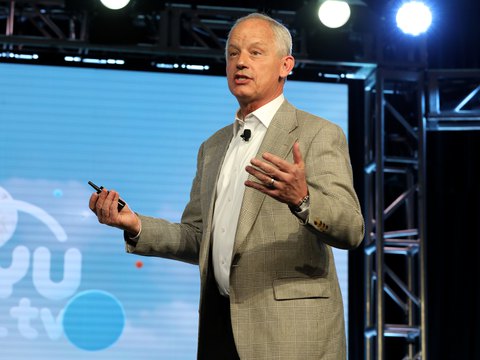