Floating • Inflatable kayaks are a novice-friendly alternative to rafts and hardshells.

9 miles down the Colorado River in 54 seconds

Moab • On the Saturday of Memorial Day weekend, one raft after another shoved off from Dewey Bridge campground and into the current of the Colorado River.

Then, late in the morning, under a blue sky that allowed the sun to shine on southeast Utah's red cliffs, some smaller watercraft arrived. Like the rafts, they were made of rubber and needed air pumped inside of them. But these craft were narrower, sleeker and — with the right hands holding the paddles — more maneuverable than rafts.

Inflatable kayaks, often called "duckies" by river runners, offer a smooth ride that's close to the action. While duckies are best relegated to flat water, they are easier to transport than their hardshell kayak cousins and don't require as much skill.

"There's a little less of a learning curve right off the bat with duckies," says Brian Babbitt, co-owner and lead instructor at Rapid Progression Kayak School.

The school teaches would-be river runners to maneuver hardshell kayaks, but Babbitt said Rapid Progression has considered adding duckies to its beginners curriculum. If a duckie capsizes, the pilot falls out of the boat. A hardshell pilot stays in the boat and needs to know how to righten, Babbitt explained.

Capsizing wasn't much of a worry at Dewey Bridge on Memorial Day weekend. The water there, and for the next 9 winding miles down river to Lower Onion Creek campground, was fast but flat.

After about 15 minutes inflating the kayaks with hand pumps, fastening detachable oars together and putting on life jackets, six two-person duckies and a one-person duckie glided into the water. The occupants sat against the inflatable pillows that rise up from the duckies like camel humps. Cold river water entered through the small holes in the bottom of the boats and chilled the backsides of the people in them.

The stretch of river from Dewey Bridge all the way to Moab parallels Highway 128. No matter how many times you have driven past the redrock cliffs there, you are guaranteed to see things from the river you haven't noticed before.

Not far downstream from Dewey Bridge, you see a wooden ladder going up and down a cliff. It's old, rickety and past its days of being a climbing aid, but the sight of it still has the feel of a mild archaeological find.

Cranes and hooded mergansers can be seen in the still water along the river banks. Ravens and hawks fly above the cliffs.

The geology overhead offers its own sightseeing. There are rocks and spires of all shapes. High in some rock faces, there are huge bowl-shaped depressions that would make great amphitheaters if they were not so inaccessible.

In the spring and early summer, the current does most of the work. Paddling is usually necessary only to straighten the duckie. Even then, the task can usually be accomplished by just dragging an oar on the side you want the duckie to turn.

For those times the current doesn't seem to want you to make the turn in the river, real padding may be required. In a two-person duckie, the front occupant may do most of that paddling while the rear occupant steers with his or her oar.

Duckies offer enough space to bring a small cooler or dry bag. On the float from Dewey Bridge, the campground at Hittle Bottom makes a good spot to pull out of the river, have lunch or play in the sand and water.

When floating with a group of duckies, it's helpful to discuss such a plan before you put into the water. Duckies tend to get dispersed on the river.

Duckies do have their limits.

Babbitt said most people become uncomfortable in them upon encountering Class III rapids. Those are defined as rapids with moderate, irregular waves big enough to swamp a canoe. The scale stops at Class VI.

Even experienced river runners would be hesitant to take a duckie into rapid water, he said.

"I'm a Class V whitewater kayaker," Babbitt said. "I would not put a duckie in a Class V."

The duckies can still be just as fast as anything floating on the river. With the water level high from the snowy winter, the Memorial Day weekend float from Dewey Bridge to Lower Onion Creek took only about three hours, including the stop at Hittle Bottom. While owners of some hardshell kayaks at the take-out were tying their watercraft onto cars and trucks, the duckie crews were deflating the boats and rolling them up.

END_OF_DOCUMENT_TOKEN_TO_BE_REPLACED

Zion National Park’s visitor numbers are way down due to COVID-19, but demand isn’t
By Libby Seline • July 4 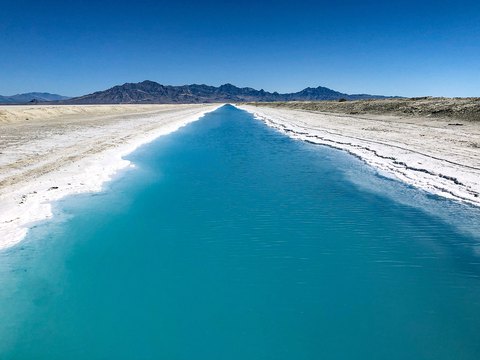 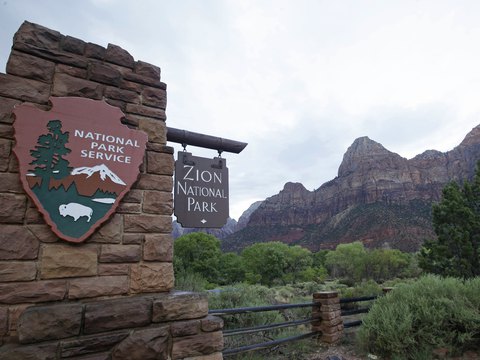 More Utahns, others are renting RVs for their vacations amid the coronavirus
By Libby Seline • June 22
END_OF_DOCUMENT_TOKEN_TO_BE_REPLACED
L

Ross Douthat: How the GOP might get to yes on a replacement for Ginsburg
By Ross Douthat | The New York Times • 14m ago