Bluff • Krieg Benally was crashing on the couch at his family’s house a quarter-mile north of the Navajo Nation when he had his first viral hit. It was 2015, and Benally — a Diné (Navajo) and San Carlos Apache DJ and producer — had worked for days in Bluff to remix “Burn Your Village to the Ground,” a song by the all-indigenous Canadian electronic group A Tribe Called Red.

Benally and his frequent collaborator Hünter Sky — a Canadian musician and member of the Cayuga tribe — lengthened the song and added what Benally calls “a very aggressive downtempo energy.” The duo then repeated the chilling chorus, which samples a monologue by Wednesday Addams from a scene in the 1993 movie “Addams Family Values” — where she subverts the Thanksgiving myth during a summer camp play and sets fire to the pilgrims’ village.

Benally made a video to accompany the remix, using archival footage of indigenous activists and reflecting themes such as land theft by colonizing Europeans, the crisis of missing and murdered indigenous women and income inequality.

It was a powerful combination. Benally recalls showing it to his mom and hearing her breath catch in her throat.

To date, the remix has racked up more than 3 million views, far more than the original track, and it remains Benally’s biggest hit. Neon Nativez, Benally’s stage name, has since continued to gain acclaim on the indigenous music scene by incorporating traditional Diné drumming and songs into various subgenres of electronic dance music (EDM): dubstep, trap and house.

The peaceful redrock landscape of the northern Navajo Nation and EDM’s thumping bass are not the most obvious pairing. But Benally has managed to combine the two into an original body of work, in tune with place and tradition but fully comfortable in the digital realm.

Benally imagines the target audience for Neon Nativez as indigenous people who have a foot in both the modern and traditional worlds. “It’s me having fun,” he said. “It’s me being me. I like to make music, and I like to support my culture.”

With a population of less than 300 and an above-average number of retirees, Bluff is not exactly the hub of a booming EDM scene. But Benally has been able to navigate online forums to find collaborators on much of his music. To this day, Benally and Sky have never met in person, despite working together as Neon Nativez for a number of years.

Sutherland Institute’s campaign against Bears Ears was relentless, effective and mostly funded by a tight circle of activists

He has been in contact with members of A Tribe Called Red, he said, and has received permission to remix their work. While using samples and creating mashups of other work is common in EDM, rap and other forms of music, copyright law limits when such uses are legal without permission.

Benally said he has heard some concerns about the use of traditional Diné songs, and he is careful to only sample from songs that are sung in social, not ceremonial, settings. “It’s not like I’m going into the complete darkness uneducated,” he said. “I do my homework to familiarize myself with the songs I use and what their intended purposes are.”

For the most part, the reaction to the music of Neon Nativez has been positive, and its Facebook page has attracted more than 35,000 followers. “People send me direct messages that say, ‘Thank you for making this kind of music. I’ve been looking for something like this.’ It’s pretty crazy because there isn’t a lot of music out there for indigenous people who like to hear their music infused with the music I make.”

Benally didn’t grow up with a lot of technology around. His childhood home lacked electricity, as is the case for an estimated 60,000 people living on the Navajo Nation today.

After attending high school in Blanding, Benally moved to Salt Lake City, where he learned to use synthesizers and music production software with the help of a coworker at a GameStop store. He has since taught himself to code and to make polished music videos. In his more recent uploads to YouTube, Benally moved away from the archival footage used in “Burn Your Village to the Ground” and instead shot his own footage near Bluff.

In the last year, Benally, 35, has begun performing at shows across the Four Corners, and the bookings have started to accelerate. Last weekend, he played for the annual Bluff International Balloon Festival with Diné guitarist Tyler Tisi of Tuba City, Ariz. The two met in person only a few hours before the show, but they performed seamlessly, Benally working the laptop and mixing board and Tisi weaving in riffs on his electric guitar.

A dozen hot air balloons were inflated on the ground outside the Bluff Community Center for a “glow in,” and as night fell, the blasts of flame under the balloons lit them up in a giant light show that synced surprisingly well with Benally’s beats.

Another of Neon Nativez’s recent hits was a collaboration with Sage Cornelius, a Diné violinist who joined Benally for a live show at the Bluff Arts Festival in October.

And over the summer, Benally attended the Bears Ears Summer Gathering near the namesake buttes for Bears Ears National Monument, an annual celebration that brings together members of numerous tribes from across the country.

Benally said that while he is still learning the nuances of the monument debate, he supports the protection of ancestral cliff dwellings and cultural sites. He filmed the festivities and used them as a video for his track “Indigenous Is a Vibe.”

Benally said living in Bluff was sometimes boring as a kid, but the landscape of rural San Juan County now helps inspire his music. “There are no distractions. There’s no craziness,” he said, adding he often goes on hikes after working his shift at a local restaurant.

“Rave in beauty” — the subtitle for Neon Nativez that Benally uses on his website — is a phrase that captures the synthesis between canyon country, Diné culture and EDM that Benally is able to achieve in his songs.

“I breathe in the elements of home,” he said. “And then when I go to make my music, I feel like all of that meditation or hiking or being outdoors goes with my music. It helps me create my music. I love it.”

END_OF_DOCUMENT_TOKEN_TO_BE_REPLACED 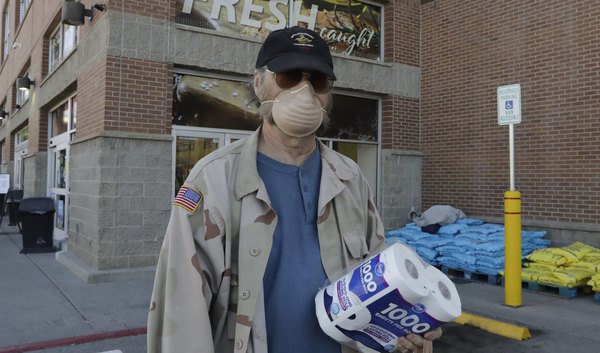 Ask Ann Cannon: My sister wants her dog to come to the family reunion
By Ann Cannon • 1d ago 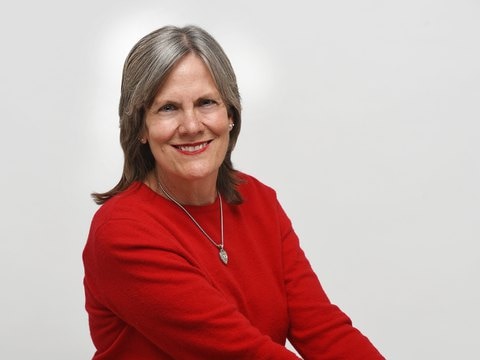 Ann Cannon: If the LDS Church ever gets on board with Lent, I know what I’ll give up
By Ann Cannon • 1d ago
END_OF_DOCUMENT_TOKEN_TO_BE_REPLACED
L

Emily Bell McCormick: A reminder that the future of equality is bright
1m ago

Silver linings: An ultramarathon was canceled because of the coronavirus, but that didn’t stop this Utah family
28m ago