It’s a moose! It’s a man! It’s the star of the weird little film festival returning to tiny Bicknell, Utah.

The problem with movies about Alaska, says Alaska-based cartoonist and screenwriter Chad Carpenter, is their creators “don’t film in Alaska.”

Carpenter, who writes the syndicated comic strip “Tundra,” decided to fix that by writing and producing a movie made in and about Alaska. Thus was born “Moose: The Movie,” a horror-comedy that will open the weirdest little film festival in America, the Bicknell International Film Festival.

The festival, running July 27 and 28, is a celebration of bad B-movies that launched in 1996 in Bicknell, a central Utah town of more than 300 residents just west of Capitol Reef National Park. The festival has been on hiatus since 2013, but is returning thanks to a local arts organization and the owners of a recently renovated theater.

“There’s a lot of pent-up demand for BIFF,” said Don Gomes, vice president of the board of directors of Entrada Institute, the arts nonprofit in Torrey, 8 miles east of Bicknell. “The whole idea is to celebrate the cultural icon of the B-movie.”

The Entrada Institute is reviving the festival at the Bicknell Theater, 11 E. Main St. in Bicknell, on State Route 24 — about a three-hour drive from downtown Salt Lake City.

Gomes and his wife, Annie Holt, moved to Torrey four years ago from Alaska, where they had moved after many years in Utah. (Gomes used to be heard regularly as a host on public radio stations KPCW and KCPW.) Their 5½ years up north inspired the theme for the film festival’s first year back: “Alaska: Films Worth Freezing For … in July!”

“Moose: The Movie,” which will open the festival, is “Scooby-Doo on steroids,” said Carpenter.

The idea for “Moose: The Movie” came to Carpenter on a six-hour drive from Fairbanks to his hometown of Wasilla — the city that once elected as mayor Sarah Palin, later Alaska’s governor and John McCain’s 2008 running mate.

He thought about making a movie about a creature. “And wouldn’t it be fun if the creature was some kind of moose?” Carpenter recalled. “It would be half-man, half-moose. A moosetaur.”

After the Carpenters wrote the screenplay, Chad Carpenter said, “I wanted to put some money into it.” A crowd-funding campaign raised about $65,000, and that “pretty much forced me to make the movie at that point, because I promised all these people we would,” he said.

Carpenter raised an additional $40,000 to make the total budget more than $100,000 — impressive for a no-name indie, but nothing compared with Hollywood budgets. “You can’t even wax Brad Pitt’s legs for $100,000,” Carpenter said.

Most of the cast and crew, from director G. Logan Dellinger on down, are from Alaska. Filming took place over 50 days and was harder than Carpenter thought it would be. “I don’t think I had any gray hair when we started,” he said.

The effort paid off. The movie debuted in a local theater in Wasilla, and what was supposed to be a 10-day run stretched to six weeks. A national theater chain picked it up and played it in other theaters in Alaska and about 20 screens in the lower 48. Then it came out on DVD, and “we broke even in about eight months,” Carpenter said.

Gomes heard about Carpenter’s movie and thought it would be a perfect fit for Bicknell. “That’s exactly where ‘Moose: The Movie’ would thrive,” Gomes said.

Continuing the Alaska theme, the festival’s closing-night film is the 1960 adventure “North to Alaska,” which stars John Wayne and Stewart Granger as Sam and George, partners on an Alaskan gold claim in the 1890s. Sam goes to Seattle to retrieve George’s French fiancée, but finds the woman has already married someone else. So Sam brings back a substitute, a dance-hall girl nicknamed Angel (played by the French beauty Capucine), who falls for Sam.

Further complicating the story are George’s kid brother Billy (played by the teen idol Fabian), who develops a crush on Angel, and Frankie (played by comedian Ernie Kovacs), a con man with designs on Sam and George’s claim.

Though made only a year after Alaska achieved statehood, “North to Alaska” was filmed mostly in California.

The revived festival, Gomes said, will have an Alaskan-themed caravan on the 8 miles of highway from Torrey to Bicknell — but, because of permit requirements, they aren’t calling it a parade.

The parade was one of the original events when indie filmmaker Trent Harris and former Utah Film Commission official Lory Smith started the Bicknell festival in 1996. They boasted it was the only parade “to reach speeds of 55 mph.”

The festival was designed as a Pioneer Day weekend homage to cheesy movies and an offbeat alternative to other film festivals. That first festival featured two flying-saucer classics, “The Day the Earth Stood Still” and “Forbidden Planet.”

Brian Brill, whose family renovated and reopened the Bicknell Theater in 2015, said he has heard one question repeatedly from locals and out-of-towners alike: “When are you going to bring back BIFF?”

The Brill family had operated the theater, then called the Wayne Theatre (for Wayne County, where Bicknell sits), under the previous ownership. The theater was then open only on Friday and Saturday evenings, drawing locals and some tourists visiting Capitol Reef.

Running the theater got Brill thinking. “If I ever was to run a theater myself, this is how I’d do it: I would put in a cafe, an ice cream parlor, and run movies all week long, instead of just weekends only. The front lobby would be open all day long for lunch and dinner. Then the building would work for itself.”

After a year running the theater, the Brill family acquired it, and the renovations began. His wife, Kalynn, and their five kids all chipped in, he said.

“The community has been so supportive,” Brill said. “When it was down for a year, they were missing it. They would have to drive to Richfield or Salt Lake or Cedar City to see a movie.”

The theater reopened, a 184-seat auditorium with the new Bicknell Theater name, on Christmas evening 2015, with “Star Wars: The Force Awakens.”

“We tried to reinvent the magic of the theater,” Brill said. With big multiplexes, he said, “you lose that personable feeling with your customers coming in. You’re not able to interact with them as much.”

The Bicknell festival fits in with Brill’s mission when he reopened the theater. “It’s fun seeing people come in with a smile and leaving with a smile,” he said.

Carpenter is thrilled that the Bicknell festival is bringing his weird bit of Alaska to the lower 48. “I’m glad to be co-headlining with John Wayne,” he said.

The return of the event that celebrates cheesy B-movies.

END_OF_DOCUMENT_TOKEN_TO_BE_REPLACED 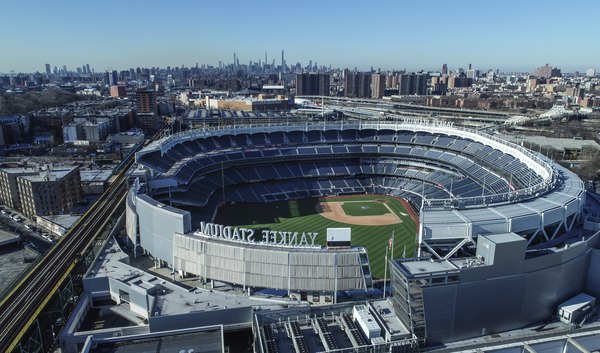 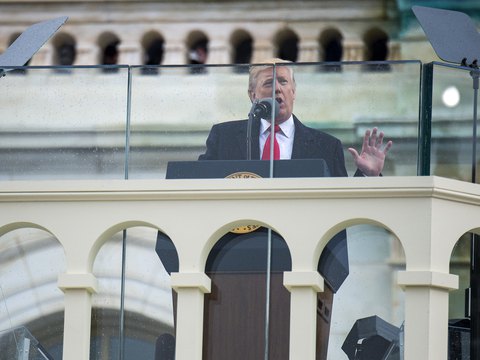 Paul Krugman: Trump takes us to the brink
By Paul Krugman | The New York Times • 57m ago