A goofy sense of inconsequentiality is an underappreciated trait in comedies. There’s an abiding charm to movies so low in their stakes and so loose in their order that they feel as if at any moment they might fall apart. Films like “Caddyshack” and “Monty Python and the Holy Grail” are good examples, but outside of the loose absurdities of some of Will Ferrell and Adam McKay’s films (“Step Brothers,” ″Anchorman”), most of today’s big-screen comedies are more conceptually tidy.

The comedy collective Broken Lizard, though, are pupils of the “Caddyshack” school. They are in it mainly to amuse themselves and smoke a lot of weed in the process. It’s a laudable mission.

Fittingly timed to open in theaters on 4/20 is “Super Troopers 2,” Broken Lizard’s sequel to their minor cult hit, the 2001 original that introduced the troupe, formed in the ’90s at Colgate University, of Jay Chandrasekhar, Kevin Heffernan, Steve Lemme, Paul Soter and Erik Stolhanske. They went on to make a handful of other films and their director, Chandrasekhar, has helmed episodes of notable TV sitcoms (“Arrested Development,” ″Community”), but “Super Troopers” remains their best-known (and easily their best) film, one propelled largely by its popularity on home video.

“Super Troopers” deserved the love that came its way. It’s about a station of prank-loving, drug-taking Vermont highway patrolmen (all played by the Broken Lizard gang) who couldn’t take their jobs less seriously despite the efforts of their exasperated but lovable chief, played by the excellent Brian Cox — an 800-pound gorilla of an actor in a pleasantly featherweight comedy.

It was the movie’s fans who — through a surprisingly successful crowd-funding effort — pushed “Super Troopers 2” into existence, 17 years later. Such gaps have been death to comedies (“Zoolander 2″ comes to mind) but nothing so dramatic befalls this still-low-budget, still-low-stakes sequel. The Broken Lizard guys remain amusing and likable. Their fondness for running gags hasn’t slowed down. And they can still get a lot of mileage out of guys with guns and mustaches in uniforms acting stupid.

But while “Super Troopers 2,” also directed by Chandrasekhar and written by the troupe, may be just enough to satiate any remaining die-hards, it’s not likely to convert many new moviegoers to their syrup-swilling, “meow”-ing ways. The new film finds the group, having lost their police jobs after something ominous referred to as “the Fred Savage incident,” recruited from their contracting and lumberjack gigs to patrol an area of Quebec that has been newly discovered, from an old map, to be rightfully Vermont’s. They are sent across the border, with Cox’s chief in tow, to take over policing the soon-to-be annexed territory. They are the face of the Canadians’ new, unwanted American overlords.

No one will say it’s the most original of plots, nor will anyone be much surprised at the avalanche of Canadian jokes to follow. Most are flat (including a disconcerting number of metric system gags) but some — like their pseudo-French impersonation of Mounties — are winning. Rob Lowe drops in to play a bordello-owning Canadian mayor, the Montreal-born Emmanuelle Chriqui (“Entourage”) co-stars as a French-speaking cultural attaché and Lynda Carter returns as the Vermont governor.

In the time since “Super Troopers,” the humor to be found in unprofessional police officers has perhaps waned. But “Super Troopers 2,” retreating northward to the land of Canuck puns, has little interest in commenting on police brutality or much of anything political besides its underlying argument that a little criminality, but not too much, in life is good. They are anti-authoritarian authorities.

Rating • R for crude sexual content and language throughout, drug material and some graphic nudity.

END_OF_DOCUMENT_TOKEN_TO_BE_REPLACED

A small Utah theater company shuts down after six COVID-19 cases among cast and crew
By Sean P. Means • 3d ago

Utah’s FanX convention is axed for 2020, because of COVID-19
By Sean P. Means • 3d ago
END_OF_DOCUMENT_TOKEN_TO_BE_REPLACED
L 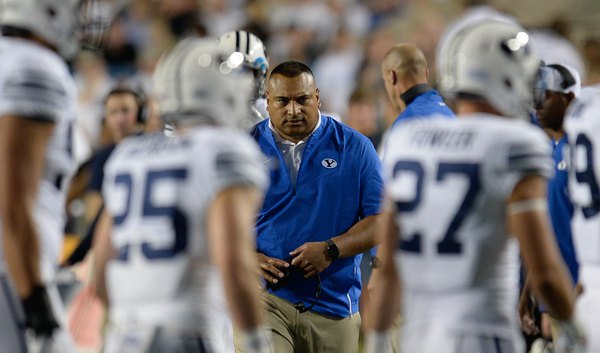 BYU’s football schedule is in tatters. How do the Cougars plan to replace five lost games?
By Norma Gonzalez • 12m ago 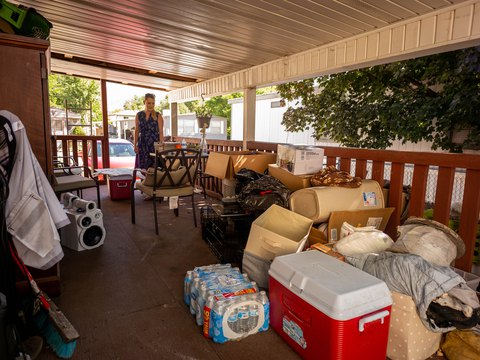 Centerville residents facing eviction in the middle of a pandemic, but not without a fight
By Taylor Stevens • 39m ago