Draper • One waitress called me darlin’ and sweetie, and told me a particular sauce that accompanies lots of dishes — including the housemade pork rinds, fried green tomatoes and blackened pork chop — would be good for my soul.

Like the name says, Sauce Boss Southern Kitchen serves lunch and dinner with origins far from Utah. It’s the kind of “soul food” that executive chef and owner Julius Thompson grew up eating in the kitchen of his Arkansas-born grandmother; the kind that relies on pork and cornmeal and rich sauces that come from using lots of butter.

The goal is to “fill people up and send them home happy, like you do with family,” says Thompson, who opened the restaurant in May after running a food truck for three years.

You will be happy if you are seeking huge and filling portions of down-home cooking, full of fat and flavor. Vegetarians and those on a diet, not so much.

There are healthy options, but let’s face it, you probably didn’t come for the broccoli kale or kale apple salads (both $9.65). The broccoli kale salad (you can add chicken for $2) is packed with kale, red cabbage and broccoli and sweetened with cranberries and a thick honey-dijon dressing.

There is no question you will go home full — with leftovers to spare. Portions are huge. The eight main dishes ($11.55-$14.75) come with one or two sides, plus cornbread. Those eight sides are also available for $3.55 each.

A must-try dish is the shrimp and grits ($13.25): Shrimp and chunks of bacon are sautéed in housemade blackened butter — made with paprika, cayenne, oregano, onion, garlic and thyme — and top grits flavored with cheddar. A slick of that blackened butter pools on top. A similar option is the Big Cheddar ($13.25), which puts the shrimp and bacon on top of pasta shells tossed with a housemade sauce of cream, Parmesan and mild cheddar.

Known as Golden Splendor, that improved version of macaroni and cheese comes as a side and is one of the few dishes that migrated from Thompson’s food truck to the restaurant. The Sauce Boss Pasta truck specialized in Italian dishes. But when Thompson decided to open a restaurant, he opted for Southern food that proved popular when he catered and is much harder to find in Utah.

Thompson says he became a chef because eating was one of the few joys he experienced as a child when he says he spent time in foster care and living in shelters.

Persian kebabs and stews — spiked with nuts, herbs and spices — are a delight at Sumac Cafe in Cottonwood Heights

He put pork neck bones ($12.55) on the menu to remind him of his humble beginnings, and as a nod to the origins of soul food, which is said to have started when African slaves were given scraps and had to make them palatable. Thompson sears and simmers the bones and serves them with red potatoes and green beans in a broth. I didn’t try them, but they have a fan base.

I did try the catfish ($14.75) — a large, flaky filet inside a spice-studded cornmeal breading, which also coats the fried green tomatoes and okra appetizer ($7.75). Both come with their own sauces that elevate the meal: a tangy ranch dressing for the tomatoes, and a signature soul sauce for the catfish, which adds some heat to the dish.

The soul sauce — a mixture of ranch, a blackened spice blend and housemade barbecue — is such a hit, Thompson is working on bottling it for sale. Thompson learned he had a knack for sauces during culinary school, which is how he came by the name for his restaurant.

One of the pork chop versions on the menu was dry, but the chicken-fried chicken ($12.95) has a nice, hard crust from sitting overnight in flour and egg and getting dredged again before it’s cooked.

The sides may be the best part. The collard greens, slow cooked for two hours with bacon, onion and garlic, are creamy and hold their shape. The candied yams, made with vanilla, butter and cinnamon, may be a little too sweet, but taste great after a bite of the cheesy pasta shells. Thompson added black eyed peas after customers requested it, and the broth is thick and complex.

For dessert, we tried the sweet potato cheesecake ($6.95), made by the local Curbside Cheesecake food truck. It’s a special for now, but should be a staple. The lemon bars ($6.25) had a similar cheesecake texture, but that’s from using sweetened condensed milk. It’s not as lemon-y as the bars I’m used to, but still delicious. Next time I’ll try the apple bread pudding, now that I know the green apples are caramelized and mixed with cream cheese.

No, I couldn’t eat this way every day. But I’ll be grateful for this Southern outpost when it’s time for a dietary splurge.

Heather May is a freelance writer and can be reached at heathermayslc@gmail.com.

Sauce Boss Southern Kitchen • ★★★ (out of ★★★★) The owner of an Italian food truck has opened a Southern restaurant in Draper filled with flavorful and filling food recreated from his childhood.

END_OF_DOCUMENT_TOKEN_TO_BE_REPLACED 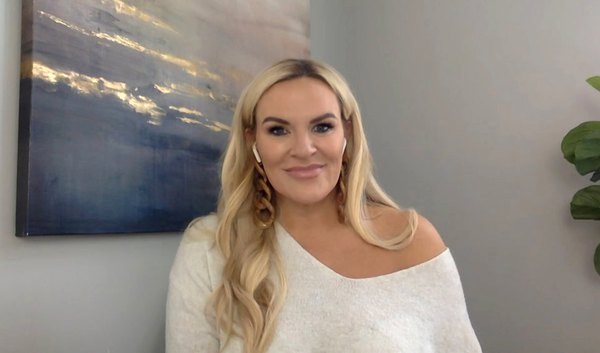 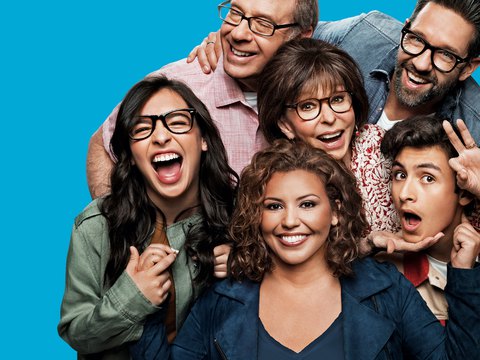 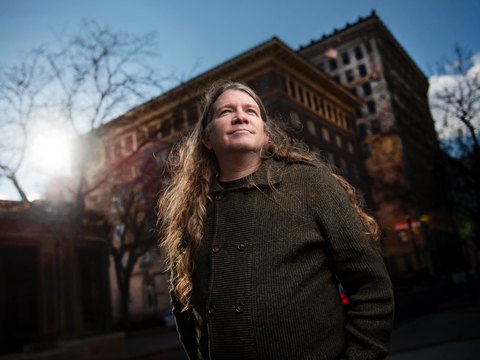 ‘If there is a heaven, my father is in it’ — Son discovers his dad, the first person to die of AIDS in Utah
By Peggy Fletcher Stack • 2d ago
END_OF_DOCUMENT_TOKEN_TO_BE_REPLACED
L

Why are Utah hunters killing so many trumpeter swans?
By Brian Maffly • 38m ago

Paul Krugman: How will Biden deal with Republican sabotage
By Paul Krugman | The New York Times • 38m ago