As the sun set Wednesday, there were cheers and applause for winners of the second annual Salt Awards — honoring excellent products, services and experiences in Utah. Winners were revealed in a multimedia show projected on a wall above The Salt Lake Tribune’s scenic balcony overlooking Salt Lake City’s skyline.

Winners were selected in the Readers’ Choice division, with fans voting online for their favorite arts, restaurants, breweries and family adventures. Tribune staff also selected eight Editor’s Choice winners, honoring new restaurants and breweries that readers might not have tried.

Here’s a snapshot of The Tribune’s Editor’s Choice winners. Find our readers’ picks at tribsalt.com.

This adventurous eatery, housed in a renovated warehouse once used for candling eggs and fermenting cheese, is proof that Salt Lake City has come into its own. Three young chefs — Mike Blocher, Nick Fahs and David Barboza — have created a playground where they take the best the season has to offer and do cartwheels with it. The menu is small, but ever changing, and relies heavily on local meats and produce, including from the restaurant’s own garden. The wine list is carefully curated to complement the menu and a small selection of craft cocktails gets the party started. All this magic happens in a space that is comfortable, beautifully appointed and quiet enough for conversation. Add impeccable service and you have a true gem in an area starved for fine dining.

We’re sure lobster aficionados on the East Coast must have been perturbed when a food truck in landlocked Utah won the title of World’s Best Lobster Roll at a competition in Portland, Maine, besting 11 other semifinalists. But owners Ben and Lorin Smaha actually hail from Maine and New Hampshire, respectively, and know their crustaceans inside and out. They recently opened a small, casual café in the Prospector Square neighborhood of Park City and are serving their luscious, buttery rolls in three sizes along with lobster lettuce cups, lobster bisque, lobster sliders and, well, you get the idea. The shellfish is flown in daily and tastes so fresh you would swear you were in Bangor if not for the Rocky Mountains that form a picturesque backdrop.

If you’ve never indulged in molcajetes, this is the place to treat yourself. A lava rock bowl brimming with meat, chicken and shrimp, all perched atop a piquant tomatillo sauce spiked with cheese and served with tortillas, is just the thing to sate the senses and fortify the soul — especially if it’s accompanied by one of the restaurant’s excellent margaritas. Chile Tepin offers standard dishes Americans expect from a Mexican restaurant, such as tacos, burritos and chimichangas, but it goes above and beyond with moles and specialties such as the molcajete and parrillada, a sort of mixed grill plate with beef, chicken, shrimp, peppers and guacamole. The food is fresh, reasonably priced and tasty, served in a beautiful historic building with lots of natural light.

Returning to Park City having mastered the art of open-flame cooking, Firewood chef and owner John Murcko offers the best smoked, grilled, braised and burnt ingredients prepared on the custom-designed grill at the center of the restaurant. Using five cooking stations featuring cedar, cherry, maple and other woods to enhance food flavor, Firewood’s menu is heavy on meat, fish and fowl alongside heirloom and regional ingredients that rotate seasonally. In just a season, Firewood has branded itself as a dependable, flavor-forward choice on Park City’s Main Street.

Pizza Nono’s menu and concept are designed for speed and self-sufficiency — perfect for Salt Lake City’s bustling 9th and 9th neighborhood. An efficient online ordering system lets neighbors breeze in for takeout orders of thin-crust, wood-fired pies like the Rocket Man. This three-cheese superstar offers up a melted fontina and mozzarella layer generously topped with peppery arugula, thin slices of prosciutto di Parma and a dusting of Grana cheese on a lightly charred crust.

Housed in a beautifully restored historic home in Draper, Charleston Café serves Sunday brunch, salads and panini at lunch and dinner three nights a week. Diners sit beneath chandeliers and artwork depicting flappers doing the Charleston and other scenes from the Roaring ’20s. Outside, guests can relax on the porch or under mature shade trees, sip cocktails or Italian sodas and take in the restaurant’s Southern charm and hospitality.

The Eklectik in downtown Salt Lake City is the visual definition of eclectic — one part restaurant, one part thrift shop and one part art gallery. It also lives up to its name by delivering a menu highlighting dishes from Mexico, Europe and South America in an atmosphere studded with whimsy and wonder. Enjoy soups, salads, small plates and entrees that celebrate the places the owners have lived and traveled — only reimagined using local ingredients wherever possible.

Rib-sticking comfort food like grits and fried chicken are what’s hot on the menu at Tradition — the new darling of the Liberty Wells neighborhood. But the best thing there is the pie. Nestled between buttery and flaky layers of crust are five daily flavors including spiced cherry with lemon zest or the caramel apple with brown butter Granny Smiths. Cinnamon-marinated peach, ginger berry and chocolate bourbon round out the offerings. All can be purchased as whole pies and slices can be topped with fresh whipped cream or house vanilla ice cream for $2 more.

— Heather L. King and Anne Wilson contributed to this story.

END_OF_DOCUMENT_TOKEN_TO_BE_REPLACED 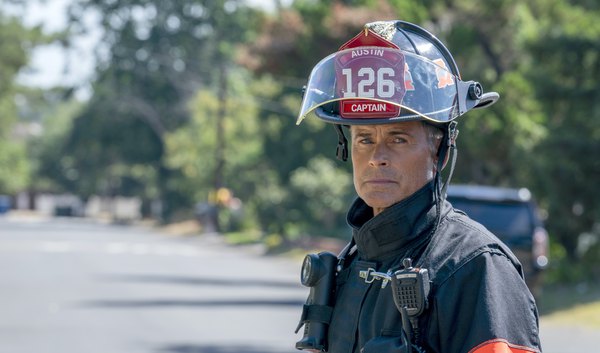