Relocated, smaller Salt Lake Roasting Company is a blend of new and nostalgia

Coffee • The shop, an institution in the city for 36 years, is moving up the street.

As the founder and owner of The Salt Lake Roasting Company, he has spent 36 years selling coffee in a state where practicing members of the predominant religion abstain from his primary product.

And no one would have questioned Bolton if he had quit when Salt Lake City bought his coffee shop on the southeast corner of 300 East and 400 South — along with the old Barnes Bank building next door — to make way for an affordable housing development.

Instead of retirement, though, the 67-year-old Bolton has poured his soul into creating a new location for The Roasting Company five blocks east at 820 E. 400 South. "I don't picture myself retired," he said. "I like what I do."

For those seeking one last cup of Utah coffee nostalgia, Bolton said the old shop should be open for about one more week.

"There are a lot of memories there," he said, although he hasn't had time to feel melancholy while overseeing a remodel of the old Wasatch Pizzeria building. The Roasting Company will now sit next to a lube and oil business, across the street from a fast-food Mexican restaurant and just a few steps from a TRAX stop.

Customers should immediately recognize the new building, with the same "Bora Bora" blue exterior paint, a nod to the developing nations where coffee beans originate.

"When I travel to South America, everything is pastel," Bolton said. "Life is hard, and painting buildings bright colors cheers people up."

At 3,500 square feet, the new store is half the size of the current one, and that's by choice. "I'm not upscaling," Bolton said during a recent interview. "There are so many good places to have coffee now. It doesn't make sense."

The smaller space has its advantages, like updated plumbing, modern electricity and a street-level door for deliveries, something the old building — constructed in 1951 — lacked. No longer will Bolton and his employee have to carry 154-pound bags of coffee beans down, and then up, a set of 22 stairs.

Several weeks ago, a crane lifted the German coffee roaster, which Bolton bought in 1983, out of the old building. It was rolled into its new spot on pipes. Hanging above it is "The Roasting Company" sign, in neon red and green.

There are other familiar touches customers might recognize: the metal door handles, the iron gates that surrounded the patio, the raised maps of coffee-growing regions and the wood case with drawers that stored coffee.

Bolton said he couldn't bring the large world map, as it was glued to the walls. But he searched the web and was able to find another that now hangs in the new loft.

Those old favorites will be mixed with more modern high ceilings, skylights and a stand-up bar as well as high-tech brewing systems that will provide batch coffee and coffee by the cup.

Such technology wasn't available in 1981 when Bolton, a chef at Snowbird Ski Resort, started roasting coffee beans. "My initial dream was to open a restaurant that had good coffee," he said.

He sold roasted coffee beans wholesale for a few years before opening The Roasting Company two years later in the building where Stoneground Kitchen now stands. It was the first coffee roaster between Denver and San Francisco, and it became a symbol of the Utah counterculture. In 1991, the shop moved to its current spot across the street. About three years ago, Bolton sold the building to Salt Lake City when officials informed him of their plans for a housing development.

Throughout the years, Bolton has traveled the world — from Ethiopia and Zimbabwe to Mozambique and Kenya — in search of sustainable, organic beans.

With so many years of experience, he was naturally skeptical of the "third wave" of coffee roasters that have opened in Utah in the past five years.

"At first, I thought no one was going to tell me how to do things; I've been doing this 25 years," he said. But over time "it has brought interesting things to the table and competition makes you better. At least it has made me better."

Today, he sees coffee shops as modern-day bars, places you go for camaraderie.

"You have to have a good product," he said, "but you also have to make people feel welcome and part of something."

Bolton, who started his family later in life — he and his wife are raising three children ages 11, 8 and 6 — hopes the new location will bring longtime customers and a new generation of coffee drinkers.

"I'm at peace with the move," he said. "I still get to do what I'm good at, which is roasting coffee."

END_OF_DOCUMENT_TOKEN_TO_BE_REPLACED 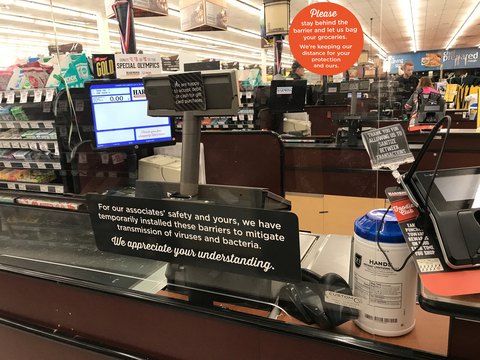 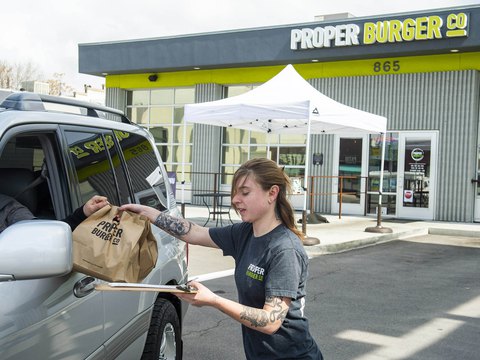 I want to support Utah restaurants, but is it safe to order takeout and delivery?
By Kathy Stephenson • March 22
END_OF_DOCUMENT_TOKEN_TO_BE_REPLACED
L