After 50 years, Utah’s A. Fisher Brewing Co. is back on tap

Brewing heritage • Two Utah breweries with roots in the 19th century are back in public view — one in brick and mortar form, one through a museum exhibit.

The state's thriving beer culture and its rich brewing past come full circle this week when the revived A. Fisher Brewing Co. opens for business in Salt Lake City.

The opening Saturday ends a 50-year drought for the label, with Utah brewing roots dating to the late 1800s.

"It's been my entire family's dream to bring back the brewery," said Riemondy.

Fisher Brewing isn't the only historic brewer in Utah getting attention these days.

"With the explosion of microbreweries in recent years, it's a good time to talk about where we have come from," said Clint Pumphrey, the manuscript curator who put together the free exhibit in the atrium of the Merrill-Cazier Library.

Here's more about both events:

Fisher beer • Albert Fisher, a German immigrant, opened A. Fisher Brewing Co. on the banks of the Jordan River just north of 200 South in 1884.

The brewery survived Prohibition and flourished, eventually becoming one of the largest breweries in the West. By 1905, Fisher employed about 50 people and produced 75,000 barrels of beer annually. But in 1960, after a series of acquisitions by larger breweries, it closed.

Those who remember Fisher beer are excited about its return, said Riemondy. In the months leading up to the opening, people have brought in old posters, bottles, crates and other Fisher paraphernalia that have been stored in their basements and garages. One of the best donations was a neon sign that still lights up and now hangs near the entrance.

On opening day, 12 beers — all 4 percent alcohol-by-volume — will be available at the brewery and tavern, said Frazier, the head brewer. High-point beers will come in a few months. Guests also can buy growlers and 32-ounce cans to take home. And while the tavern does not serve food, the owners plan to invite food trucks to serve hungry customers.

Formerly an auto and paint shop, the Fisher Brewing building has been renovated to accommodate brewing and cold storage; its open layout allows customers to enjoy a beer at one of the long wood tables while getting a front-row seat to the brewing process. No doubt many will try to determine — as an old Fisher sign says — if the beer is still "sparkle brewed with altitude."

The brewery weathered two world wars and Prohibition before the costs of production and competition from larger breweries forced it to shut its doors in 1964.

This 72-year run gave the Becker Brewing and Malting Company the distinction of being the state's longest continuously operating brewery.

Pumphrey said years ago the Becker family donated 68 boxes of business records, invoices, letters and photographs to USU. Since then, the college has purchased other items to complete the collection.

"We literally have tens of thousands of items," he said. Most of the items are housed in USU's Special Collections and Archives, which the public is invited to view anytime during business hours. (See box for details.)

Some of the more interesting photographs and items were pulled out of the larger collection and combined with other family artifacts — including bar signs and bottles — for the library exhibit, he said.

USU also has put together a digital exhibit that can be viewed at exhibits.usu.edu/exhibits/show/beckerbrewing .

"It's attractive and nicely designed," he said, "but it also gives them a perspective of state history that they had not thought of before."

The new A. Fisher Brewing Co. and tavern has its grand opening.

Where • Utah State University's Merrill-Cazier Library in Logan. On display through March; free.

Details • The exhibit is in the library's atrium, but the public also can visit the Special Collections department to see other Becker Brewing items, Monday-Friday from 9 a.m. to 5 p.m. with late hours until 7 p.m. on Tuesday and Wednesday. Special Collections also is open on selected Saturdays. There also is a digital exhibit that can be viewed at exhibits.usu.edu/exhibits/show/beckerbrewing .

END_OF_DOCUMENT_TOKEN_TO_BE_REPLACED 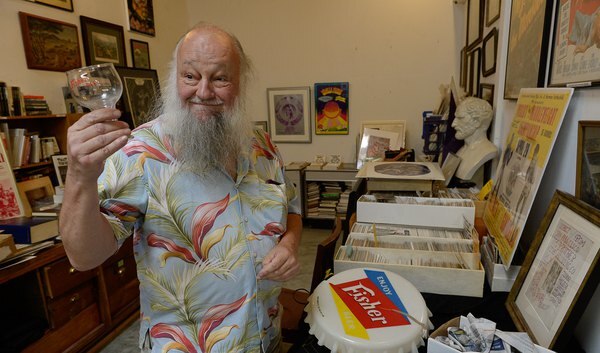 Beer to benefit a Salt Lake City bookstore; and fire destroys the home of bumbleberry pie
By Kathy Stephenson • November 21 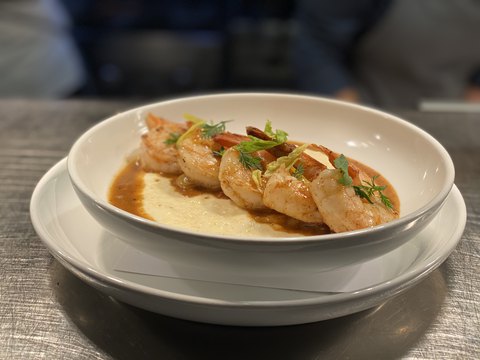 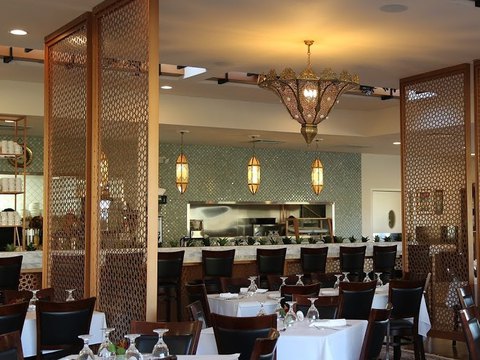