Red Iguana’s secret to success? Can't ask the executive chef — because it doesn't have one

The dining world glamorizes the personality-driven restaurant, the one with the chef's name above the door and his or her signature dishes on the menu.

It's not the only road to success, though. Salt Lake City's Red Iguana restaurant group is a good example.

Few may realize that Utah's most recognized dining establishment — featured in The New York Times, showcased on The Food Network and included on Top 10 lists everywhere — operates with a well-orchestrated group of eight lead cooks, but no executive chef.

The six men and two women are in charge of preparing all the Red Iguana specialties, from the rich moles and chile verde to the popular cochinita pibil — slow-roasted pork rubbed with achiote, orange juice and spices.

The system keeps the Cardenas family recipes alive — and consistent — as the business expands and employees come and go, says Cardenas, who along with her husband, Bill Coker, purchased the business from her parents, Ramón and María Cardenas, in 2005.

Some of the lead cooks have been with Red Iguana more than a decade; the newest member has been on board less than six months. All were born in Mexico and are encouraged to bring the flavors of their specific home regions to the restaurant, explains Matt Hewitt, the director of kitchen operations.

"They are the heart and soul of the restaurant," he said, referring to the group as a sort of "think tank," sharing their oral and culinary traditions and inspiring new dishes that show up as daily specials, at catered events or to the already diverse menu that pulls from all parts of Mexico's culinary heritage, from Baja to the Yucatán.

Consider the beef barbacoa special recently, a dish created by Nancy Najera, who was born and raised in Guerrero, a city near Acapulco. The 37-year-old has been a lead cook for six years after working a year as a prep cook. While she has always been passionate about food, she has "been learning a lot" as a lead cook.

"It's a good team," she said through an interpreter. "Everyone has a good time, but also works really hard."

History • The lead cooks are continuing the roots that were established in 1965 when Ramón and María moved from San Francisco and took over the Casa Grande restaurant in downtown Salt Lake City. It was a classic family business as their children — Lucy and Ramón Jr. — washed glasses, seated customers and learned duties in the kitchen.

Casa Grande operated successfully for some 15 years until urban blight and the recession hit. That's when Ramón opened a small, four-table restaurant on Salt Lake City's west side and called it Red Iguana. It did well and the family was able to close the ailing Casa Grande.

A fire burned the Red Iguana in 1986 and it was moved to its flagship spot at 736 W. North Temple, where it quickly developed a cultlike following.

In 1998, María's health began to decline and she needed full-time care from her husband until her death in 2002. At that time, Ramón Jr. took over as executive chef.

While the current eight-cook kitchen structure seems brilliant now, it was born out of tragedy and necessity.

In 2004, Ramón Jr. died unexpectedly of a brain hemorrhage at 42. At that time, many customers, employees — and even some within the Cardenas family — worried if the restaurant would be able to continue.

"We had never written down the recipes. My brother just had them in his head," said Cardenas, who forced her father to come out of retirement and help her reconstruct the recipes, this time writing them down.

Ramón Sr., now in his 80s, still comes in regularly, says his daughter. "He tastes and checks in with customers and gives it a thumbs up or thumbs down."

Recent changes • There will usually be a long line along North Temple to get a table at Red Iguana. Its slogan, after all, is "Killer Mexican Food That's Worth the Wait."

It's also one of the reasons Cardenas and Coker opened Red Iguana 2 in 2009, just a few blocks away at 866 W. South Temple. A third Salt Lake City location, Taste of Red Iguana at the City Creek Center food court, came in March 2010 when the downtown mall opened. Between the three restaurants, Red Iguana employs 170 people and averages at least 1,000 customers per day, Cardenas said.

Improvement continued in 2015. Red Iguana 2 recently added a large dining room with a 13-seat bar and an outdoor patio. The area seats more than 100 people and includes large tables to accommodate big groups. "It's cut down the wait time at both restaurants," said Cardenas.

The kitchen was expanded as part of the remodel, and now the restaurant is making its own corn tortillas, an item that was previously purchased.

Red Iguana 2 also will get a new art installation — a giant iguana sculpture — in the spring. (See box.)

Cardenas said the expanded kitchen and the lead-cook system create creativity and stability for the future.

"We want to keep the traditions, but also continue to improve," she said. "The goal is to keep this going as long as we can and continue to do what we do well."

END_OF_DOCUMENT_TOKEN_TO_BE_REPLACED 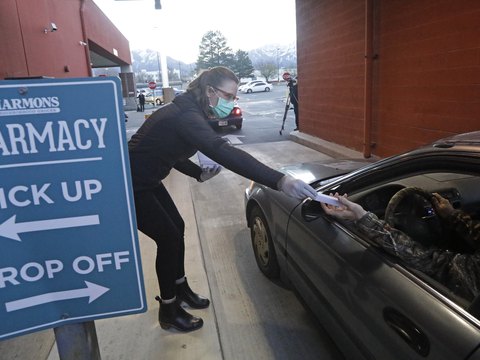 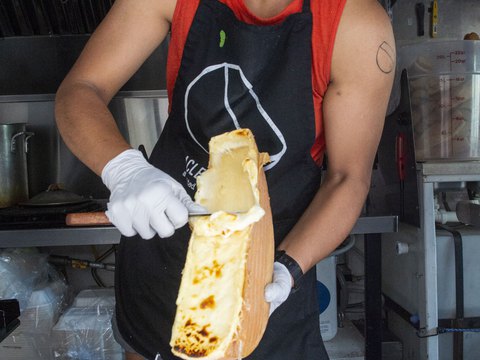