Apologies in advance to my former teachers, but I'd credit any geographic understanding I have more to my unrelenting commitment to calories than to study. I've visited more countries via plate than plane, and for the inquisitive diner in Salt Lake City, there are very few international destinations that can't be visited locally in some small part.

Take Persian cuisine, which comes from a region many are unlikely to visit directly. Thanks to one of Cottonwood Height's newest restaurants — Zaferan Cafe — an exploration of Iranian flavors is mere minutes from most doorsteps.

The restaurant sits in a small and modest space — at first glance, you might take it for any neighborhood cafe. The first hint of the exotic sits right next to the salt and pepper: A third shaker of tart sumac is on hand to garnish any of the fabulous finds at Zaferan (which means saffron in Persian — see what I mean about eating your way to an education?).

While a first pass of the menu might sound intimidating, most dishes should be geographically familiar. Drawing on zesty Mediterranean flavors to the northwest of Iran, dishes like barg (chicken $13.99 or beef $14.99) are instantly recognizable to those who enjoy souvlaki. And with an eye to Iran's eastern borders, dishes built around basmati rice or cooling side dishes such as maast-o-khiar ($3.99) — an appetizer of ultracreamy Persian yogurt, mint and cucumber — will be familiar to anyone who's visited Salt Lake City's many Pakistani or Indian restaurants.

Most appetizers are similarly styled dips, such as borani bademjan ($4.99), with Persian eggplant and yogurt, or the mirza ghasemi ($4.99), made with Persian eggplant, tomato, garlic, egg and served warmed. The seven various dips all come accompanied by a bowl of toasted pita bread. I found a single order of pita rarely sufficient; fortunately, a refill is just a please and thank-you away.

Tadig ($7.99) offers a completely different start to the meal. Two hearty stews top a layer of golden brown, crusted basmati rice. The crisped rice gently wilts under the weight and warmth of the toppings, making for a textural treat. The stews — ghorme sabzi (herbs, leeks, beef and kidney beans) and gheymeh (a tomato and split-pea-based stew) — are both available as full dishes in their own right. Be sure to stuff this review in your back pocket; when the colder seasons hit, this dish would make for an excellent winter warmer.

Basmati rice plays a central role in many of the dishes at Zaferan Cafe; during one particular dinner, our table heaved under the weight of three distinctly unique preparations of the grain. For the carb-fearful, I should note that when asked, our waitress was more than happy to swap rice for a fresh salad. Alternatively, you can pass me your extra rice — the stuff used at Zaferan Cafe is of noticeable quality. For rice-snobs like me, that says all the right things about the kitchen.

Moving on through the menu, many of the entrée selections are skewered and grilled meats, typically accompanied by more of that delicately aromatic rice. Beef koobideh ($10.99) and chicken koobideh ($10.99) both revolve around a duo of skewered, seasoned ground meat, grilled to a slightly charred and impeccably succulent finish.

There are the aforementioned barg skewer dishes, popping with lemony brightness, or my personal favorite, the chicken soltani ($15.99) and beef soltani ($18.99), a Persian combo platter of sorts, featuring a skewer apiece of the ground koobideh and primal barg. Everything rolling off the grill is fabulously fresh and juicy; feel free to reach for that sumac shaker right about now, too.

Baghali polo with lamb shank ($14.99) is excellent, too, but probably shelve this one till the chillier months as well. A lusciously tender lamb shank is served in a light broth spiked with sweet cinnamon. An enormous side serving of basmati rice, freckled with fernlike dill and lima beans, just begs for a scoop of bone-enriched broth poured over.

Service at Zaferan Cafe is charming and affable from start to finish, as you'd expect from a proud family operation. Our waitress praised my pronunciation of khoreshte fesenjan ($12.99) despite my genuine belief I had mercilessly massacred it. Regardless, this is one of Zaferan's unique dishes — a thick paste of fried walnut and pomegranate studded with shredded chicken. The resulting dish is tart, thick and tangy. There are hints of molasses, nutty notes and in truth more than your tastebuds are single-handedly ready for. You're going to want to share this liberally with friends, more condiment to other dishes than outright entrée to yourself.

In contrast, the remainder of the menu wraps up with fairly sedate desserts such as tiramisu ($4.49) and napoleon ($4.49). Keep your eyes peeled to the specials board, though. One evening we spotted shole zard ($4.49) and, ever excited to further our culinary education, made sure to order. The description of saffron rice pudding failed to truly do the dish justice; it's less creamy than you might expect, and perked up with floral rose water and spicy cardamom and cinnamon. Almonds add crunch, and bagfuls of sugar mean it's one to share — that's if you can bring yourself to give up a precious spoonful.

My only real disappointment at Zaferan Cafe was the slight confusion over beer and wine. Despite the menu suggesting a wine list was to be found, I was offered only one of two Bohemian Brewery beers (light or dark, $3.49). Our host made it clear the "house wine" wasn't anything special and almost discouraged the order. A minor shame to be sure, given some of the more interesting libations and wines from the Middle East; Zaferan Cafe is precisely the type of restaurant I'd want to share an evening with family and friends over a bottle of something special. The fine food and welcoming atmosphere, well, they already have that in the bag.

Stuart Melling also writes at www.theutahreview.com and www.gastronomicslc.com — he can be found on Twitter @gastronomicslc .

END_OF_DOCUMENT_TOKEN_TO_BE_REPLACED 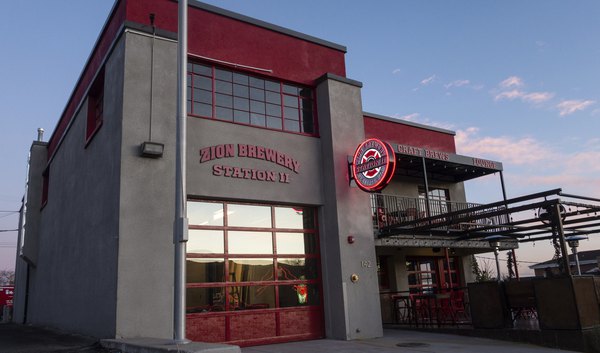 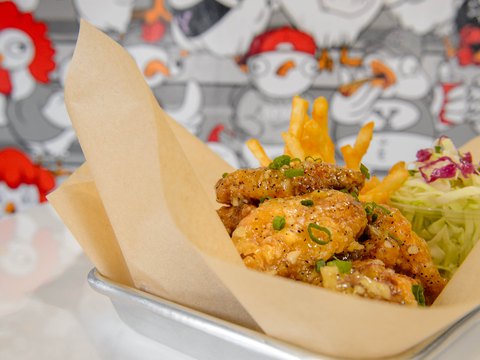 These are the 8 best dishes from new Utah restaurants in 2019
By Heather L. King, Larrisa Beth Turner and Heather May • December 27, 2019 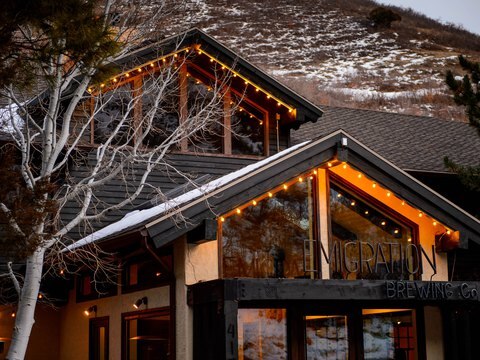 Impeachment trial of Trump begins as senators greeted with No. 2 pencils, blank legal pads
By Thomas Burr • 22m ago

Letter: Protesters should learn the ways of nonviolence
By Delphi Alvarado | The Public Forum • 31m ago