On Friday, most Utahns will observe Pioneer Day at a parade or pancake breakfast, honoring the Mormons who 168 years ago rode wagons or walked into the Salt Lake Valley in hopes of finding religious freedom.

A small, growing contingent will revel in Pie and Beer Day, honoring baked goods and heady brews in hopes of finding a slice of freedom from the state's dominant religion.

This alternative holiday — a twist on words and food pairings — is a recent trend that "does make fun of predominant culture a little bit," explains Michael Pezely, leader of the Lauter Day Brewers homebrew club.

It's not meant to offend, though. Rather it gives "gentiles," as non-Mormons were once called, a reason to feel good about a day that has little meaning otherwise.

"It's a celebration for the counterculture," says Mike Riedel, author of the Utah Beer Blog. Utah's craft and home-brewing community has jokingly called July 24 Pie and Beer Day for more than a decade, he said, getting together in someone's backyard to socialize over a cold beer. Liquor, of course, is avoided by most active members of The Church of Jesus Christ of Latter-day Saints.

As Utah's demographics change, the Pie and Beer Day phenomenon has expanded from backyards to bars and breweries. (See box for details). Last year, Utah's nontraditional celebration was even featured in The New York Times.

Andrew Scott Young and his friends — all Utah transplants — started having Pie and Beer Day parties about three years ago.

"When we heard the phrase, we decided to have fun with it and make our own version of what this day means to us," said Young, owner of Bubble and Brown Bakery. "We aren't of the predominant religion or from the area and we don't see the significance of the day. But, boy, do we have a hell of a lot of fun."

Employees at Uinta Brewing Co. have fun with the holiday as well. They hold a contest, where everyone brings pies to drink with the company's beer. "It's been an informal way to embrace the holiday," said Lindsey Berk, marketing director. This year, Uinta will have a Pie and Beer Day party for customers to celebrate its newly remodeled Brewhouse Pub.

When Leslie Sutter purchased Huntsville's Shooting Star Saloon five years ago, she began a Pie and Beer Day party for her customers. The event has "grown exponentially," she said, with the bar serving close to 100 complete apple or berry pies à la mode last year along with plenty of beer on tap. "Let's be honest, you either go to the parade or you don't," she explained. "This offers an alternative to spending your day on a street corner."

The Saloon, Utah's oldest bar — known for its juicy Star Burger — "glams it up" with employees dressing in prairie outfits. "We're used to being a little rebellious," Sutter says.

In 2014, Brad Wheeler suggested to his fellow employees at KRCL that they turn Pie and Beer Day into a fundraiser for the radio station. "They looked at me like I was crazy," he recalled. "They said 'That doesn't sound good at all.' "

But the station teamed with Salt Lake City's newly opened Beer Bar and several bakeries and made $8,000. Bakers donated gourmet dessert pies, such as smoked cherry pie with balsamic glaze and shaker lemon pie. There were savory offerings, as well — the most memorable being pork pie with a real pig snout as garnish.

Fans ate it up. "The line to get into the event went out the door, down the street and around the corner," said Wheeler, KRCL's drive-time host. "It was a Pie and Beer Day miracle that everyone got pie."

The radio station is holding the fundraiser again on Friday, with more bakers and brewers participating. The event's growing popularity seems tied to Utah's growing food culture and artisan brewing industry. "Culinarily, this town has grown up a lot in the last seven or so years," Wheeler says. "It's the right event at the right time."

It's also a way to bring a group of people who often feel disenfranchised to come together for a bit of camaraderie, he said. "I grew up a gentile here in Utah, and not everybody is excited about Pioneer Day."

Despite what some may think, when there's some thought put into the pairing, pie and beer actually can taste pretty good together.

For example, Carlucci's Bakery will be serving raspberry rhubarb pie along with a bright German-style Kolsch beer from Desert Edge Brewery. The beer has been aged in white wine barrels "and has hints of oak. It is going to be really good," said Theresa Roper. The owner of Carlucci's is no stranger to Pie and Beer Day parties. She lives near Liberty Park and has had pie-and-beer gathering with friends for several years to watch the Pioneer Day fireworks.

"It's a good excuse to have a party, and I like to make pies, so it's a natural fit," she said, noting that the alternative celebration makes her feel a part of the holiday.

Amber Billingsley, the baker at 3 Cups Coffee and bakery in Holladay, is making mini pies filled with apricot preserves for the KRCL event. The sweet treats will be paired with Uinta beer brewed especially for the event.

A Utah native, Billingsley said she first heard about Pie and Beer Day about two years ago and is glad it's catching on. "I like that people who aren't of the dominant religion or culture are claiming the day for themselves," she said. "Besides, it's a fun play on words."

END_OF_DOCUMENT_TOKEN_TO_BE_REPLACED 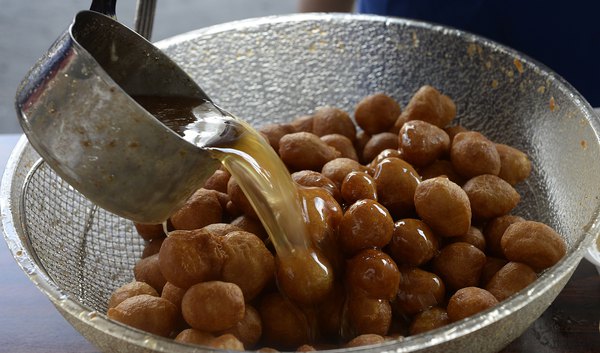 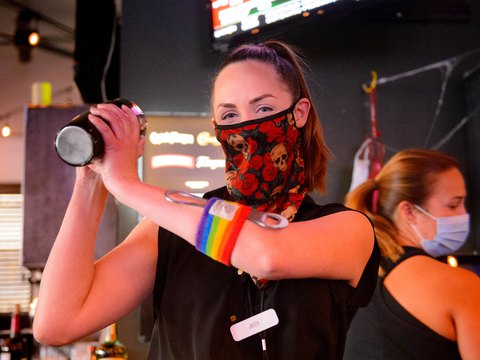 How will Utah restaurants survive when cold weather brings an end to patio dining?
By Kathy Stephenson • October 11 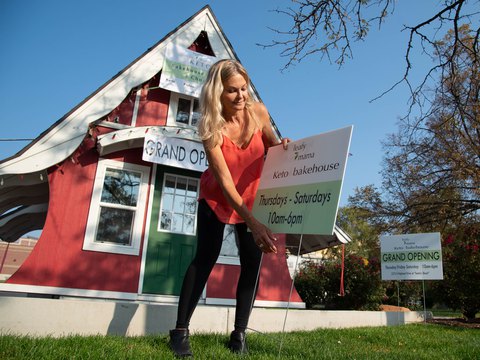 The home gym is in! Sales of fitness equipment in Utah continues at record pace
By Kathy Stephenson • 38m ago