“Bad Hair,” which made a bit of a splash at the Sundance Film Festival earlier this year, starts screaming … er, streaming on Hulu on Friday. And there are a lot of good things about this decidedly weird horror film.

Director Justin Simien (“Dear White People”) weaves a funny, insightful, gross and disgusting tale of a murderous hair weave. Set in 1989 at an MTV-like cable network aimed at Black viewers, the story centers on Anna (Elle Lorraine), an unassertive, on-air host wannabe whose new boss, Zora (Vanessa Williams) tells her she lacks the right hair to succeed — and to get hair extensions.

So it’s off to a salon, where Virgie (Laverne Cox) gives Anna a gorgeous weave, which turns out to have a murderous mind of its own. “Bad Hair” is not for the squeamish — it’s just ghastly — or the analytical. You just have to accept the premise and go with it.

Simien packs an awful lot into “Bad Hair.” Not just the standard horror-movie scares, but social commentary, mystery and even faux music videos that look like they really came out of the 1980s. The cast is great — not just newcomer Lorraine and Williams, who steals every scene she’s in, but Michelle Hurd, Jay Pharoah, Robin Thede, Blair Underwood, Usher, James Van Der Beek and Lena Waithe, just to name a few.

But Simien’s attempts to mix horror and comedy don’t always work, and, at almost two hours, the movie is too long. Less — maybe 15 to 20 minutes less — would’ve been more, and it might have focused the narrative.

Trib film critic Sean P. Means has reviewed the new “Borat” film, but I’ll just weigh in with one comment. There’s a jaw-dropping, gobsmacking incident involving one of Donald Trump’s advisers that almost knocked me out of my seat. It’s astonishing. If there’s any justice, it will mean an ignoble end to that adviser’s public life when the movie starts streaming on Amazon on Friday.

Not that I have much faith in justice these days.

Series that found ways to go back into production during the pandemic are beginning to reappear on the broadcast networks, including:

• “This Is Us” (Tuesday, 8 and 9 p.m., NBC/Ch. 5): The series kicks off its fifth season with back-to-back episodes as Kevin, Kate and Randall turn 40. I don’t know about you, but I’ve just about had it with Randall (Sterling K. Brown) after last season. Actually, I’ve pretty much had it with Kate (Chrissy Metz) and Kevin (Justin Hartley), too. And yet I keep watching this show ...

• “American Housewife” (Wednesday, 8:30 p.m., ABC/Ch. 4): As Season 5 gets underway, they’re in the midst of the pandemic; Katie (Katy Mixon) is adrift; and Greg (Diedrich Bader) considers running for office. This has always been a good sitcom that hasn’t got the attention (or credit) it deserves.

• “Superstore” (Thursday, 7 p.m., NBC/Ch. 5) • Season 6 begins with the store in pandemic mode. I’m more curious about next week’s episode — the series’ 100th — which will be America Ferrera’s last. What will the show do, what with Amy (Ferrera) moving to California? Will Jonah (Ben Feldman) go with her? What excuse will they come up with when he doesn’t? (That’s not a spoiler, because we know Feldman isn’t leaving the show.)

And for some feel-good TV: The new CBS All Access series “That Animal Rescue Show” is exactly what the title indicates — a show about animals being rescued. All 10 episodes start streaming on Thursday, Oct. 29.

END_OF_DOCUMENT_TOKEN_TO_BE_REPLACED 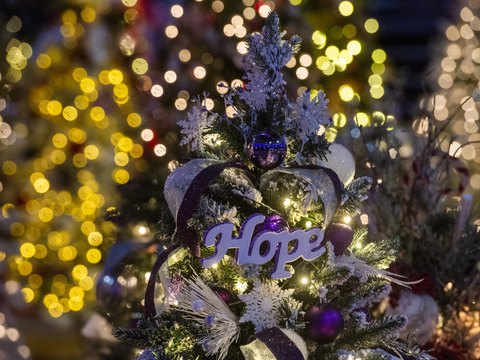 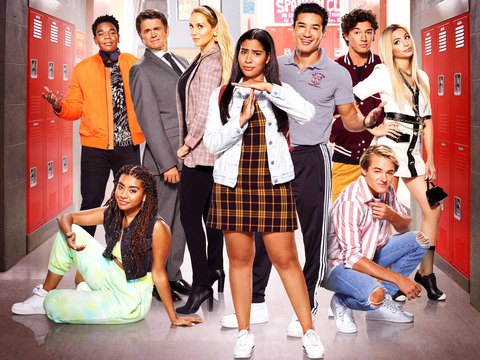 Scott D. Pierce: ‘Saved by the Bell’ is back, and it’s kind of weird
By Scott D. Pierce • 4d ago
END_OF_DOCUMENT_TOKEN_TO_BE_REPLACED
L