If you could take a test to find your soulmate, would you?

If you could take a test that would tell you the one person in all the world who is your soulmate — would you do it?

It’s a tough question, as demonstrated in the new AMC anthology series appropriately titled “Soulmates.” Among the issues raised in the six-episode first season are:

• What if a married couple takes the test and finds out they’re not soulmates?

• What do you do when a stranger arrives, insisting you’re her soulmate?

• What if a woman married to a man discovers that another woman is her soulmate?

• What if you meet a guy and fall for him just as he’s about to fly out to meet the man who’s his soulmate?

• When you learn your soulmate is dead, should you join The Church of Righteous Transition, which promises to help you?

• And what if you aren’t sure you can trust the soulmate you’ve just met?

Co-creators/executive producers Brett Goldstein and Will Bridges “wanted to write about modern relationships, and we were looking for a way we could do that,” Goldstein said, “and we came up with this concept of the soulmate test.”

Scott D. Pierce: Just about everybody has reason to hate ‘The Comey Rule’

There’s a ‘Mormon’ in the new season of ‘Fargo,’ and a Utahn is one of the writers/producers

“The more we talked about it,” Goldstein continued, “it was like there’s an infinite number of stories, because every single person has their own view of what love is and what love means.”

(AMC has already ordered a second season of “Soulmates.”)

It’s a true anthology. Each episode features an entirely different cast performing scripts by different writers. The through-line is the test — whether to take it and the unforeseen complications that arise if you do.

As defined by the showrunners, a soulmate is “the person you will love the most — more than anyone else,” Bridges said. But they aren’t “going to fix you or make you better in any way.”

Nor are they necessarily the person with whom you’ll live happily ever after.

If the test exists one day — the show is set 15 years in the future — Bridges thinks the decision would depend on the person and their personal situation. Just talking about the show, let alone watching the episodes, opens up debates. Would you take the test? Would you regret it if you did? If you didn’t?

If it’s a person in their mid- to late 20s who has had relationships, experienced heartbreak and wants to settle down, “then, yeah, I want to take it,” Bridges said. “But if I’ve been married 15 years and I’m happy with my life, then I don’t want to take it.”

“I don’t think I would take the test,” said Sonya Cassidy, who stars in Episode 2. “But I can fully appreciate” why others would “in a world where something seemingly so simple like meeting somebody that you are compatible with and you want to love and cherish is not an easy thing.”

Sarah Snook (“Succession”) said that while shooting her episode, the cast and crew were “pretty divided over who would take the test and who wouldn’t take the test. Who believed in a soulmate and who didn’t believe in a soulmate.”

She came down firmly in favor of taking the test and was “pretty amazed that people would think twice about taking it.”

But Kingsley Ben-Adir, who stars opposite Snook in Episode 1, said he “wouldn’t want to know,” and that he isn’t even sure soulmates exist. “And then I think about it again and I’m like, ‘No, but if we were actually in a world where there actually was a soulmate, then it would be really hard not to.’”

Malin Ackerman, who stars in Episode 5, said flatly that she would not take the test because her “approach to life is to try to roll with the punches. … I like to just leave it a little bit more to chance.”

Episode 6 star Betsy Brandt agreed she wouldn’t take it — but figured she would, nonetheless, “think about it all the time. And whoever I was with, any time they upset me, it’s like — ‘Well, pretty sure my soulmate wouldn’t do that.’ That would mess you up, the fact that it’s out there.”

END_OF_DOCUMENT_TOKEN_TO_BE_REPLACED 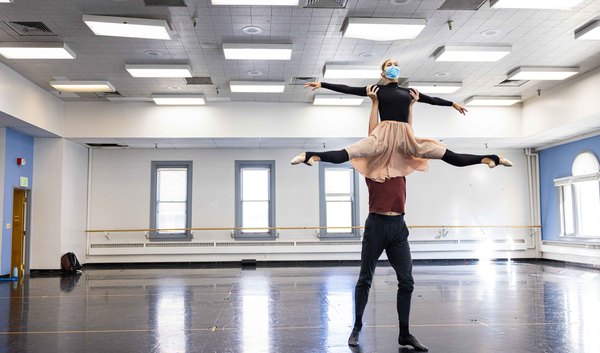