Elizabeth Smart interviews a kidnapping survivor whose story is a lot like her own. It airs Sunday on Lifetime.

“I hate watching myself,” she said with a laugh. “I hate listening to myself. I think, ‘Oh, my goodness. Do I really sound like that? How could anyone listen to that voice for an hour?‘”

But television has become a big part of her advocacy work on behalf of crime victims. Her latest effort — “Elizabeth Smart: Finding Justice” — airs Sunday at 8:04 p.m. and 10:56 p.m. on Lifetime. Smart interviews Candra Torres, a fellow survivor of a high-profile kidnapping.

In 1976, Torres and her husband, Julio, were hiking in Oregon when Thomas Browne murdered Julio and took Candra — then just 16 years old — captive. After three days of assault, coercion and brainwashing, Brown convinced Torres to back up his story that he accidentally shot and killed Julio.

Torres eventually told the truth about what happened, and the authorities were skeptical. “She was almost treated as a suspect in her own case, which, frankly, is appalling,” Smart said.

She’d never heard of the murder/kidnapping, which happened 11 years before she was born, “and I could hardly believe it was real.”

“And then I met Candra and I got to listen to her horror story firsthand. I mean, it’s so shocking. But I think it was even a little bit more shocking for me personally, because I felt like there were a lot of similarities between her story and my own.”

Smart was just 14 when she was kidnapped from her Salt Lake City bedroom by Brian David Mitchell and held captive for the next nine months. Mitchell was convicted of kidnapping and rape and sentenced to life in prison; his wife, Wanda Barzee, was sentenced to prison and released in 2018.

Smart felt an instant rapport when she met Torres, which comes across in the TV interview.

“We’ve experienced a lot of the same things,” she said. “When I met her, it was like, ‘Oh yeah, you get it. You know exactly where I’ve been and I can talk to you. I know exactly what you mean and how you feel.’ An unspoken friendship sprang into being the day I met her.

Elizabeth Smart will star in true-crime TV specials on Lifetime

Muppets, murderers and a new ‘Star Trek’ are among 10 things to watch on TV

“So when I interviewed her, it was hard not to personalize it because I know what it’s like to be kidnapped and to be raped. And to have my life threatened.”

Perhaps the biggest difference in their stories is that while Smart’s story made headlines around the world, prompting an outpouring of sympathy and support, Torres was met with suspicion and hostility.

“She actually had to move away from Oregon because it was so hard. So many people doubted her story,” Smart said. “Really since I got home — so, what, 18 years? — I’ve become more and more involved in advocacy. And one of the most common themes I’ve noticed with survivors is that they all say that nobody believes them. They feel alone. They feel so isolated that they’re scared to share their story.”

Smart makes it clear she’s not suggesting every victim has to go on TV, but she signed on to do a series of “Finding Justice” specials “because it does speak to those survivors who are still struggling. And it does give them hope — as well as educating the public that this can happen anywhere to anyone,” she said. “I also hope that it helps educate your average viewer on Stockholm syndrome a little bit more.”

Torres experienced Stockholm syndrome before that concept was widely known — she was kidnapped and manipulated just three years after the Stockholm bank robbery that lent its name to the condition when hostages refused to testify against their captors. And Smart strongly rejects the notion that she in any way sympathized with Mitchell and Barzee.

“If you asked me if I experienced Stockholm syndrome, I would say, ‘Absolutely not. No way,’” Smart said. “And honestly, I find [the question] a little bit offensive.”

But, she said, she learned that Stockholm syndrome doesn’t mean a victim falls in love with her captor, it’s “an appeasement process” in which the victim “does what they have to to survive.”

“So if you asked me if I went through an appeasement process, I would say I absolutely did,” Smart said. “I remember very vividly thinking, ‘I want to survive. How can I survive? These people are totally capable of killing me. Well, it’s probably harder to kill someone that you like — so if I can get these people to like me, maybe I’ll survive.’

She said Torres is a “beautiful example of showing people — including myself — that there is not just one way to heal. There is no set formula. You have to find what’s right for you and what works for you.”

“She did a really good job of reclaiming her life. She’s found peace and she’s found healing.”

True-crime author Ann Rule included Torres’ case in her 2001 book “Empty Promises”; it’s been adapted for the movie “A Murder to Remember,” which airs Sunday at 6 p.m. and 9:06 p.m. on Lifetime, just before “Elizabeth Smart: Finding Justice.” That’s something else Torres and Smart have in common — Smart’s story has been made into not one but two TV movies.

And Smart has come into her own as a TV interviewer — she’s engaged, empathetic and thoroughly professional.

Not that she feels comfortable with the thought of being a TV personality.

“I think if you put me on television in a different setting — like, I don’t know, a game show or something — I would feel like a total fish out of water. I wouldn’t even know where to begin,” she said. “But the reason why I’m on there is so personal and so incredibly important to me that I don’t mind the cameras so much anymore.

“To me, it’s a much, much more personal thing than just showing up and getting hair and makeup done and sitting down with someone. I look at it as an opportunity to try to promote change and try to promote compassion and empathy and understanding and growth and education.”

END_OF_DOCUMENT_TOKEN_TO_BE_REPLACED 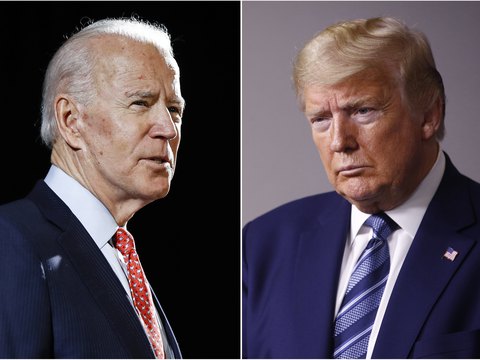 Some have reopened, some haven’t, but do bars and social distancing even mix?
By Kathy Stephenson • 5d ago
END_OF_DOCUMENT_TOKEN_TO_BE_REPLACED
L