Ask Ann Cannon: My mother-in-law is tracking my every move with a phone locator. Can I turn it off without offending?

Dear Ann Cannon • A few years ago, we were on a family vacation that included my husband’s whole family. We wanted to be able to see where each other was, so we shared our locations with each other, and I must have selected “indefinitely” for the sharing period. Well, it’s driving me crazy that my mother-in-law is keeping tabs on where we are. If I stop sharing my location with her, she will know that I deliberately decided to stop sharing it with her and it will hurt her feelings. I’m a 48-year-old woman, and I feel like it’s creepy that she is watching my location (and her son’s and her two daughters’ locations) all the time. I know it gives her comfort to be able to know where we are at all times. But is it normal to let your mother-in-law follow your location? What should I tell her if I discontinue this? Or should I just say nothing?

OK. As both a mother-in-law and daughter-in-law myself, I have a little understanding of both sides of the issue here, although I will say that the older I get, the less I actually want to know about everything that my people are up to. Ignorance is bliss and so forth!

Meanwhile, you are certainly within your rights to want and expect privacy. So, think about doing something like this: Take your mother-in-law a big fabulous bouquet of flowers, tell her you love her, but that the way she keeps tabs on you makes you feel uncomfortable. Then ask if she wouldn’t mind discontinuing the app that lets her know where you are at all times.

Will this hurt her feelings? Maybe. But she’ll probably get over it, and it might even encourage her to think a little bit about that most difficult of topics — family boundaries. In the end, you could be doing her a favor.

Ask Ann Cannon: Our friends make fun of us for social distancing and it hurts

Ask Ann Cannon: My friend left her family without a trace for months and is now back as if nothing happened

Ask Ann Cannon: I lost two friends to the coronavirus. A friend compared my grief to losing her dog.

Ask Ann Cannon: I ‘ghosted’ a summer flame 50 years ago and I still regret it

Dear Ann Cannon • I read with interest the letter from you and your reply to “Wary” who wasn’t sure what to do with a friendship where the wife had violated marital vows. About 15 years ago, I had a dear friend do the same, causing horror to his wife and family. His marriage almost didn’t survive, and he was disciplined by his faith group. Since his behavior was abhorrent to me and so against my deeply held religious and moral beliefs, I told my wife that I didn’t think I could be his friend anymore. She replied, “If not you, then who? Would you have him create a new circle of friends that also engage in such conduct or rely on solid friends who don’t behave that way?” I stuck by him and so did his wife. He was reinstated by his faith group after completing what was asked of him. Things are not exactly the same between him and me, and I can’t say about his spouse other than that they are together. Still, he and I are glad to be friends. “Wary” should not throw in the towel on her or the relationship with the couple.

END_OF_DOCUMENT_TOKEN_TO_BE_REPLACED 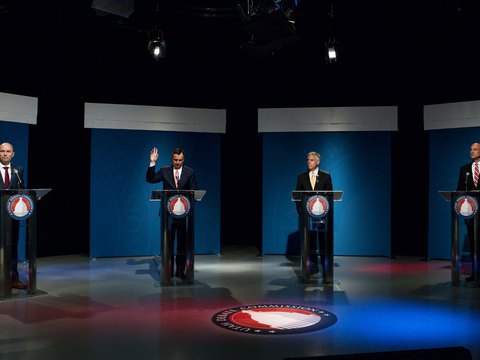 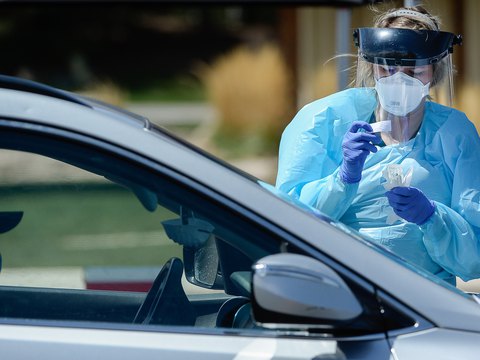 For its COVID-19 response, Utah leaned on business consultants to steer logistics
By Bethany Rodgers • 5h ago