Four hours after Turner landed, the garden he had flown across the world to oversee shut its doors indefinitely due to COVID-19.

He went straight into self-quarantine, following travel recommendations that asked new residents to isolate themselves for two weeks. Five days after his March 13 arrival, a 5.7-magnitude earthquake shook him, his partner, Toby Stedford, and their two cats awake in their downtown apartment.

“In the last year I’ve seen drought in Australia, huge fires, floods of 4 to 5 feet of water running through the streets of Sydney, pandemic and now the earthquake,” Turner said. “I’m just waiting for the plague of locusts.”

Turner, 54, officially took the torch as the garden’s new executive director on March 23, after he “just about went crazy” in the apartment without any plants to tend. His first few weeks of work were flooded with Zoom budget discussions with administrators at the University of Utah, which owns Red Butte.

And on May 5, he finally had the chance to meet the garden’s staff, also via Zoom. Shortly after introducing himself, he had to deliver the news that the work hours of every team member would be cut at least 25%. Some would be temporarily laid off until the garden reopens.

“It was like going to a virtual funeral,” Turner said. “People were really upset and hurt and scared for their positions here, and we’re doing everything we can. … It was more like, ‘What can we do for you, [human resources] and unemployment-wise?’ than ‘Hi! I’m the new boss. Isn’t it a great day to have somebody new here?’”

While it remains unclear when the garden will reopen, Turner is working toward that goal while also focusing on what it can provide now. Its website and social media accounts offer peeks into the closed gardens, virtual gardening classes and “Boredom Busters” for kids.

On Turner’s own Twitter page, where he has 230,000-plus followers, there are no selfies — the closeups are reserved for the garden’s latest arrivals or departures, from the showy bloom of a redflower currant, to bright pink or lavender masses of moss phlox (“frosting for the garden”) and the last tulips and daffodils of spring. Or of the few visitors: a scurrying quail or a hopping black-billed magpie. (“We didn’t have these in Texas where I grew up. Cheeky birds that are quite inquisitive.”)

“It’s palpable how much people have missed this spot,” Turner said. The garden “seems to be very sacred and touchstone to a lot of people because it’s peaceful and quiet. It’s sad not to let people back in. … There is no substitute for being in nature.”

This Utah play is inspired by, and will closely follow, social distancing rules

When Turner’s first grade teacher asked what he wanted to be when he grew up, he said he wanted to be a gardener. It’s been 47 years since that day, and he hasn’t wavered.

“Horticulture is not a career,” Turner said. “It’s a calling. It’s something you do because you love. I’m one of the luckiest people in the world because every day I get to do what I love, and my first love is plants.”

As a child of avid gardeners in the fields of east Texas, Turner’s interest in botany started from a young age. His interest grew as he studied plants and soil science at East Texas State University, and it developed into “an obsession or addiction” by the time he finished his masters degree at Pennsylvania State University.

He eventually returned to Texas and worked as the senior director of gardens at the Dallas Arboretum & Botanical Garden for more than a decade. He then moved across the world to Sydney, where he worked for six years as the director of horticulture management at the Royal Botanic Gardens & Domain Trust.

Turner became known among botanists for his ability to experiment and discover which plants he — and others — could nurture in Dallas’ hot and harsh climate. “Turner chided the local plant industry to stock garden plants that proved their worth in the trial gardens,” the Dallas Morning News reported as he was leaving for Australia.

He designed the “Plants with Bite” display in Sydney, an exposition of carnivorous plants that drove record visitation to the Royal Botanic Gardens. And he calls himself an “out-of-the-pot thinker” when it comes to ornamental horticulture design; Turner grew and constructed a small village made entirely of pumpkins in Dallas.

In Salt Lake City, Gregory Lee had announced his decision to retire in June 2019 as the executive director of the largest botanical garden in the Intermountain West. When Fred Esplin, head of the U.’s search committee for Lee’s successor, saw Turner’s application, he said, he was thrilled.

“Jimmy is a blue-chip credentialed horticulturalist at the highest level,” Esplin said. “In terms of the development of the horticultural future of the garden, it’s hard to imagine you could do better. ... He is a star in the field of botanical gardens.”

When Esplin offered him the job, Turner flew with his partner to Salt Lake City to get to know the area and garden before making a decision. Red Butte Garden relies on its own funding, with a large portion of its revenue coming from concerts and private donations. Since 2014, it has had more individual donors than any other university entity.

That gives the garden a a more community-focused feel, Turner said, which is different from the government-funded Royal Garden in Sydney. He and Stedford thought the opportunity was too good to pass up, Turner said.

“Working for the government was not easy,” Turner said. “There were a lot of budget cuts and staffing cuts. Really, all I did for seven years was cut. That’s not what I like to do. I like to grow and improve. I loved my role there, and I loved my co-workers, but it was time for a change.”

On Feb. 4, the U. announced Turner had been hired. Tory Magleby, the garden’s advisory board chair, took careful care of her lawn in anticipation of a grand welcome party.

“That wasn’t exactly the welcoming we were hoping for,” Magleby said. “It’s hard because he’s coming all the way from Sydney, and he’s never lived in Utah before. So he’s unfamiliar with the culture, hasn’t had a chance to make friends, and we’re in social isolation. We’re really lucky he is who he is, because he’s really taken it all in stride.”

At a turning point

Turner said he has been unfazed by the shaky start and has been working closely with Lee on the next steps for the garden amid the shutdown. Lee started at the garden in 2003, 18 years after it opened to the public in 1985.

The expansion and cultivation of any garden is a slow process, Lee said, especially one with the size and outreach of Red Butte. It has more than 21 acres developed into display gardens, from roses to medicinal plants to water-wise ones, in its 100-acre footprint with miles of hiking trails through the natural landscape. Lee built a steady revenue stream with the garden’s concert series, planted the rose gardens and other attractions, and built the membership needed to keep the garden financially stable.

Lee sees that period now as the garden’s adolescence, and he charged Turner with seeing it into adulthood.

“When you’ve been with a project for as long as I have, it’s almost like you’re a parent looking out there to see if there’s anyone who’s good enough to date your daughter,” Lee said. “Well, as I got to meet and know Jimmy, I thought, ‘You know what? I wouldn’t mind him dating my daughter.’ I feel very optimistic about who I’m passing the torch to.”

Turner agrees that the garden is entering a new phase.

“At 35 years old, the garden really is at that stage where it’s starting to decide what it wants to be permanently,” Turner said. “It’s really the turning point for the garden because you’ve built enough infrastructure, collections, memberships and collateral that it becomes time to make your place among other botanical gardens.”

But Turner plans to use his first year to familiarize himself with how the garden blooms and fades during Utah’s four distinct seasons, and to engage with the community, before making decisions about its future.

He thinks focusing on placing “personal touches on the garden” would be a disservice, he said. Instead, he hopes to bring more people into the garden through its beauty.

“My job is to get the people who are not usually interested in plants to learn something about them,” he said. “If I can get them to come and have a peaceful night under the stars, feel the grass under their feet and bring their kids, I’ve planted a seed of something in their life that makes a difference.”

For this summer, community traditions like the “Li’l Buds” summer camps and the annual concert series have already been canceled. Between 90,000 and 100,000 visitors flocked to Red Butte for the summer concerts, and that loss forced the reductions in hours for staff members.

Before it can reopen, Turner has to address several infrastructure issues. Instead of having guests enter through the visitor center, staff may have to open a side entrance directly into the garden.

A controlled number of guests could walk through the site, 6 feet apart from other guests, and then exit out the other side, instead of through the closed gift shop.

There are also plans to shut down extra bathrooms and to adopt an online payment system to avoid physical exchanges of currency.

The university’s advisory board for the garden has ruled on the side of caution before reopening.

“We are trying to get things put into place so that when we do have a soft reopening, it goes smoothly and we don’t have hiccups,” Magleby said. “Hopefully we can provide masks for patrons and move forward that way.”

The staff is eager to reopen the garden for both the fiscal benefit and so the community can return to the healing environment of the garden. Turner advocates for the power of nature, especially during this uncertain time.

“Don’t stop going outside. It’s good for your health, getting outside, breathing fresh air,” he said. “Whether it’s under the sun or under the stars, or if you have to drive or can walk, you have to find somewhere you can have a bit of nature secluded to yourself.”

END_OF_DOCUMENT_TOKEN_TO_BE_REPLACED 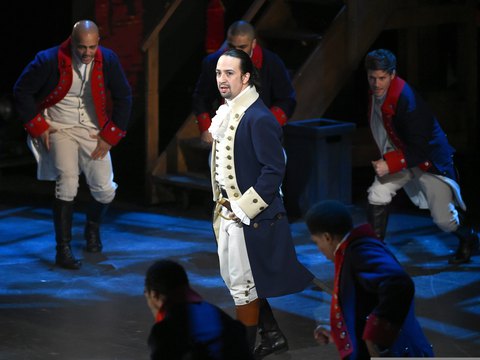 ‘Mormon Land’: How the LDS faith reveres America as the ‘Hamilton’ movie debuts and a nation debates the founders’ virtues and vices
By The Salt Lake Tribune • 1d ago
END_OF_DOCUMENT_TOKEN_TO_BE_REPLACED
L