Al Pacino chose, as his first-ever TV series, a show about Nazi hunters. And back in 1977, when “Hunters” is set, there really were Nazis in America and there were actual hunters chasing them — in the courts.

But Amazon’s new series, which started streaming Friday, is not about real-life Nazi hunters. So take Amazon’s assertion that this is “inspired by true events” with a grain of salt. With a ton of salt, actually.

“This is a piece about wish fulfillment and wondering, ‘What if there was this band of secret Nazi hunters who were eliminating these people?’” said creator/writer/executive producer David Weil.

(And, by the way, while Amazon is making much of Jordan Peele being an executive producer of “Hunters,” he wasn’t involved much; his production company was.)

“Hunters” is about a purely fictional group of vigilantes — a lock-picker (Tiffany Boone), a spy (Kate Mulvany), a soldier (Louis Ozawa Changchien), a master of disguise (Josh Radnor) and married weapons experts (Carol Kane and Saul Rubinek) — who band together in their own version of the Justice League. They hunt down, torture and kill Nazis who fled to the United States after World War II — and are still plotting world domination.

Meyer Offerman (Pacino) is their boss, and he recruits 19-year-old Jonah Heidelbaum (Logan Lerman) after his grandmother, a Nazi death camp survivor, is murdered.

And, no, I’m not the only one who thinks “Hunters” has sort of a comic-book feel to it. Lerman said the cast referred to the show’s set as the Bat Cave. And Weil said the series is based, in part, on stories told to him by his grandmother, who survived a Nazi death camp.

“And as a young kid — 5, 6 years old — hearing those stories, they felt like the stuff of comic books and superheroes,” he said.

This is what Pacino chose as his first TV series?

“What really appealed to me when I read it [was] that there was this element of things-are-not-what-they-seem kind of thing,” Pacino said. “And then they change and things happen.”

Scott D. Pierce: ‘Fresh Off the Boat’ is a little show that made a big statement about diversity. And it’s ending Friday.

If that seems a little bit indistinct, well, “Hunters” is exactly that. Halfway through the 10-episode first season, I’m still not altogether sure if it’s any good — or if I even like it.

It is extremely violent — not just gruesome killings, but torture — and unendingly profane. And Weil mixes that with attempts at humor that are more often awkward than actually funny.

Honestly, I wish I could give this an unqualified endorsement. There’s no doubt that Weil is sincere when he talks about how badly he wanted to see “Hunters” made.

“For me, this was a love letter to my grandmother,” he said. “It was a quest to don that vigilante cape in the face of rising antisemitism in the world — racism, xenophobia. It was a desire to shed light on hidden crimes and hidden truths. And it was also kind of a desire to create a sense of catharsis and wish fulfillment for a young Jewish kid growing up on Long Island who wanted to see superheroes who looked like him on screen.”

In theory, that’s intriguing. But on screen, there’s something weirdly off-putting about “Hunters.” It seems strange and disrespectful to say that a show about Nazi hunters is too dark, too mean-spirited and not funny enough … but that’s the way this turned out.

“It’s somewhat eccentric,” Pacino said, in an understatement. “There are a lot of elements in it that catch you off guard — can’t believe it really. ... You never know when a joke is going to come. And sometimes there’s a joke.”

The show’s tagline is “Revenge is righteous,” but is it?

“The question that the show poses is — if you hunt monsters, do you risk becoming a monster yourself?” Weil said.

Is it righteous to ignore the legal system and torture and murder Nazis? It’s an intriguing question. But, like so much of “Hunters,” the idea is better than the end result.

END_OF_DOCUMENT_TOKEN_TO_BE_REPLACED 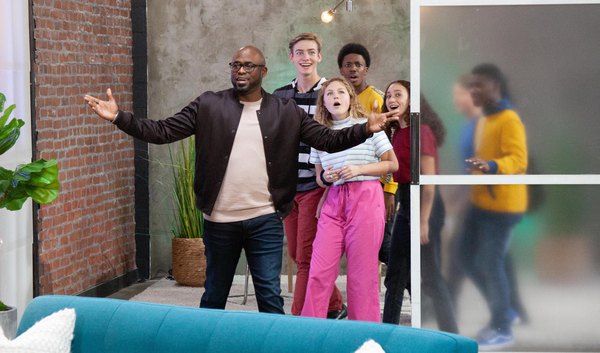 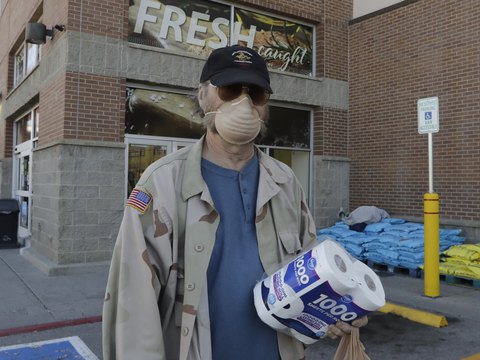 Ask Ann Cannon: My sister wants her dog to come to the family reunion
By Ann Cannon • 1d ago
END_OF_DOCUMENT_TOKEN_TO_BE_REPLACED
L

For the first time, Utah reveals how many ventilators it has, and it may be enough
By Nate Carlisle • 15m ago

Emily Bell McCormick: A reminder that the future of equality is bright
43m ago