An extraterrestrial landscape will glow from the vaulted ceiling of The Gateway’s historic Union Pacific train depot. A Light-Art-House will beam rippling water around the Olympic fountain, where a towering crystal sculpture forest will shine.

Look up, and you may find yourself dancing on the clock tower. Virtual reality films will immerse guests in other worlds, while electro-scifi band Conquer Monster rocks the dome inside Clark Planetarium.

More than 40 artists who work in light and technology are collaborating for the third annual Illuminate festival Friday and Saturday, Nov. 8 and 9. Illuminate is Utah’s Light Art and Creative Technology Festival, which is free and scheduled for 5 to 10 p.m. both nights.

This year’s festival has a winter wonderland theme, said Derek Dyer, executive director of the Utah Arts Alliance. Near the fountain, he said, there will be “seven crystal sculptures that are larger than life. So you will get to walk through them, like in some kind of fantasy storybook land.”

The nine indoor art venues at The Gateway include the Utah Film Center’s VR Lounge, which will show virtual reality films and short documentaries about international light-based installation artists.

“The VR experiences are also using light and tools of understanding vision in different ways,” said Davey Davis, Utah Film Center’s program manager. “We’re going to be playing a variety of VR experiences that explore the way we see and the way we represent things visually.”

Outside, there will be live music and DJs performing on the main stage, concessions, including a full bar, and art on just about every corner. Many storefront windows will have an illuminating element, created by artists, that will stay up throughout the holidays.

Dreamscapes, an interactive, 17-room art installation in The Gateway that first opened as a smaller version during last year’s Illuminate festival, will celebrate its anniversary by offering guests half-off ticket prices on both days.

A luminescent waterfall flows inside Dreamscapes, thanks to projection mapping by artist David Giardinelli. His projection pieces will appear throughout the Illuminate festival, from large projections onto buildings to immersive projections inside rooms.

Projection mapping, as he describes it, uses a projector to trace out the geometry of an object and then uses video to create illusions on the surface of the object.

Like a haunted house — but artful instead of scary: Immersive ‘dreamscapes’ is open in Salt Lake City

Paintings from the Smithsonian are hanging at the Utah Museum of Fine Arts. An expert explains why they matter.

“You can use these video projection mapping techniques to create effects that you wouldn’t be able to otherwise, like walking through a waterfall without getting wet,” Giardinelli said.

He was born in India to a family of artists and musicians, grew up in Italy and moved to the United States in 2007. He was experimenting with video editing, film and programming as young as 13, and when he saw a YouTube video on projection mapping in 2011, he began doing custom imagery for events.

Examples of projection art can be seen all over the world. Obscura Digital’s architectural projections have enlivened Chicago’s 1930s-era Merchandise Mart and San Francisco’s Exploratorium museum. A vivid synchronized light show is often projected onto the Sydney Opera House. All of these incorporate the building facade as the canvas and create optical illusions with the technology.

Giardinelli has seen the technology improve and foresees a day when it will be as seamless as the holodeck used on the starship Enterprise in “Star Trek” productions. For him, festivals like Illuminate showcase what he calls “hidden gems” of art in Salt Lake City.

“It encourages more of that to happen here, and a whole new generation of kids and young students coming to visit the festival get inspired to make more of that kind of stuff,” said Giardinelli.

Festivalgoers will be able to work with artists to create avatars from images of themselves, which can then appear on the screens on The Gateway’s clock tower, Dyer explained. “You can choose to give yourself a unicorn head or a bunny rabbit head or something like that … and then you appear back up on the digital tower,” he said.

A STEAM Lab, like many of the festival’s other art installations, will invite people to interact with its light-based features. Inside the lab, guests will find photoreactive vinyl that reacts to blue light frequencies and records their energy trails, 3-D alphabet prints that glow in the dark, and an LED interactive wall built from reclaimed woodworking projects. (STEAM stands for science, technology, engineering, art and mathematics.)

“The STEAM Lab is going to be pretty dark as far as ambient light goes, because most of our projects involve different colors of light, different light that’s reactive, and we really want to make that pop,” said Melissa Mia Allen, board president of Make Salt Lake.

They hope is that people will play with and contribute to the art, and even come in costume.

“You can go all out and showcase whatever crazy light or technology-inspired thing that you have and love,” said Allen. “You can also do something as simple as throwing on a white T-shirt” to reflect the black lights, she said.

Allen also hopes to “explain the little nuggets of science” behind every project. Many of them involve science, math, coding and technology, which is sometimes what inspires people to create, and which, for her, can be just as fun.

Other groups that will be involved in the STEAM Lab are high school FIRST Robotics Team AMES Amperes, which will demonstrate its robot, and Illuminating Engineering Society, a group of engineers, architects and designers who will showcase interactive creations focused on different types of engineered light in spaces.

The festival “is 1,001 incredible opportunities to take really amazing fun photos for your Instagram,” said Allen. “Bring a date, bring your kids. There are so many touch points where you get to touch and feel and play and do things.”

This year, the festival will also incorporate Edison Street to the east, in downtown Salt Lake City. The Blocks will unveil its downtown public art and mural app, and a new mural, at a kickoff event from 4 to 8 p.m. on Friday.

For people worried about the cold Friday and Saturday, there will be outdoor fireplaces and other warming stations with propane heaters, in addition to the indoor venues. Organizers schedule the festival on the weekend following the end of daylight saving time, when darkness falls earlier, so families can enjoy the light show during earlier hours.

“We’re bringing a little bit of warmth to these cold months,” said Giardinelli. “It’s like putting up the Christmas lights. This tradition of lighting up things brings a little bit more warmth, and I think it does a lot to have that in your winter.”

ILLUMINATE LIGHT ART AND CREATIVE TECHNOLOGY FESTIVAL
The third annual Illuminate Festival, a free two-day community event, features art installations from more than 40 artists who use light and technology as their medium.
Where • The Gateway, 400 W. 100 South, Salt Lake City
When • From 5 to 10 p.m. Friday and Saturday, Nov. 8 and 9
Admission • Free and open to all ages
Schedule • Online at www.utaharts.org/illuminate-salt-lake

END_OF_DOCUMENT_TOKEN_TO_BE_REPLACED 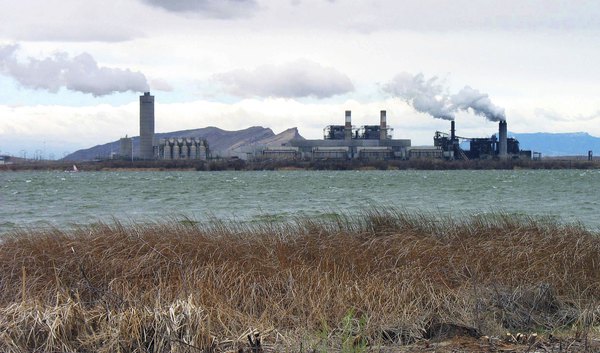